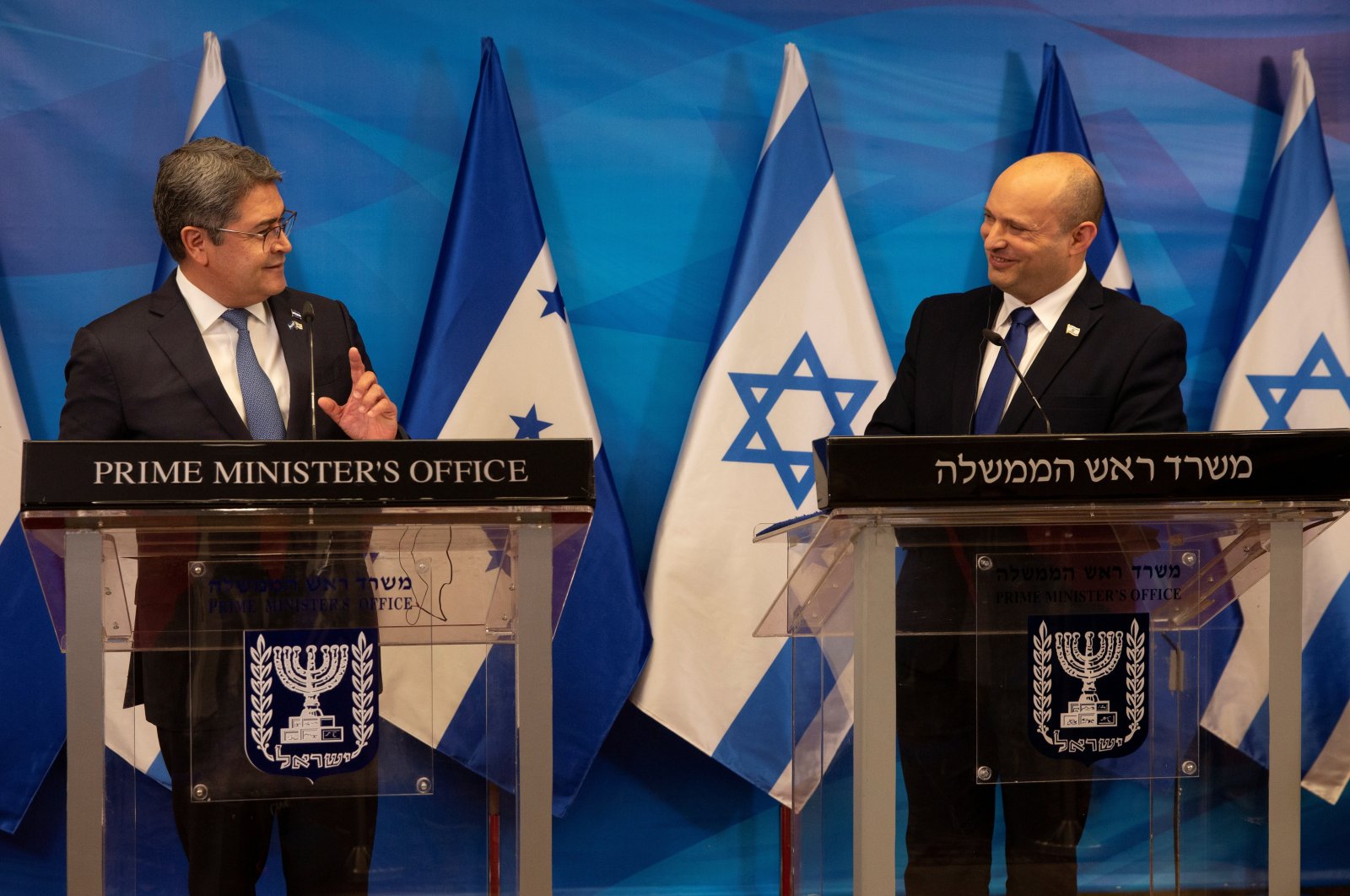 Turkey's Foreign Ministry condemned Honduras for moving its embassy from Tel Aviv to Jerusalem in a statement made late Thursday.

"It was an unfortunate development that Honduras moved its embassy in Tel Aviv to Jerusalem and the opening of the embassy took place today (June 24). We condemn this decision,” the Foreign Ministry said in a statement.

"By this step, Honduras has violated international law, including United Nations resolutions on the status of Jerusalem, damaging its vision of a two-state solution and peace prospects in the region,” it said.

Turkey also invited Honduras to return from "this misstep.”

In a statement, the Israeli Prime Minister's Office said Bennett received Hernandez at the prime minister's residence in West Jerusalem.

The two leaders held a one-on-one meeting and then a working session with the participation of other Honduran officials and Israeli Foreign Minister Yair Lapid.

The two countries also signed memorandums of understanding on cooperation in agriculture, water resources management, health and education, and the sharing of scientific innovations.