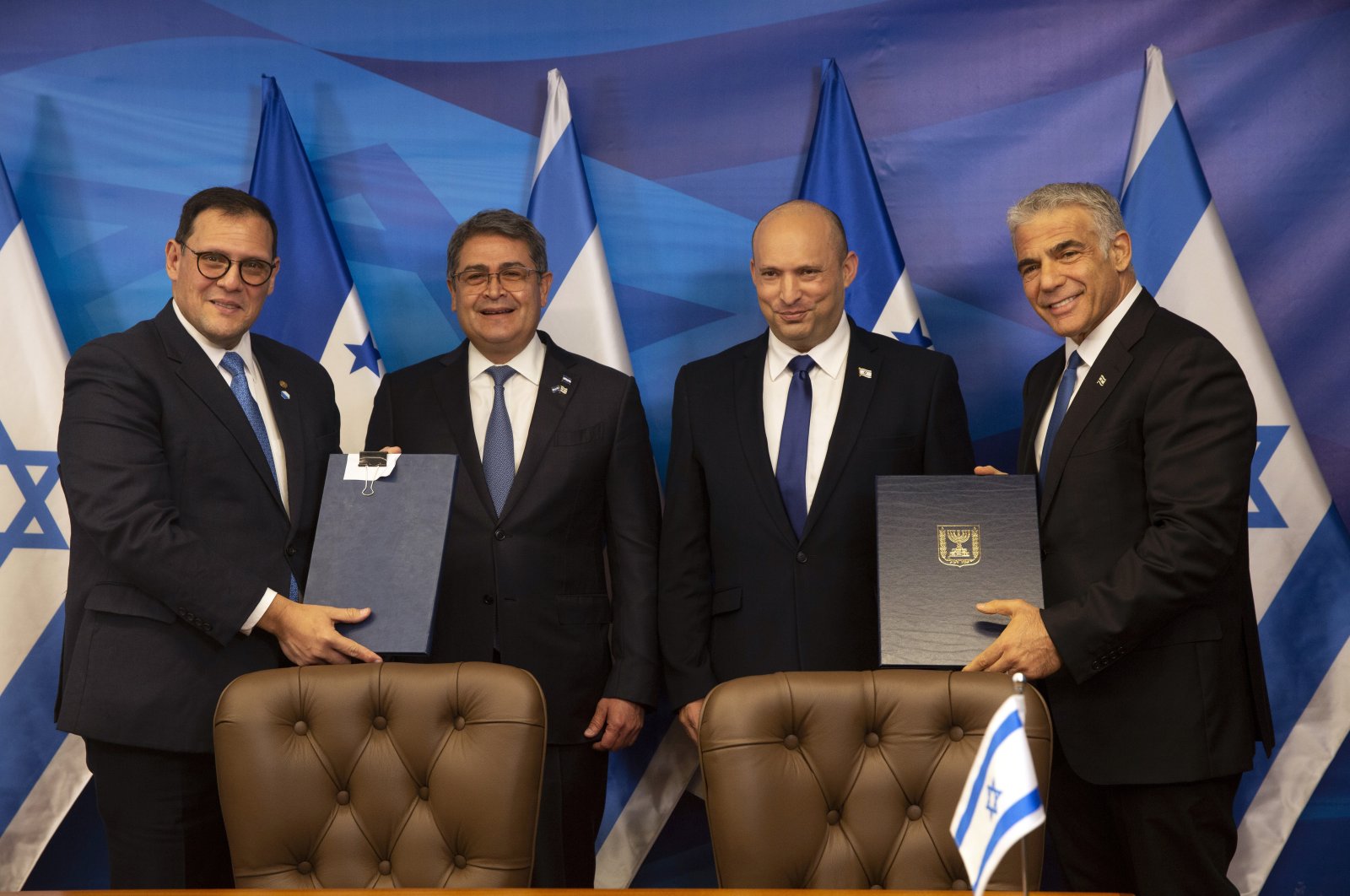 In a statement, the Israeli Prime Minister's Office said that Bennett received Hernandez at the prime minister's residence in West Jerusalem. The two leaders held a one-on-one meeting and then held a working session with the participation of other Honduran officials and Israeli Foreign Minister Yair Lapid.

"Under your leadership, Honduras stands consistently with Israel in international institutions," Bennet said, addressing the Honduran president, according to remarks carried by Anadolu Agency (AA).

Also, Bennett shared his policy toward the Gaza Strip saying: "Things will be different from now on, for Gaza, the rule we act on is simple: their actions either bring them closer to us or push them away from us. They will be tested not by the statements they make but by the actions they take."

Israel views Jerusalem as its unified capital, while the Palestinians want East Jerusalem as the capital of their future state. The rival claims were at the heart of the unrest in April and May that eventually ignited an 11-day Gaza war.

The U.S. inaugurated its embassy in the city in 2018, and Guatemala, Kosovo and Honduras followed suit. Paraguay opened its embassy in Jerusalem in 2018 but then reversed course months later.

Most countries maintain embassies in Tel Aviv because of Jerusalem's disputed status – one of the thorniest issues in the Middle East conflict. Hernandez, who visited the holy city in 2019, had pledged to move his country’s embassy to Jerusalem. Israel’s then-Prime Minister Benjamin Netanyahu in turn pledged to reopen the Tegucigalpa embassy, as The Associated Press (AP) reported.

Palestinian civilians and protesters were attacked by Israeli police in East Jerusalem on a nightly basis during the Muslim holy month of Ramadan over restrictions on a popular gathering place, Israeli attacks on Palestinian worshippers in the Al-Aqsa Mosque and other grievances, triggering the most recent 11-day Gaza war.

The Trump administration’s decision to fulfill a longstanding U.S. promise and move the embassy to Jerusalem, following Washington’s recognition that the city was Israel’s capital, flew in the face of international consensus and angered the Palestinians.

The Palestinian factions demand the lifting of the blockade on Gaza completely and allowing the reconstruction of the strip, which is inhabited by more than 2 million Palestinians. However, Israel refuses to allow reconstruction before Hamas releases four Israelis, including two soldiers, who are being held in Gaza, a proposal which is rejected by the movement that insists on the necessity of concluding a prisoner exchange deal.