Bennett in Israel: Glimmer of hope or business as usual? 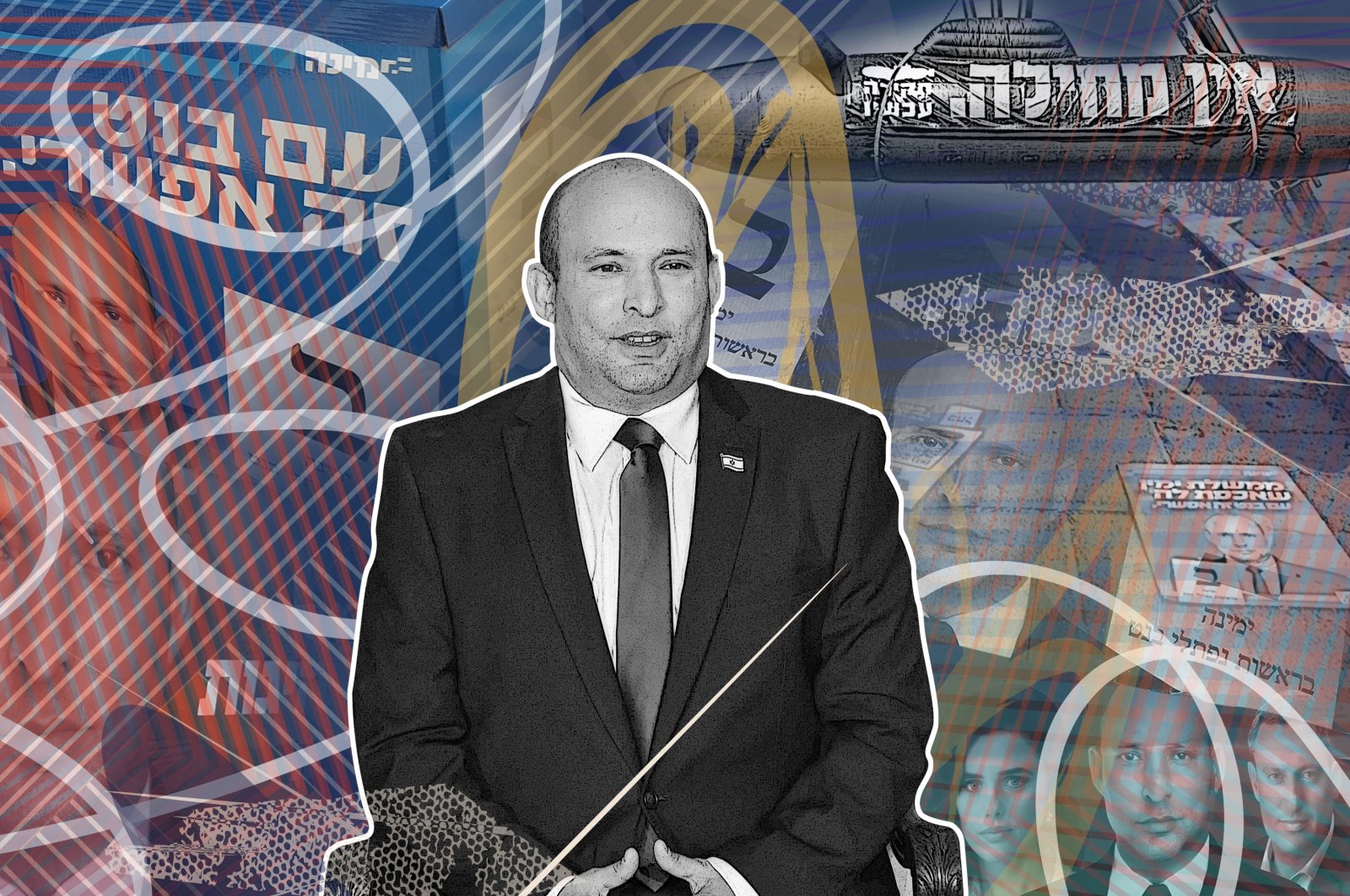 The Israeli Parliament's (the Knesset) most recent session sealed the fate of Prime Minister Benjamin Netanyahu's 12-year-long dominance of the Israeli political scene. After many years, his rule is now over.

With intermittent heckling, continuous chaos and recurrent chants of "liar" and "shame" doing the rounds, this transition was anything but smooth.

Naftali Bennett, leader of the right-wing alliance Yamina and former defense minister, was sworn in as the 13th prime minister of Israel, heading a coalition of eight parties with different ideologies ranging from the extreme right to the center and the left and, strangely, for the first time a party representing the Palestinians as well.

Netanyahu's opponents always identified the reasons for his continued dominance of Israeli politics as long-divisive rhetoric, underhanded political tactics, frequently resorting to existential threats and not shying away from bartering the nation’s long-term interest for his immediate political survival. His last speech in Knesset before the crucial confidence vote exhibited all of this.

By resorting to recall "Auschwitz" and bragging about his refusal to accept even U.S. President Joe Biden's request related to talks with Iran, Netanyahu remained undeterred and continued making last-ditch efforts to retain his power.

The newly sworn-in Bennett, a right-wing provocateur and a former leader of the settler movement, exhibited a more conciliatory tone in his inaugural speech. He underlined his coalitions’ immediate priority of "healing a divided nation that was descending into a maelstrom of hatred and infighting" and "working for a united Israel."

Under the rotational agreement which formalized this coalition, Bennett will be replaced after two years by Yair Lapid of the Yesh Atid party as the prime minister.

A hardliner to the core, Netanyahu made his mark on the political scene when he was appointed the Israeli ambassador to the U.N. He vehemently denounced the Oslo Peace Accord and was a trenchant critic of former Prime Minister Yatzhik Rabin.

When Rabin was killed by a hardline Jew, critics cited Netanyahu's hyperbolic speeches as a possible source of extremist inspiration. During his second political foray as the finance and foreign minister in Ariel Sharon's ministry after his premiership from 1996 to 1999, he even parted ways with Sharon over a disagreement regarding the Gaza disengagement plan (2005).

Since 2009, when he successfully forged a coalition to lead the government, Netanyahu has been at the helm of affairs despite the indecisive 2019 election, wherein no party was able to conclusively form the government although three more elections have been held since then.

Among the many achievements that Netanyahu’s supporters proudly proclaim are:

However, critics remark that these came at a huge cost, such as:

Aside from having to deftly manage the possible fragility of the new coalition government, Bennett will find it quite challenging to manage Israeli citizens' aspirations in a new world with a more focused "gaze" on Israeli actions.

The brazenness of the recent war, as witnessed particularly by the killing of Palestinian children and destruction of buildings housing media outlets, resulting in a hitherto unprecedented murmur even in the U.S. Congress and widely tackled by world media, will take time to overcome.

With a possible investigation of Israel for war crimes under international law, Bennett's core constituency, the extreme right-wing, may be the first to cast aspersion on this coalition's capability.

The post-pandemic economic recovery is a big challenge too, further compounded by the expenses of a recent war. Given the nature of the coalition, decisive headway on the domestic front could again be fraught with possible risks for the government's survival.

Bennett’s initial exhortation "to ensure Israel’s national interest in the West Bank, expand the building of homes" while vowing to continue opposing Iran’s nuclear deal exhibits the sign of political pragmatism needed to successfully make it through a full term.

Reeling from 12 years of Netanyahu's premiership, Israeli citizens are only cautiously optimistic of this change. Not being in power will nullify the probable immunity Netanyahu would otherwise have pushed to escape his trial of criminal charges of financial fraud, bribery, and breach of trust.

The coalition may ensure more transparency. However, Israeli citizens are aware of its limitations. For the Palestinians, such a change doesn't matter much even though the United Arab List, representing the 21% Arab minority, is a part of the coalition government.

Though Biden, in his congratulatory note to Bennett, has underlined that "Israel has no better friends than the U.S.," apart from the usual commitment "to advance security, stability and peace for Israelis, Palestinians and people throughout the region," it will be quite challenging for the new Israeli government to negotiate with the U.S. in the changed circumstances after the recent Israeli intransigence – when some U.S. Congress members openly slammed U.S. support for Israel.

This will have far-reaching ramifications both in the immediate geopolitical context and the wider regional milieu.