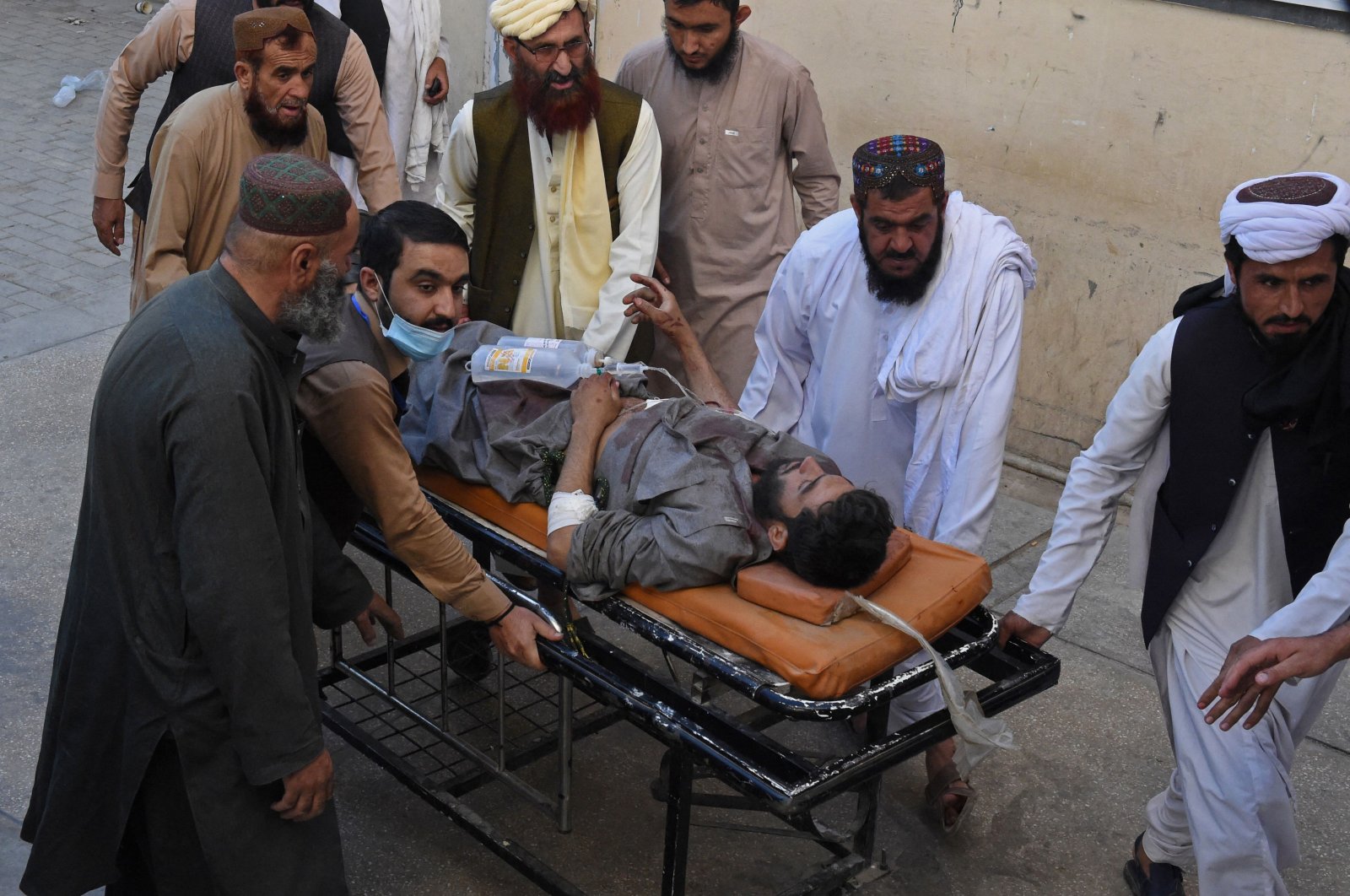 People push a stretcher carrying a victim who was injured in a bomb blast during a pro-Palestinian rally in which six people were killed and another 14 wounded, in Chaman, Balochistan province near the Afghanistan border, Pakistan, May 21, 2021. (AFP Photo)
by Anadolu Agency May 21, 2021 5:57 pm

"We are deeply saddened to learn that a bomb attack targeting a demonstration in the Balochistan province of Pakistan against Israel's operations against civilians in Gaza, resulted in the loss of lives and left people injured," the Foreign Ministry said in a statement.

"We strongly condemn this heinous act of terrorism and hope that the perpetrators will be brought to justice. We wish Allah's mercy upon those who lost their lives and speedy recovery to the injured and convey our condolences to the friendly government and the brotherly people of Pakistan," the statement added.

At least six people were killed and several others injured in a bomb blast at a pro-Palestine rally in Pakistan's southwestern Balochistan province on Friday, officials said.

The blast occurred in a busy street in Chaman district, which borders neighboring Afghanistan, Liaquat Shahwani, a spokesperson for the Balochistan government, told Anadolu Agency.

Pakistan this Friday is observing Palestine Solidarity Day in support of Palestinians. Officials and activists have organized rallies and demonstrations in response to Israel's latest escalation on Gaza, which killed at least 243 Palestinians, including dozens of women and children. A cease-fire was reached late Thursday.