6 killed, dozen injured in attack on pro-Palestine rally in Pakistan 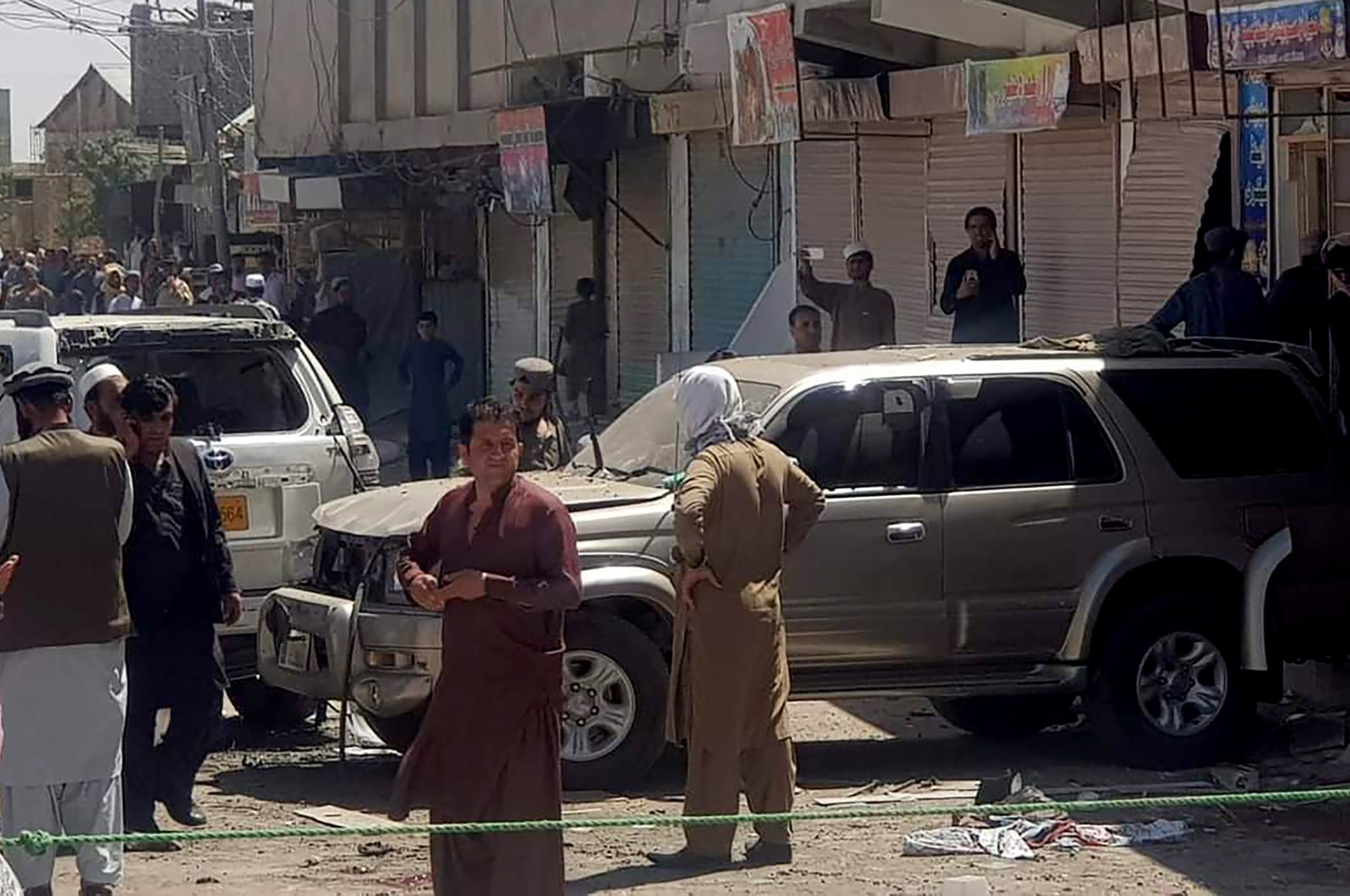 Police officers and local residents gather beside damaged vehicles at the site of a bomb blast in Chaman, southwestern Pakistan, May 21, 2021. (AP Photo)
by French Press Agency - AFP May 21, 2021 2:00 pm
RECOMMENDED

At least six people were killed and 14 more wounded in a bomb attack at a pro-Palestinian rally in a Pakistani city bordering Afghanistan on Friday, officials said.

"It was an improvised explosive device which went off as participants began to disperse," said Tariq Mengal, a senior local administration official in Chaman, Balochistan province. A second official confirmed the incident and toll.

Thousands of people rallied in support of the Palestinians across Pakistan Friday, hours after a cease-fire was announced between Israel and Palestinian resistance group Hamas which governs the Gaza Strip.

Friday's blast comes just weeks after a suicide bombing in the provincial capital of Quetta struck a luxury hotel where the Chinese ambassador was being hosted. That attack was later claimed by the Pakistani Taliban. Chaman has long served as a gateway for Afghan Taliban militants entering Afghanistan from their alleged shelters in Balochistan, where the group's leadership council is believed to be based.

Balochistan is Pakistan's largest and poorest province despite being rich in natural resources. Resentment has been fueled by billions of dollars of Chinese money flowing into the region through the China-Pakistan Economic Corridor (CPEC) – a key part of Beijing's Belt and Road Initiative – which locals say gave them little benefit as most new jobs went to outsiders.