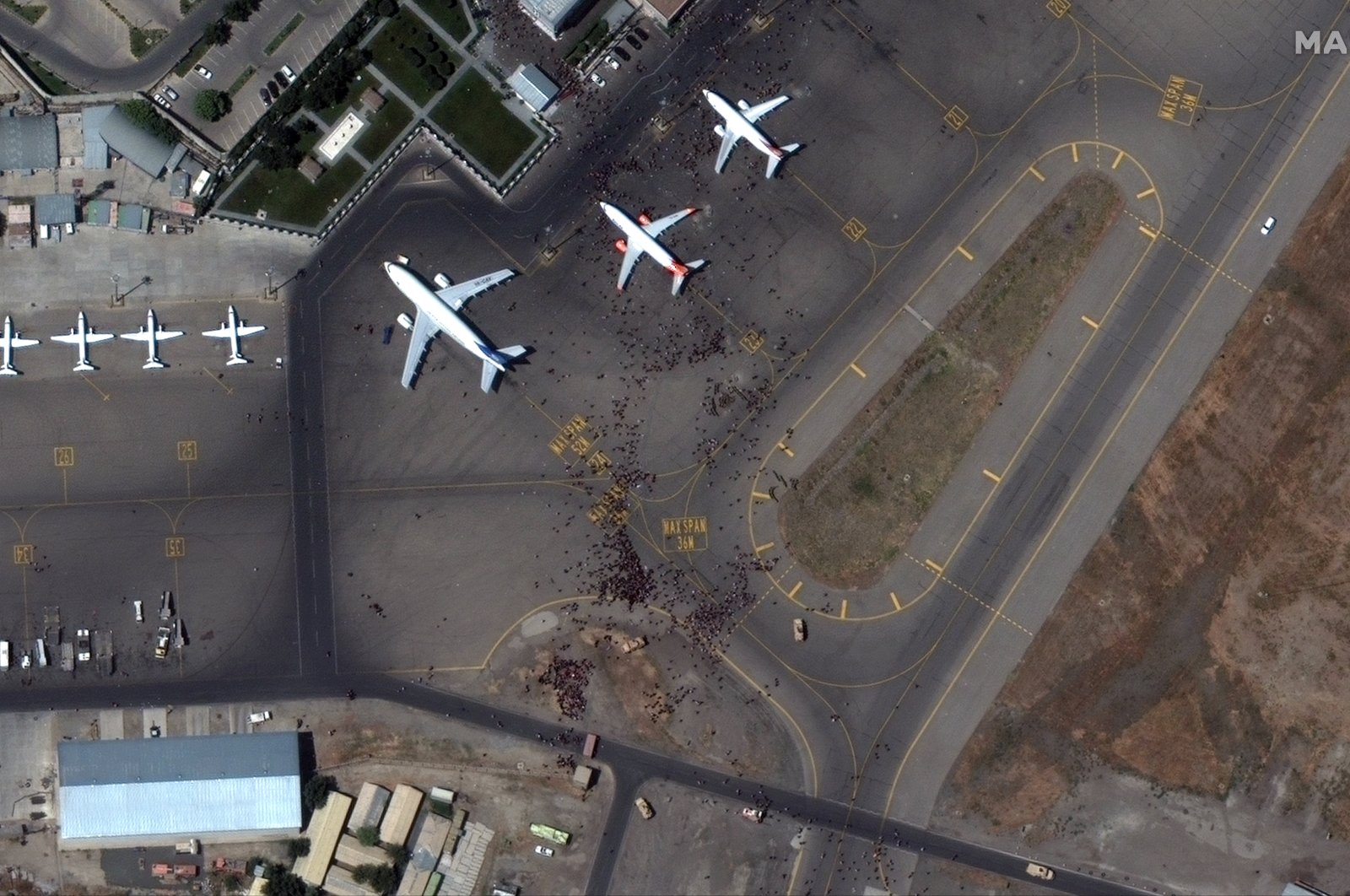 “There is no such decision taken yet,” sources told Daily Sabah.

Earlier on the same day, Reuters and Bloomberg reported that Turkey had abandoned plans to take control of the Kabul airport as the Taliban took control of Afghanistan and a transitional government is formed.

"At the point reached, there is total chaos at Kabul airport. The order has been completely disrupted," one of the sources told Reuters, speaking on condition of anonymity. "At this stage, the process of Turkish soldiers taking up control of the airport has automatically been dropped," the person added.

Turkish President Recep Tayyip Erdoğan, who has called for calm in Afghanistan and criticized the Taliban's advance, said last week he could meet with the Taliban as part of efforts to end the fighting in Afghanistan.

Turkey, which has 600 troops in Afghanistan, has offered to deploy troops at the Kabul airport after NATO withdraws and has held talks with the United States for weeks. Erdoğan has asked the U.S. and other allies to meet financial, logistical and diplomatic conditions.

Afghan President Ashraf Ghani said Sunday that, "The Taliban have won with the judgment of their swords and guns, and are now responsible for the honor, property and self-preservation of their countrymen," after fleeing the country as the militants entered the capital virtually unopposed, saying he wanted to avoid bloodshed. The ensuing hours saw hundreds of Afghans desperate to leave flood the Kabul airport.