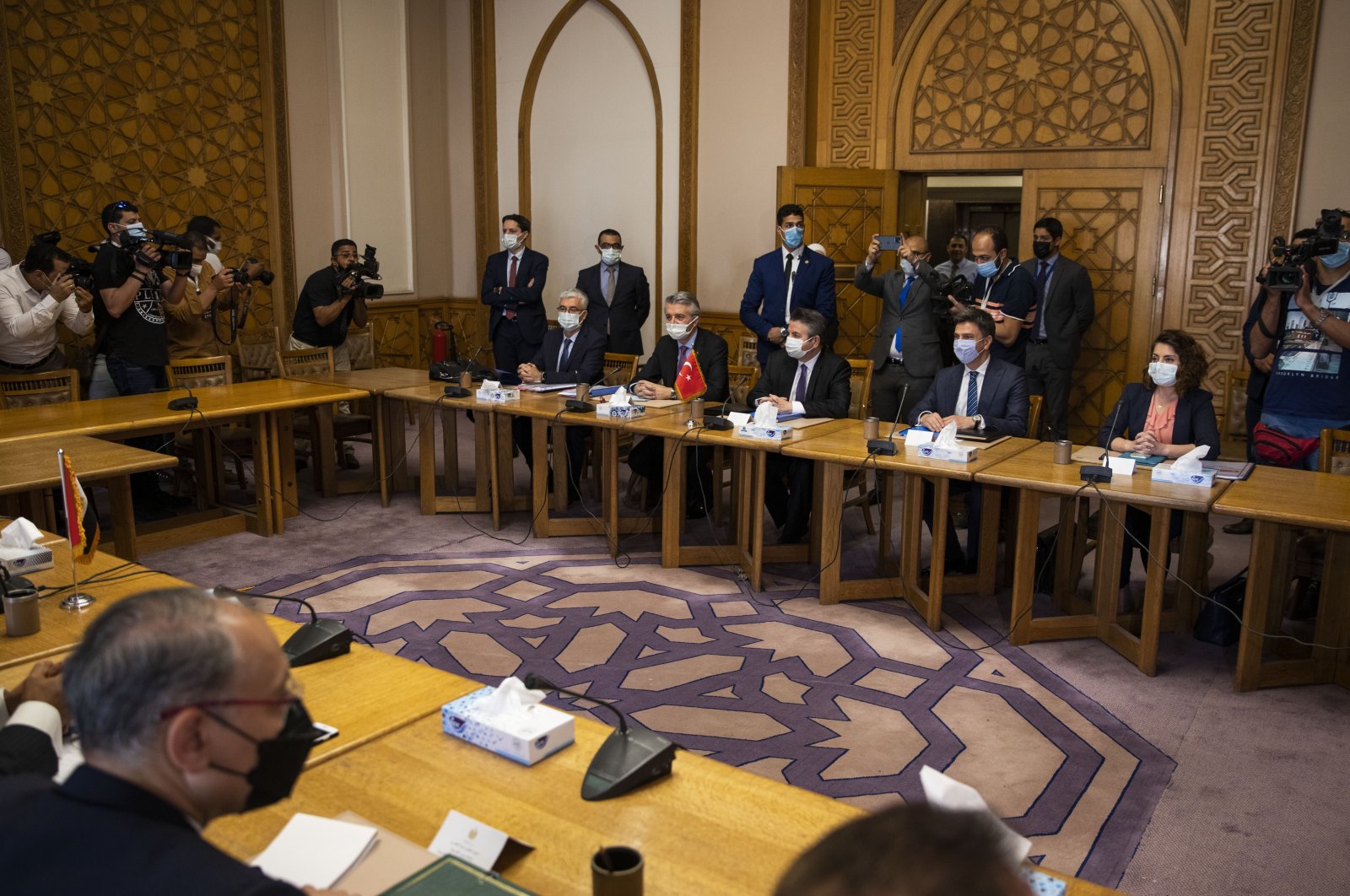 Egypt's relations with Turkey are on the path to normalization after seven years as the country marks its Liberation Day Friday, an expert said.

Speaking to Anadolu Agency, Ismail Numan Telci, the deputy director at the Ankara-based Center for Middle Eastern Studies (ORSAM), said the recent move by the two countries was aimed at finding a middle ground based on common interests.

Most recently, the two countries have exchanged positive signals on establishing contacts and the possibility of talks to demarcate their maritime borders in the Eastern Mediterranean.

On June 1, Turkish President Recep Tayyip Erdoğan said that Turkey and Egypt have a vast area of cooperation from the Eastern Mediterranean to Libya. He said that Ankara is determined to restore relations with Cairo.

Turkish and Egyptian delegations held two days of political consultations in Cairo from May 5-6, the Egyptian Foreign Ministry said.

Exploratory talks between Turkey and Egypt were "frank and in-depth," according to a joint press release from the two delegations.

Telci said that Turkey's close relations with the legitimate government in Libya may have been a consideration for President Abdel-Fattah el-Sissi's administration to opt for the rapprochement as a stable environment in Libya will be economically beneficial for both countries.

In February, a United Nations-led Libya forum elected Mohammad Menfi as head of the presidential council and Abdul Hamid Dbeibah as prime minister.

The expert said the exploratory talks between Ankara and Cairo may stimulate economic relations and offer significant advantages to Egypt and Turkey in mutual trade relations.

"The mobility in bilateral relations may also have important repercussions in the field of tourism as the peoples of the two countries have strong cultural and historical ties," he said.

According to Telci, recent developments may also help the activities of institutions such as the Yunus Emre Institute, Turkey's state-run aid agency TIKA and similar organizations in Egypt to work in each other's countries, which may result in new collaborations in the field.

The expert further said that the two countries may start negotiations on a possible maritime jurisdiction deal in the Eastern Mediterranean to bring serious gains to both sides.

"With the envisaged agreement, Turkey can secure its eastern borders in the Eastern Mediterranean and keep Egypt, a country which has a long coastline in the Mediterranean, onside," he said.

Telci was confident that the scenario would completely nullify the projects of the Greek Cypriot administration and Greece, which have formed an anti-Turkey front in the Eastern Mediterranean.

In an interview in early May, Turkish Vice President Fuat Oktay praised Egypt for respecting Turkey's exclusive economic zone (EEZ) while demarcating its maritime boundary lines recently in contrast to Greece, which has disputed Turkey's territory in the Eastern Mediterranean.

According to Oktay, the lines drawn by Egypt in its pursuit of new natural gas and oil reserves in the Mediterranean region respect Turkey's EEZ territory established through a maritime jurisdiction deal reached with Libya.

Relations between Turkey and Egypt deteriorated after Gen. Abdel-Fattah el-Sissi toppled the country’s first democratically elected president, Mohammed Morsi, in a coup after only a year in office. Ankara has maintained its position that a democratically elected president cannot be deposed by a military coup and thus, has voiced its criticism of el-Sissi and his backers, including the West and some of Ankara’s rivals in the Gulf region. The Egyptian government, on the other hand, urged Turkey not to intervene in an issue that it considers part of the country's internal affairs. The dispute led to a deadlock in bilateral relations for many years.

Recently, however, signs of a possible reconciliation have come from both countries, particularly due to the changing dynamics in the Eastern Mediterranean and the Turkey-Greece crisis over the region’s energy resources. Turkey and Egypt exchanged positive signals that pointed to establishing contacts and dialogue, including the possibility of holding talks to demarcate their maritime borders in the Eastern Mediterranean.

Earlier this year, Turkey said it had resumed diplomatic contact with Egypt and wanted to improve cooperation after years of tensions that began with the disruption of relations in 2013. On April 15, Turkish Foreign Minister Mevlüt Çavuşoğlu announced in a live broadcast that the two countries had agreed that the channel first opened between Turkish and Egyptian intelligence would continue through the foreign ministries. Çavuşoğlu said Egypt had invited the Turkish side for a visit in early May, which was held at the deputy foreign minister level. After an inter-delegation meeting, Çavuşoğlu expressed his willingness to meet with his Egyptian counterpart as well. The top diplomat also recently announced that the countries have discussed appointing envoys.

In May, a delegation of senior Turkish officials traveled to Egypt for an official visit – the first of its kind since 2013 – to discuss normalizing diplomatic relations amid efforts by the two countries to improve bilateral ties that deteriorated following the Arab Spring.

Rapprochement to help Palestinian cause

Telci said the rapprochement between the two countries may also help the Palestinian issue maintain a vital place on the international agenda.

Telci, however, said it may take some time for the two sides to fully instill trust in each other, while relations between the peoples of the two countries may develop in parallel with the increasing momentum of economic and commercial ties.