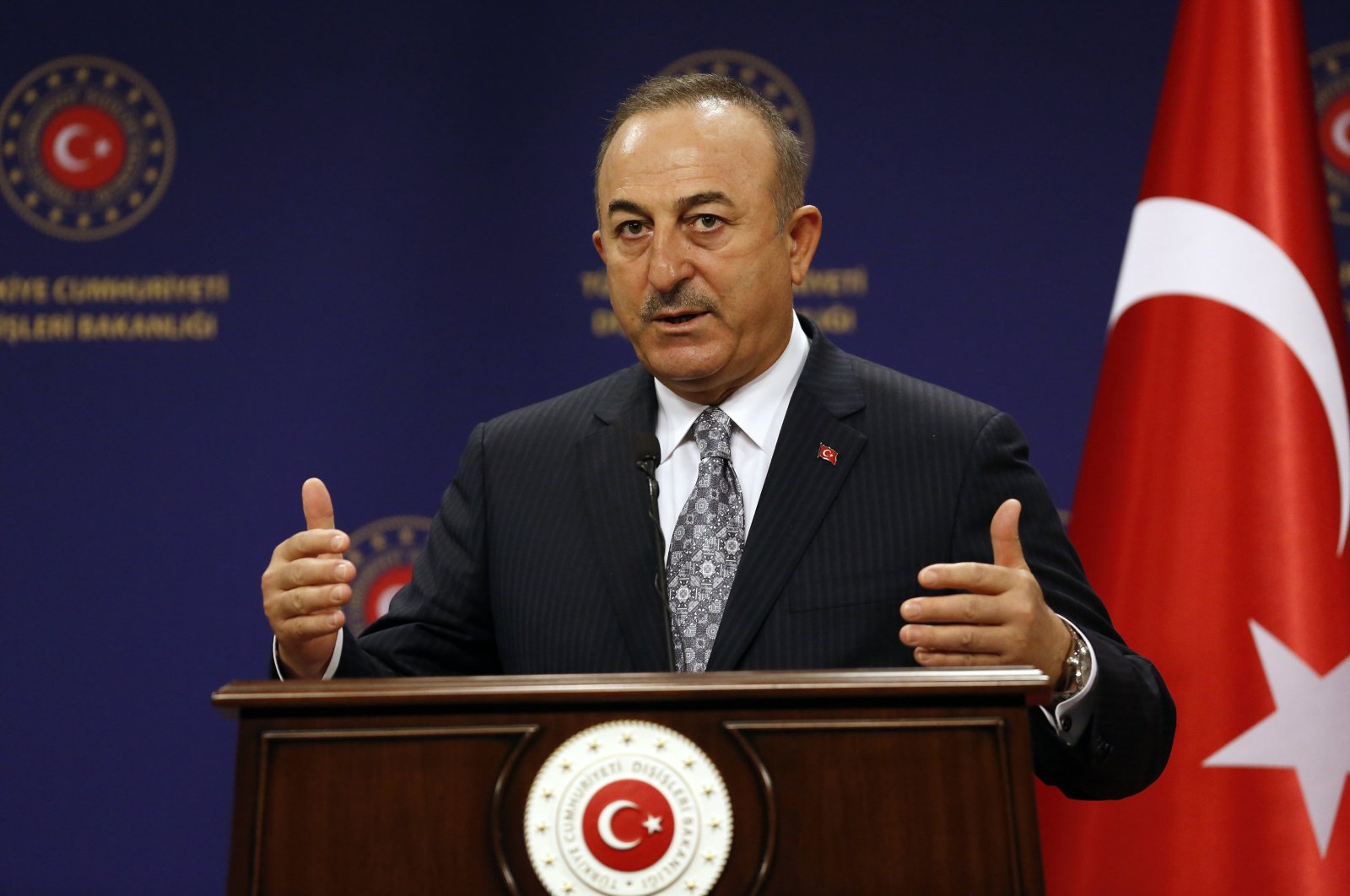 Foreign Minister Mevlüt Çavuşoğlu said a Turkish delegation would visit Egypt next month in the first step toward normalization of ties between the two countries.

Noting that he spoke with his Egyptian counterpart in a phone call, in which they both extended Ramadan greetings, Çavuşoğlu said the conditions are ripe for both sides to hold talks after eight years.

Çavuşoğlu and his Egyptian counterpart Sameh Shoukry spoke by phone Saturday, their first direct contact since a push by Ankara to improve strained ties between the regional powerhouses.

A Turkish delegation led by Deputy Foreign Minister Faruk Kaymakcı will go to Egypt in early May, Çavuşoğlu told a live broadcast on the channel NTV, as he highlighted the significance of Egypt in the region.

Last month, Turkey said it had resumed diplomatic contact with Egypt and wanted to improve cooperation after years of tensions that began with the disruption of relations in 2013.

Çavuşoğlu also welcomed the visit of his Greek counterpart Nikos Dendias, as he called it "pleasing." He continued by highlighting the importance of maintaining dialogue with NATO ally Greece.

"We do not need the EU or other countries to hold talks with Greece. There are issues of contention between us, but we need to openly discuss these issues," Çavuşoğlu said.

Regarding recent talks between Greece and Libya on maritime demarcation, Çavuşoğlu said they were not unusual, and countries are free to conduct such discussions.

Last year Greece signed an agreement with Egypt designating an exclusive economic zone in the Eastern Mediterranean, which Turkey has said infringes its own continental shelf, and which overlaps with the maritime zones it agreed with Libya.

Visiting Turkey for talks with the Turkish government over bilateral relations and the Eastern Mediterranean that are scheduled to be held Thursday, Dendias came to Istanbul as his first stop before moving to Ankara.

Last month's talks were the second meeting this year after the two sides met in Istanbul in January, ending a nearly five-year pause in the dialogue – taking place only after European Union pressure.

The latest talks did not start on the best foot after a diplomatic note from Ankara a day earlier drew a line in the sand. The note was addressed to Israel, Greece and the EU, telling them to seek Ankara's permission before proceeding with work on a proposed undersea power cable in disputed Eastern Mediterranean waters.

The two NATO allies have been at odds over a number of decades-old issues, including the extent of their continental shelves, overflights in the Aegean Sea and the ethnically split island of Cyprus. Turkey, which has the longest continental coastline in the Eastern Mediterranean, has rejected maritime boundary claims made by EU members Greece and the Greek Cypriot administration, stressing that these excessive claims violate the sovereign rights of both Turkey and the Turkish Republic of Northern Cyprus (TRNC). Both sides cite a range of treaties and international agreements to support their conflicting territorial claims.

The foreign minister also touched upon recent tensions in the Black Sea.

"Turkey is not picking a side in the conflict between Ukraine and Russia. We have good relations with both countries," he said, noting that Russia or any other countries should not be concerned about Turkey's actions as the country strictly implements the Montreux Convention.

The foreign minister noted that Ankara is in favor of peacefully resolving the conflict between the two sides and welcomes positive moves and would be pleased if diplomatic steps followed.

Çavuşoğlu said the U.S. has verbally informed Turkey about canceling the passage of its warships in the Black Sea but has not sent a written note yet.

U.S. warships destined for the Black Sea have turned back amid tensions between Russia and Ukraine, diplomatic sources said Wednesday.

The sources noted that the U.S. Embassy had informed Turkish authorities about the matter.

The warships are currently anchored off the island of Crete, the most populous Greek island.

Turkish diplomatic sources on Friday shared that the United States had notified Turkey two weeks earlier that it planned to send two warships through the Turkish straits toward the Black Sea in line with the Montreux Convention, adding that the vessels will remain in the Black Sea until May 4.

The move came as Russia bulked up its military presence on Ukraine's eastern border.