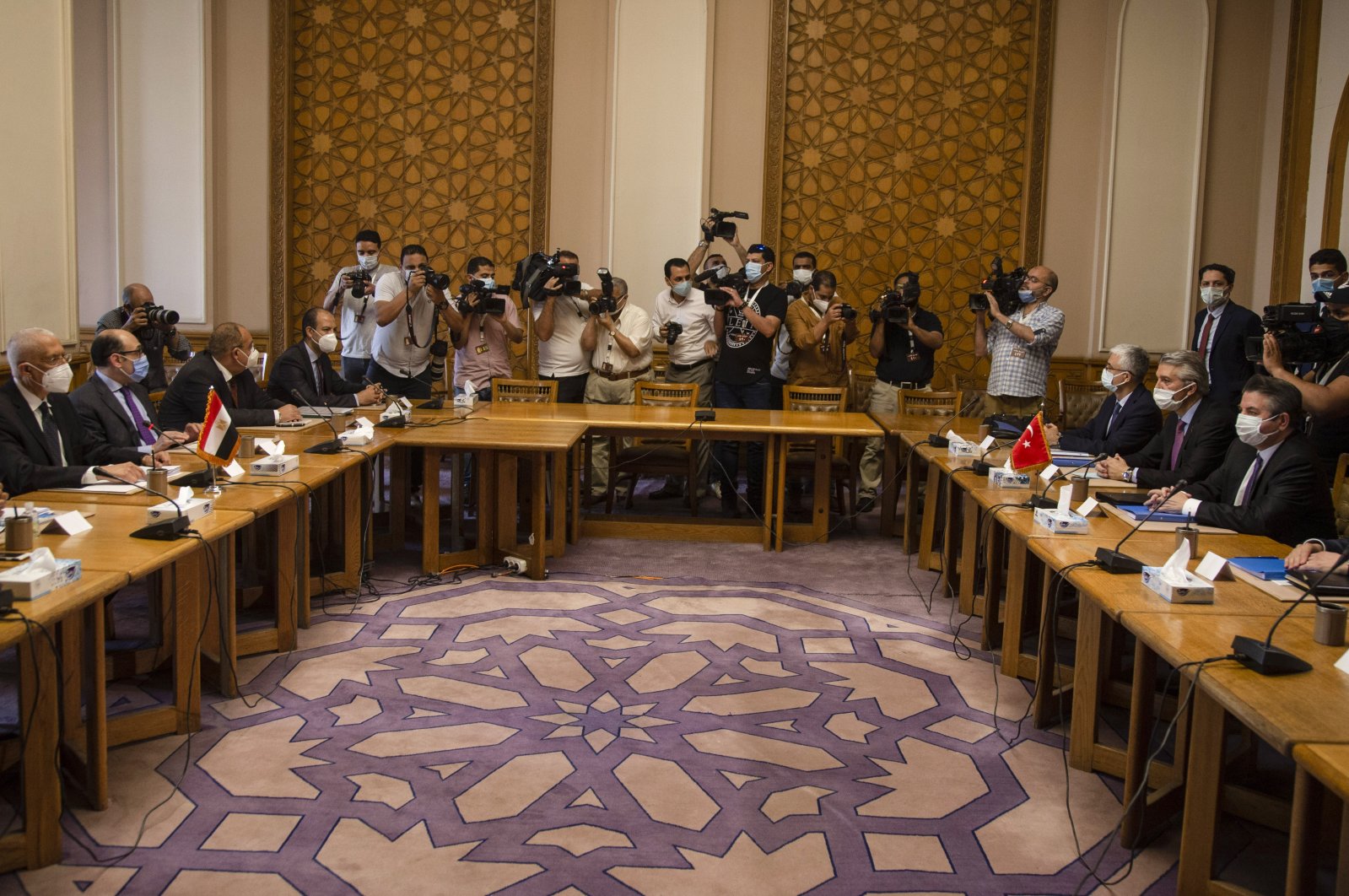 The talks between Turkish and Egyptian delegations during their two-day visit to Cairo were “frank and in-depth,” the Turkish Foreign Ministry said in a statement Thursday, adding that the two countries will evaluate the outcome of the round of consultations and agree on next steps.

A delegation of senior Turkish officials traveled to Egypt for an official visit – its first one since 2013 – to discuss normalizing diplomatic relations amid efforts by the two countries to improve bilateral ties that deteriorated following the Arab Spring.

The talks are being led by Turkish Deputy Foreign Minister Sedat Önal and his Egyptian counterpart Hamdi Sanad Loza. The Turkish Foreign Ministry said in a previous statement that these exploratory discussions will focus on necessary steps that may lead toward the normalization of relations between the two countries bilaterally and in the regional context.

Earlier this year, Turkey said it had resumed diplomatic contact with Egypt and wanted to improve cooperation after years of tensions that began with the disruption of relations in 2013. On April 15, Turkish Foreign Minister Mevlüt Çavuşoğlu announced in a live broadcast that it was agreed that the channel first opened between Turkish and Egyptian intelligence would continue through the foreign ministries. Çavuşoğlu said Egypt had invited the Turkish side for the visit in early May, which is to be held at the deputy foreign minister level. After an inter-delegation meeting, Çavuşoğlu expressed his willingness to meet with his Egyptian counterpart as well. The top diplomat also recently announced that the countries have discussed appointing envoys.