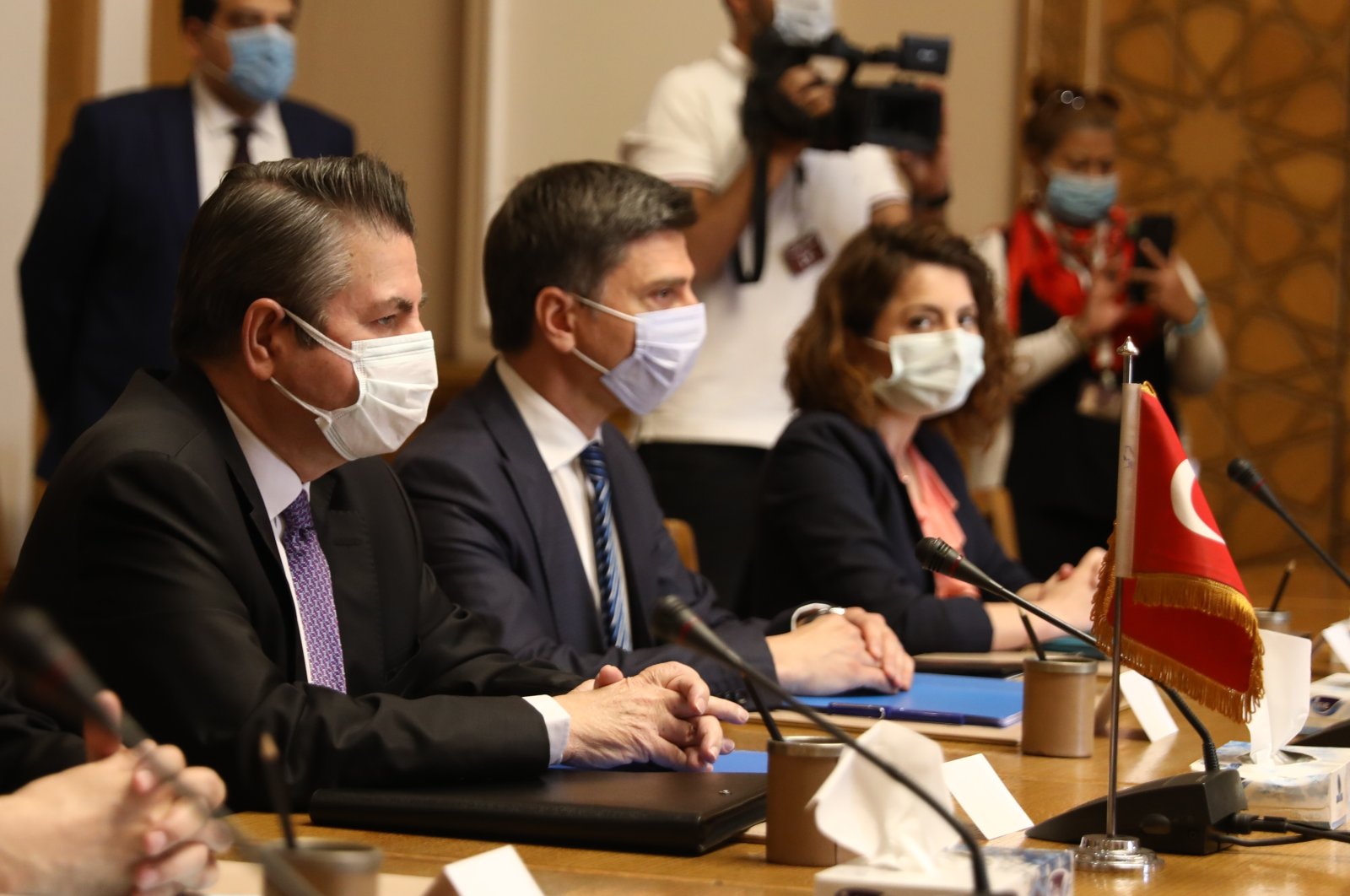 A delegation of senior Turkish officials on Wednesday paid an official visit to Egypt to discuss normalizing diplomatic relations amid efforts by the two countries to improve bilateral ties that deteriorated following the Arab Spring.

Political consultations between the countries during the two-day visit will be held under the chairmanship of Sedat Önal, Turkish deputy foreign minister and his Egyptian counterpart Hamdi Sanad Loza on May 5-6 in Cairo.

"These exploratory discussions will focus on necessary steps that may lead toward the normalization of relations between the two countries bilaterally and in the regional context," a statement by Turkey's Foreign Ministry said.

"Turkey and Egypt are the region's powerful countries, and there are many areas where they can act together and cooperate," a senior Turkish official told Reuters ahead of the talks.

Two Egyptian security sources also said Egyptian officials would listen to Turkish proposals for restoring relations but would consult Egypt's leadership before agreeing to anything.

Earlier this year, Turkey said it had resumed diplomatic contact with Egypt and wanted to improve cooperation after years of tensions that began with the disruption of relations in 2013. On April 15, Turkish Foreign Minister Mevlüt Çavuşoğlu announced in a live broadcast that it was agreed that the channel first opened between Turkish and Egyptian intelligence would continue through the foreign ministries. Çavuşoğlu said Egypt had invited the Turkish side for the visit in early May, which is to be held at the deputy foreign minister-level. After an inter-delegation meeting, Çavuşoğlu expressed his willingness to meet with his Egyptian counterpart as well. The top diplomat also recently announced that the countries have discussed appointing envoys.

The relations between Turkey and Egypt deteriorated after Gen. Abdel-Fattah el-Sissi toppled the country’s first democratically elected president, Mohammed Morsi, in a coup after only a year in office. Ankara has maintained its position that a democratically elected president cannot be deposed by a military coup and thus, has voiced its criticism of el-Sissi and his backers, including the West and some of Ankara’s rivals in the Gulf region. The Egyptian government, on the other hand, urged Turkey not to intervene in an issue that it considers as the country's internal affairs. The dispute led to a deadlock in bilateral relations for many years.