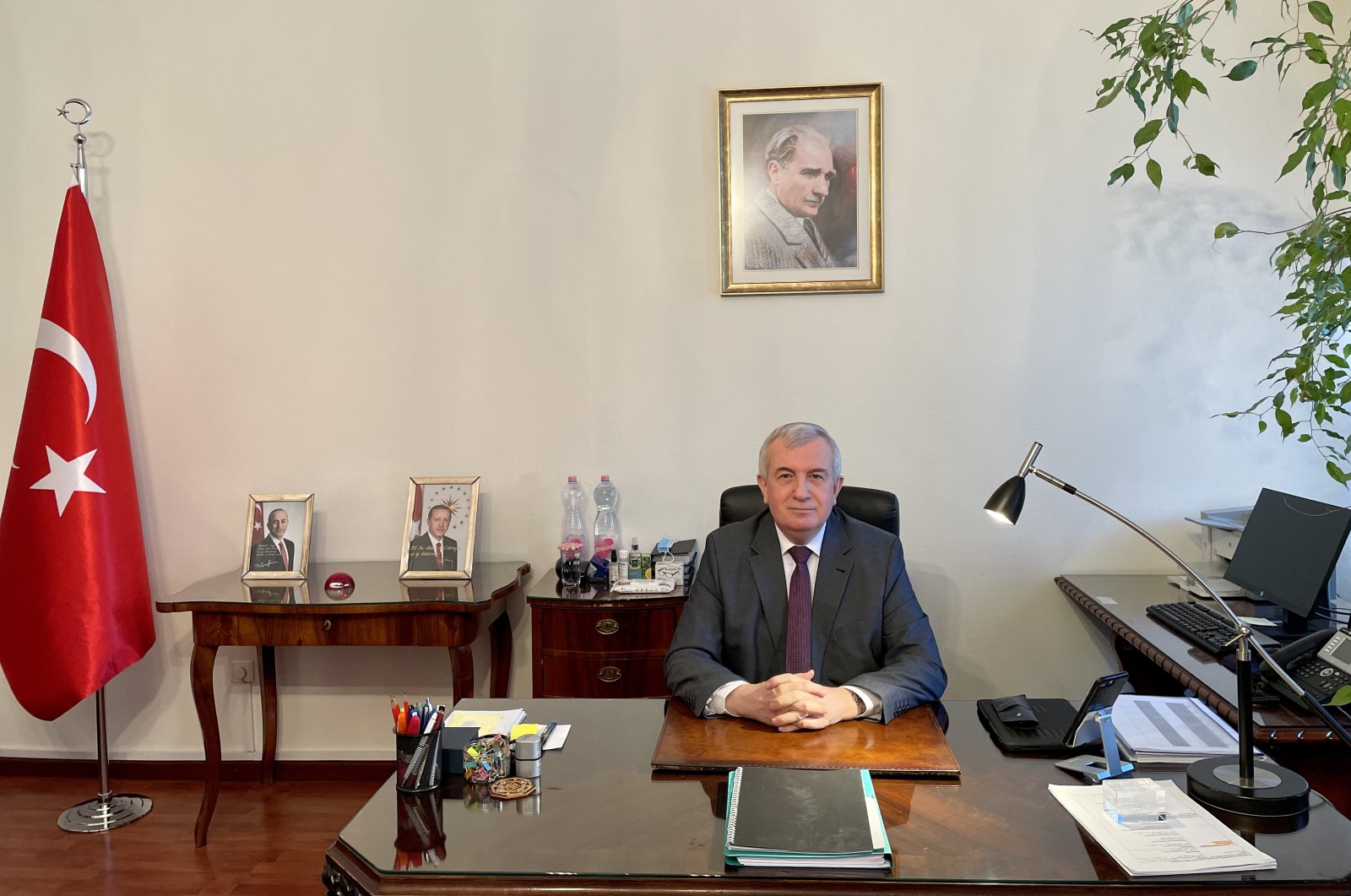 Turkey and Hungary enjoy strong relations and support each other on international platforms, Ankara’s envoy to Budapest said Monday.

Noting that 2021 has been a productive year in terms of visits and meetings between the two countries, Ambassador Ahmet Akif Oktay said relations have been strengthened through mutual agreements and cooperation.

He noted that the two countries also enjoy friendly relations and took serious steps last year, including the agreement to declare 2024 a year of reciprocal culture to mark the centenary of diplomatic relations.

Oktay also said Turkey welcomes Hungary’s swift response to repatriate over 500 historical artifacts confiscated in 2015 and 2016 to Turkey, noting that it is a symbol of the strength of friendship between the two countries.

Meanwhile, the envoy also noted that the two countries support each other on international platforms. For instance, he said Turkey provides all types of support to ensure that Hungary deepens its relations with the Organization of Turkic States.

Oktay also said the two countries may also carry out joint activities under the scope of the Organization of Turkic States and the Visegrad Group, which consists of Poland, Czechia, Hungary and Slovakia.

Officials from Turkey's Foreign Ministry are also expected to attend a meeting of the Visegrad Group in Budapest later this month, the envoy said.