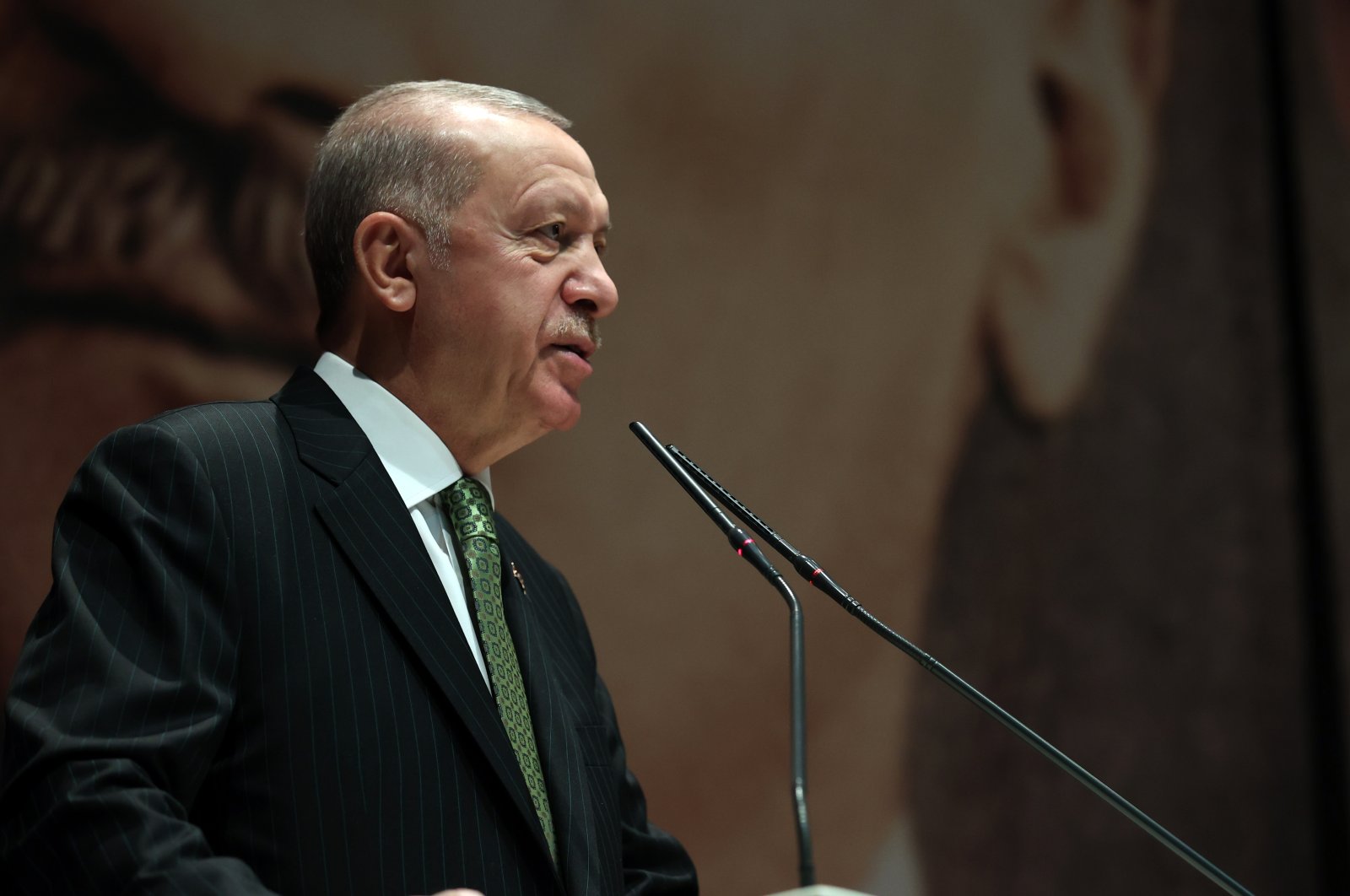 President Recep Tayyip Erdoğan held talks with leaders of Organization of Turkic States members late Thursday, reiterating that Turkey is in solidarity with Kazakhstan in call with his Kazakh counterpart Kassym-Jomart Tokayev as protests hit the Central Asian nation.

According to the statement, Erdoğan told Tokayev that he is closely following the developments in Kazakhstan and extended his condolences to the Kazakh leader over casualties caused by the riots.

The president also underlined that Turkey believes Kazakhstan will overcome the current issues and that the Turkish government is ready to provide any assistance if needed.

Presidential Spokesperson Ibrahim Kalın also touched on the unrest in Kazakhstan, saying: “We deeply regret the incidents and deaths in Kazakhstan. Kazakhstan’s peace and stability are our biggest priorities. Turkey will always continue to be on Kazakhstan’s side.”

Dozens of protesters and at least a dozen security officers have died in clashes in Kazakhstan's largest city and former capital Almaty, with scuffles ongoing in various spots.

Several armored personnel carriers and dozens of troops moving on foot entered the main square of Almaty, Kazakhstan's largest city, on Thursday morning where hundreds of people were protesting against the government for the third day, Reuters correspondents reported from the scene.

Gunshots were heard as troops approached the crowd, according to Reuters witnesses, but the situation in the square had calmed down since then.

State television reported Thursday that the National Bank of Kazakhstan has decided to suspend all financial institutions. The Internet in the country is mostly down.

Around Kazakhstan, protests initially sparked by a hike in fuel prices killed 12 police and national guard troops on Tuesday and Wednesday, prompting the Kazakh president to appeal for help from a Russia-led security alliance, which offered to send peacekeeping forces.

Kazakhstan's armed forces have been called in to restore order and break up riots that seem to have grown into general revolt, President Kassym-Jomart Tokayev said early Thursday.

Protests initially sparked by a fuel price rise killed 12 police officers and "dozens" of protesters were killed overnight as they tried to storm administrative buildings in the country's biggest city Almaty, police told local media on Thursday. One officer was reportedly found beheaded.

Meanwhile, multiple channels on the Telegram messaging service were sharing nighttime videos depicting military operations against demonstrators, some from Almaty. The Health Ministry reported over 1,000 cases in which people got injured.

"More than 1,000 people were wounded following riots in different regions of Kazakhstan, nearly 400 among them were hospitalized and 62 people are in intensive care," Deputy Health Minister Azhar Guiniyat told Khabar-24 television.

The protests began Sunday in Zhanaozen, a city in the west where government resentment was strong in the wake of a 2011 strike by oil workers in which police fatally shot at least 15 people. They spread across the country in the following days, and on Tuesday large demonstrations were carried out in Nur-Sultan and in Almaty, the former capital.

Protests that began about fuel prices over the weekend grew violent in the last two days, even prompting the government's resignation and rumors that Tokayev had stepped down. The president said Wednesday he will soon propose reforms for the political system, but did not provide details.

Additionally, he denied rumors he is planning to leave the country, saying he had in fact taken the lead of the country's security council, a position that had, until Wednesday, been controlled by former President Nursultan Nazarbayev, who had continued to exercise power in the country after stepping down in 2019.

"It's my constitutional duty to be with the people. Together, we will get through this dark page in Kazakhstan's history," said Tokayev.