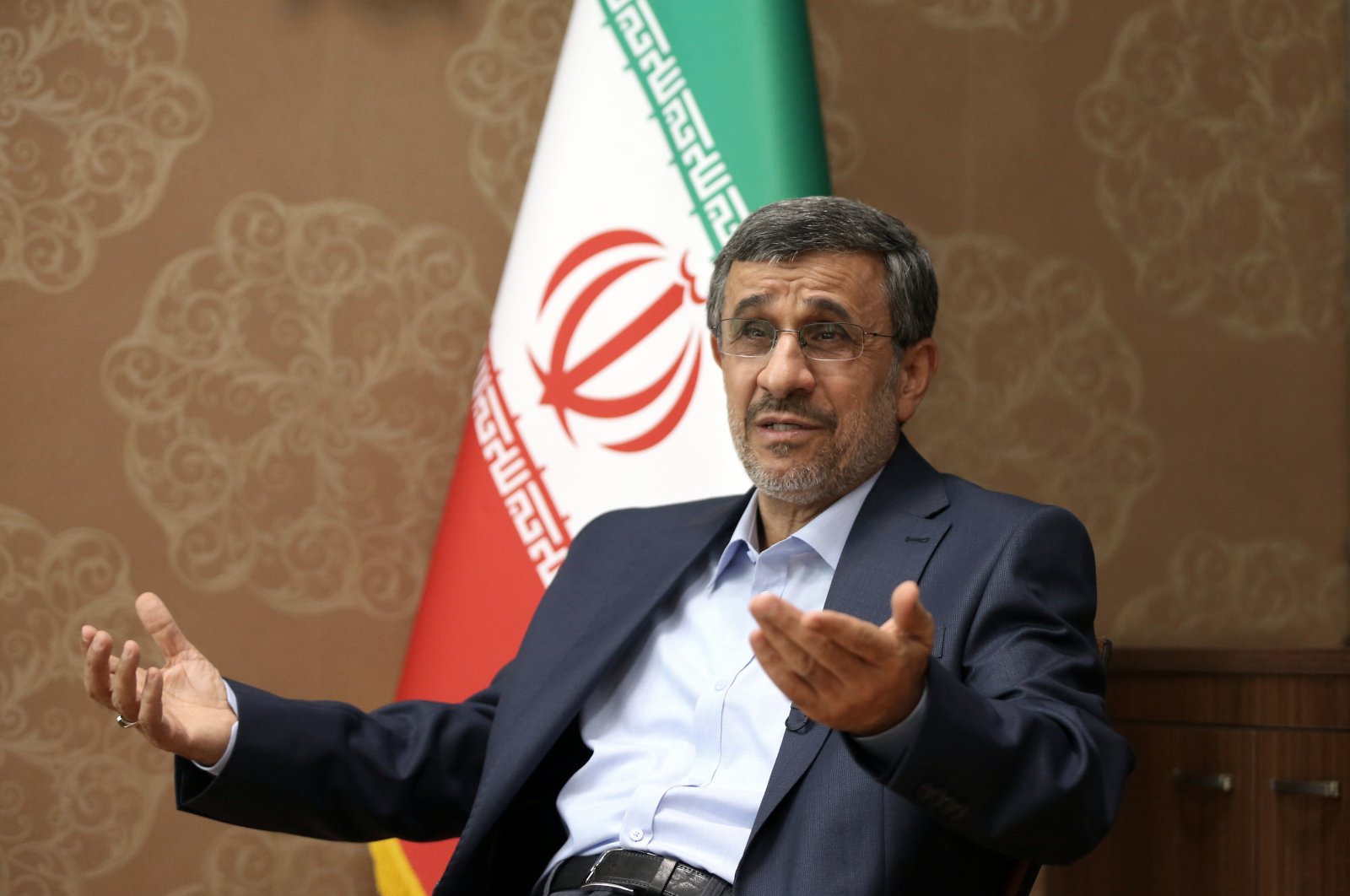 Turkey, Iran and Saudi Arabia can change the complexion of the region if they act together, former Iranian President Mahmoud Ahmadinejad said Friday, noting that the common ground between the three nations far outweighs the controversial issues they may have.

Speaking to Anadolu Agency (AA), Ahmadinejad, who served as the president of Iran from 2005 to 2013, evaluated the regional issues.

The former president expressed his support for the recent reconciliation talks between Iran and Saudi Arabia. "If Iran, Turkey and Saudi Arabia stand together and act in unity, the landscape of the region will be completely changed. This can happen very easily."

Underlining the shared interests of the three regional powers, he said that if the common ground between them is strengthened, all will be easier.

Turkey's Foreign Minister Mevlüt Çavuşoğlu is expected to visit Saudi Arabia for diplomatic talks next week, as the two regional powers ramp up efforts to mend ties that have become strained over the years.

Turkey's relationship with Saudi Arabia, already strained by Ankara's support for Qatar in a Gulf dispute, was thrown into crisis when Saudi journalist Jamal Khashoggi – a critic of Saudi Arabia's de facto ruler Prince Mohammed bin Salman (MBS) – was killed by a Saudi hit squad in Istanbul in 2018. Aside from the Khashoggi incident, Saudi Arabia’s rapprochement with Israel, support of the coup in Egypt and its stance on Libya and Syria have been other points of contention between Ankara and Riyadh.

Additionally, Iraq recently hosted more than one round of dialogue between Saudi Arabia and Iran. This is the first time an official has revealed that direct talks have taken place between Saudi Arabia and Iran since they severed relations in 2016. Ties were suspended after Iranian protesters attacked the Saudi Embassy and Consulate in Iran, denouncing Riyadh's execution of the Shiite cleric Nimr al-Nimr on charges of terrorism.

Ahmadinejad also touched upon the cooperation between Turkey and Iran in the Syrian crisis. Underlining the importance of the Astana process, he said that Turkey, Iran and Russia can help the implementation of peace in Syria.

The Astana meeting was initiated by Turkey, Iran and Russia to bring the warring sides in Syria together to find a permanent solution to the 10-year-long war. The main agenda items have been the implementation of a constitutional system and a political transition while ensuring security and allowing for resettlement. The first meeting of the Astana process was in Turkey in January 2017 to facilitate U.N.-sponsored peace talks in Geneva.