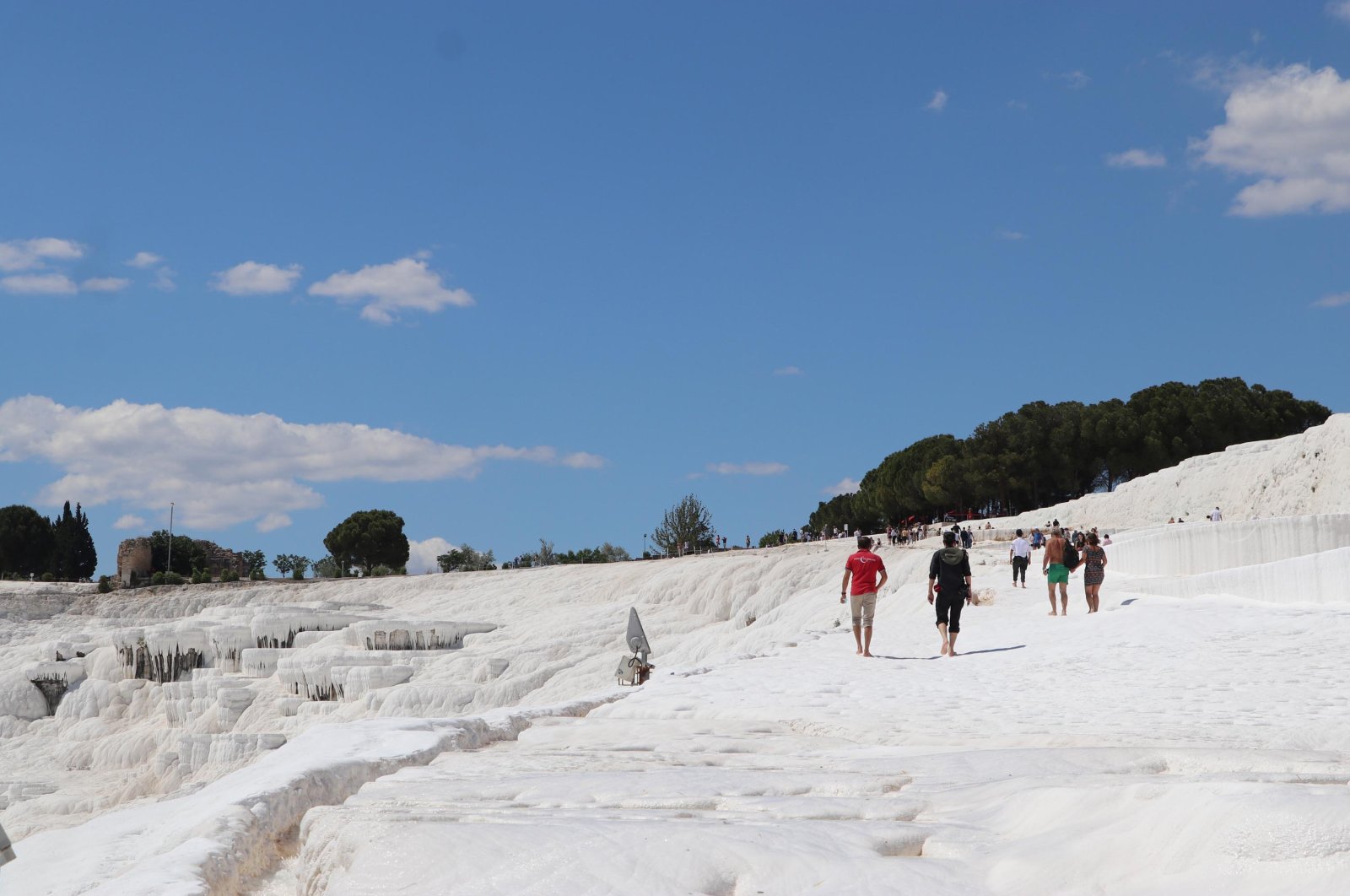 South Korea’s ambassador to Turkey Won Ik Lee hailed the country for being both a “cultural powerhouse” with a rich European and Middle Eastern history and cultural heritage, and one of the world’s most popular tourist destinations.

Turkey and Korea “view each other as brother countries,” Won Ik Lee said in an exclusive interview with Anadolu Agency (AA) on the eve of June "Memorial Day."

“Since my arrival here,” he said, “everybody here has had a good story to tell about Korea and the Korean people, which quickly put me at ease and feeling at home in Turkey.”

While Koreans and Turks reportedly have interacted for thousands of years, said Lee, “the most important moment of our shared history is the Korean War.”

He noted the contribution of Turkish soldiers in the war during the early 1950s that helped South Korea gain freedom. “The sacrifice of the Turkish brothers-in-arms laid the foundation for the freedom and economic prosperity that Korea today enjoys, and it was no doubt the very foundation of our valuable bilateral relationship,” he said.

The war began June 25, 1950, when troops from Communist-ruled North Korea invaded South Korea. It ended with an armistice in 1953 that was never signed by the South, which split the Korean peninsula along the demilitarized zone near the original demarcation line into North and South Korea.

Every year, South Korea commemorates June 6 as Memorial Day, a public holiday in memory of those who died during the war.

“As the ambassador of Korea, therefore, I am placing the highest priority on any opportunity to remember and honor the Korean War veterans,” said Lee, who assumed his post in Ankara last November.

He added that “friendship and brotherhood” between Turkey and the South “grew into a strategic partnership in 2012, and high-level exchanges have since been active.”

Turkey was the first country after the United States to answer a United Nations’ request for military aid to South Korea after the North attacked in 1950.

It was ranked third among 16 participating countries in terms of casualties with more than 900 killed in action, missing in action and veterans. The U.N. Memorial Cemetery in Busan is the resting place of 462 Turkish soldiers killed in action.

Ankara and Seoul have enjoyed amicable relations since the 1950s, with their leaders maintaining bilateral ties as well as dialogue within international organizations such as the U.N., G20 and MIKTA (Mexico, Indonesia, South Korea, Turkey, Australia).

Lee said economic relations between Korea and Turkey have flourished in the past decade.

Citing the “strong economic potential” of Turkey and infrastructure which is already in place, the ambassador said: “We can expand areas of cooperation into information technology, high-tech areas, the defense industry, etc.”

Besides economic cooperation, he added that human and cultural exchanges are important.

He said in the pre-coronavirus pandemic era, “there was a steady increase of Korean visitors to Turkey, reaching 200,000 in 2019.”

“Korean writers, cinema and musicians are loved by many Turkish young people nowadays. Increased human and cultural exchange results in closer bonds and friendships between Korean and Turkish people,” he said.

Lee said 97% of products exported from Korea are “intermediate and capital goods, which are assembled in Turkey and exported to a third country.”

He cited the Hyundai company in Turkey which imports auto parts from Korea, “produces around 200,000 cars annually and sells 90% to Europe.”

“Likewise, most imports from Korea contribute to Turkey’s economy by making value-added products and increasing Turkey’s exports,” he said.

The trade deficit “can be alleviated by inviting more Korean small- and medium-sized enterprises (SMEs) which focus on procuring parts and components to Turkey,” said Lee. “The SMEs can cooperate with Turkish partners to nurture intermediate industries and replace the imported goods with domestic production.”

About 130 Korean companies are operating in Turkey, according to the envoy. “But, most of them are large companies and their suppliers such as Hyundai, Samsung, LG, and SK. Now is the time to make an effort to invite SMEs,” he said.

Lee said Turkey is a “very attractive country for investment not only in terms of the unique geopolitical location but also its outstanding labor force and flourishing domestic market.”

“The famous Turkish hospitality toward Koreans is also one of the most attractive elements for investment,” he said.

“I (will) work to promote Turkey’s FDI (foreign direct investment) and Free Zone policies to the Korean companies interested in Turkey,” he said.

As a diplomat, he said: "I have had many opportunities to see all over the world, but I’m always amazed by Turkey's abundant history, cultural diversity and beautiful natural environment.”

He said with improvement in the post-pandemic situation, “more Koreans will naturally visit Turkey, and the projected 200,000 annual Korean visitors still have great room to grow given Turkey’s remarkable resources.”

Tourism, said Lee, is an essential tool of exchange for enhancing bilateral relations.

“The power of tourism reaches much further than official diplomacy since it allows the people to directly experience the culture, nature and livelihood of foreign countries,” said Lee.

Referring to the phenomenal growth of Korean culture, popular as “Hallyu” or “Korean Wave,” the ambassador suggested that Turkey and Korea could work to recreate “Hallyu” as the “K-Turk Wave.”

He said the South Korean Embassy’s “Korean Cultural Center” and the CGV, a leading cultural company of Korea as well as the largest investor in Turkey, “can play a leading role.”

“Expanding Korean language education is very meaningful in the context of promoting cultural cooperation,” he said, noting the Turkish government in 2017 adopted Korean as a second foreign language for elementary, middle, and high schools.