Turkey not in hurry to recognize Taliban govt in Afghanistan: FM 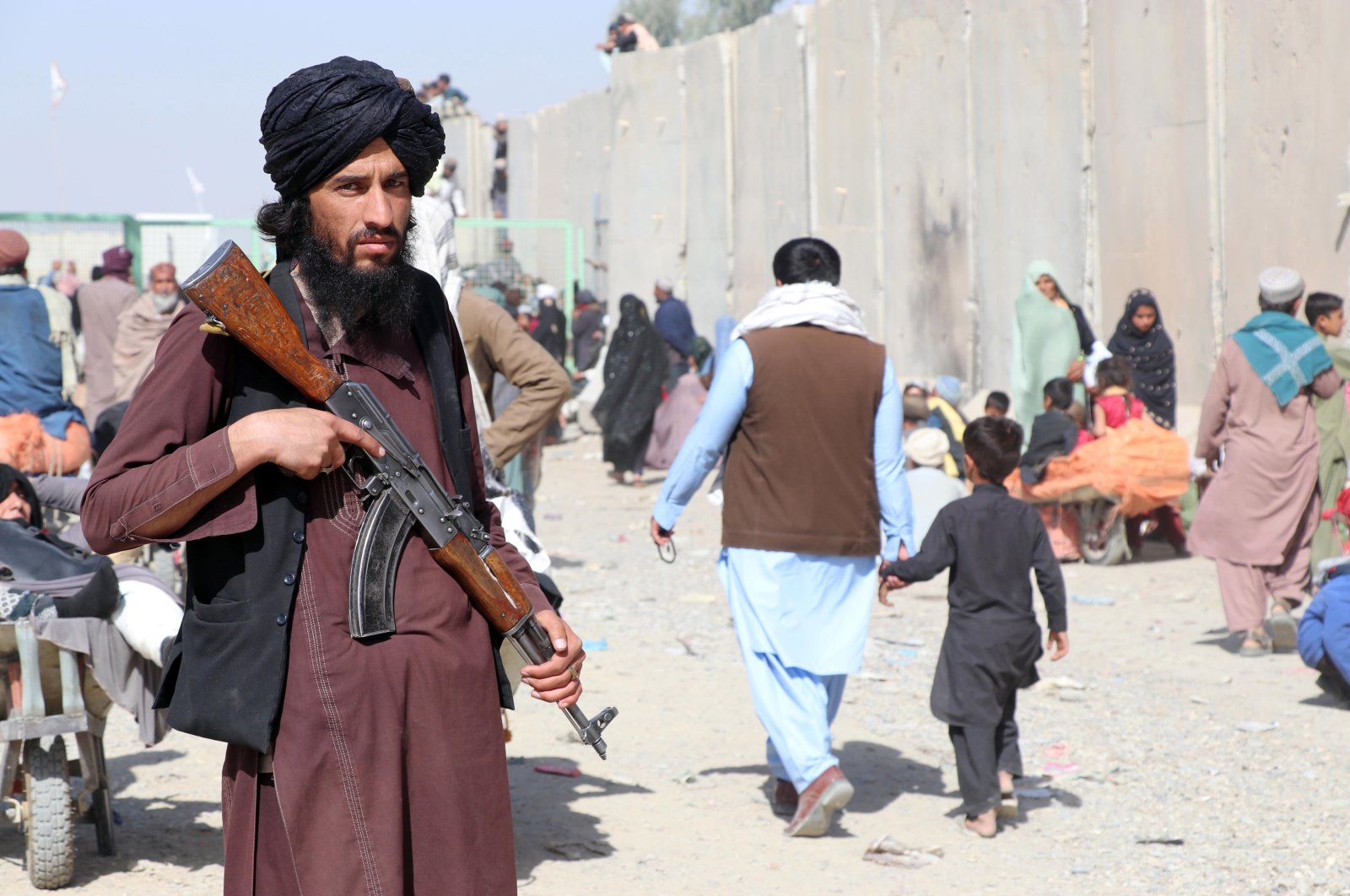 Turkey is not in a hurry to recognize the Taliban-led administration in Afghanistan, Foreign Minister Mevlüt Çavuşoğlu said Thursday, adding there is gradual engagement between Ankara and the new government in Kabul.

Çavuşoğlu presented the 2022 budget of the Foreign Ministry and related institutions at the Planning and Budget Committee of the Grand National Assembly of Turkey (TBMM).

Regarding Turkey's foreign policy toward the Afghan crisis, he said that Turkey cannot remain indifferent to Afghanistan.

"In addition to our historical ties, we have common ancestry, investments and a presence in many fields. Terrorism, migration and drug threats must be eliminated at their source, economic collapse and humanitarian crisis must be prevented," he said.

Noting that if the crisis is not managed where it is located, its consequences will directly affect everyone, Çavuşoğlu said: "For these reasons, we follow a gradual engagement with the Taliban, support in humanitarian issues and active diplomacy in the international arena. Moreover, the international community, in general, applies a policy of gradual engagement with the Taliban. We are not in a hurry, we follow the practices in the field."

Çavuşoğlu said that when he met with the acting deputy minister of Foreign Affairs of the interim Taliban government in Afghanistan, he emphasized the importance of establishing an inclusive and representative government for permanent stability.

This marked the first high-level contact between Turkey and the new administration in Afghanistan after the Taliban took power on Aug. 15.

Speaking to reporters after the meeting, Çavuşoğlu said that recognizing the Taliban and engaging with them are two different things. He added that Turkey reiterated the need for an inclusive government and voiced its expectations regarding the security of Kabul Hamid Karzai International Airport.

"The Taliban leadership said they would give their best support if they (Afghan migrants) wanted to return to their country," he also said.

President Recep Tayyip Erdoğan recently highlighted the importance of an inclusive government in Afghanistan, as he said it was crucial in reaching a deal regarding the operation of the Kabul airport. Turkey has been working with Qatar to reopen the airport in the Afghan capital of Kabul for international travel. However, repairs are needed before commercial flights can resume.

Erdoğan also said at a virtual meeting between the Group of 20 most powerful economies that the international community should keep the channels of dialogue with the Taliban open, to “patiently and gradually steer” them toward establishing a more inclusive government.

The Taliban say they want international recognition. They warn that weakening their government will affect security and spark an even bigger exodus of migration from the country. Taliban officials previously noted that they want Turkey to provide aid and support to the Afghan people and called on Turkey to be the first country to formally recognize the new administration in Afghanistan.

NATO member Turkey maintained its embassy in Afghanistan after Western countries withdrew following the Taliban takeover, and has urged those countries to step up engagement. At the same time, it said it will only work fully with the Taliban if they form a more inclusive administration.

"In line with our entrepreneurial and humanitarian foreign policy during the crisis in Afghanistan, we ensured the safe evacuation of 1,502 people, most of whom were our citizens. We supported 28 friendly and allied countries, 14 international organizations and 17 international media outlets," Çavuşoğlu also said.

"(In Afghanistan) Turkish Maarif Foundation has 80 schools, 14 of them were for girls. Ten of these 14 schools have started education again. In that sense, we also provide support on the field," he added.