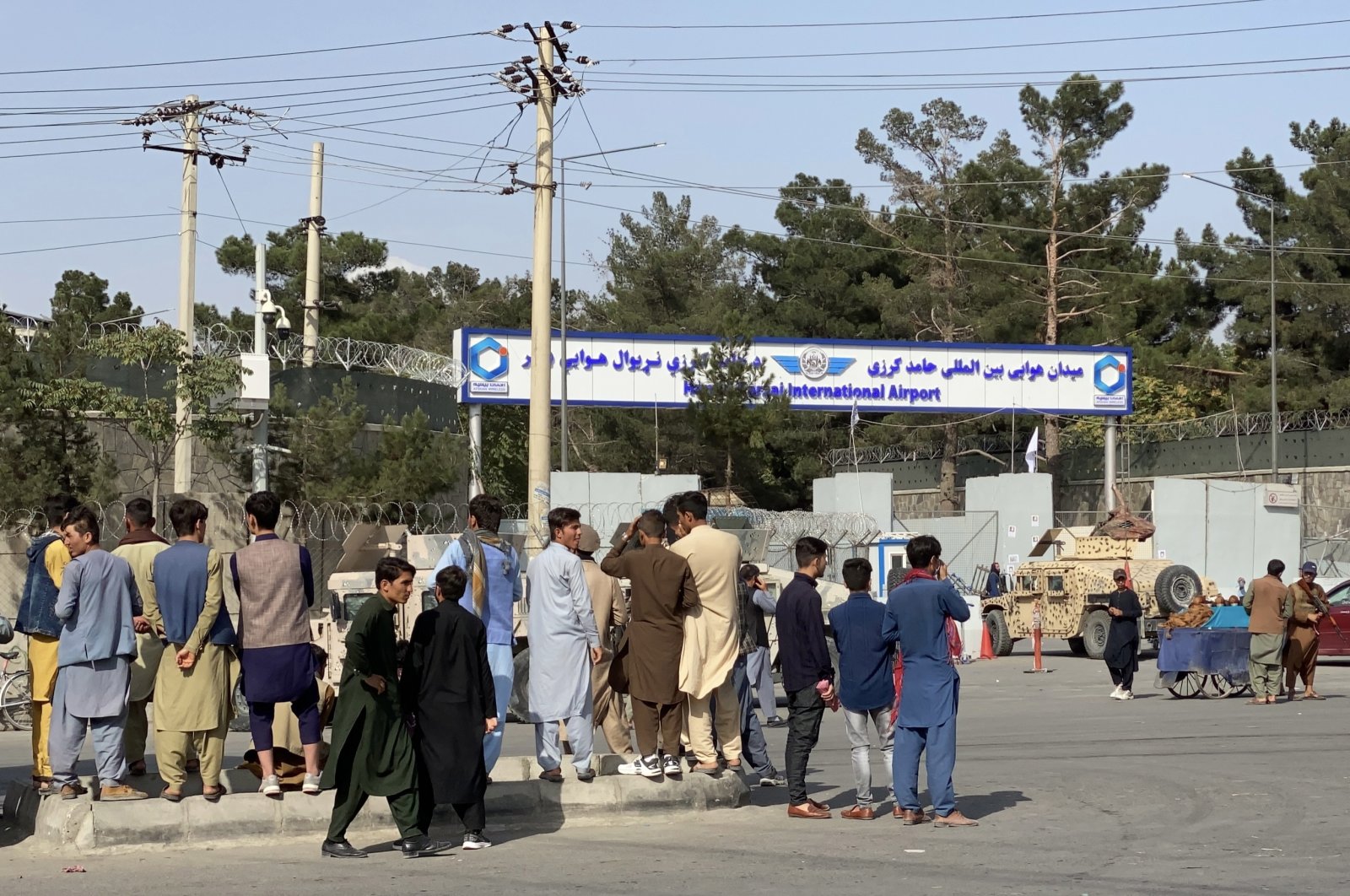 Afghans gather outside the Hamid Karzai International Airport to flee the country, in Kabul, Afghanistan, Aug. 20, 2021. (EPA Photo)
by DAILY SABAH WITH AA Aug 22, 2021 11:44 am
RECOMMENDED

The Pakistani Foreign Ministry, in a statement, said the foreign ministers exchanged views on bilateral relations and reviewed the latest Afghan situation, adding: "Qureshi stated that the recent visit of President Arif Alvi to Turkey for the launching ceremony of the MILGEM (the Patrol and Antisubmarine Warfare) Naval Ship further strengthened bilateral cooperation."

"Reiterating Pakistan's support for a peaceful, stable and prosperous Afghanistan, Foreign Minister Qureshi underlined the importance of an inclusive political solution as the best way forward.

"The Foreign Minister added that Pakistan's National Security Committee (NSC) had underscored the importance of peace and stability in Afghanistan for Pakistan and the region," it added.

Qureshi "expressed the hope that the Afghan leaders would work together to achieve an inclusive political settlement."

He also "added that the current situation in Afghanistan required sustained international engagement to ensure stability and long-term economic development."

"The two Foreign Ministers agreed to coordinate closely on the situation in Afghanistan," according to the Pakistani Foreign Ministry statement.

"Spoke to my brother FM @MevlutCavusoglu on Afghanistan. A peaceful & stable Afghanistan is of paramount importance for Pakistan and the region," Qureshi also said on Twitter. "The primary focus is on ensuring safety, security & protection of Afghan rights," he noted, adding that forging an inclusive political settlement is the best way forward.

United States President Joe Biden ordered the American military to withdraw from Afghanistan before Sept. 11, 2021, the 20th anniversary of the 9/11 attack on the U.S. by Taliban-backed al-Qaida.

Turkey appreciates the Taliban’s moderate statements and their pledge not to revert to their previous hard-line rule, President Erdoğan said late Wednesday, adding that Turkey is still prepared to protect Kabul airport following the Taliban takeover and is talking with all concerned parties.