Turkey ready to cooperate with Mozambique against terrorism 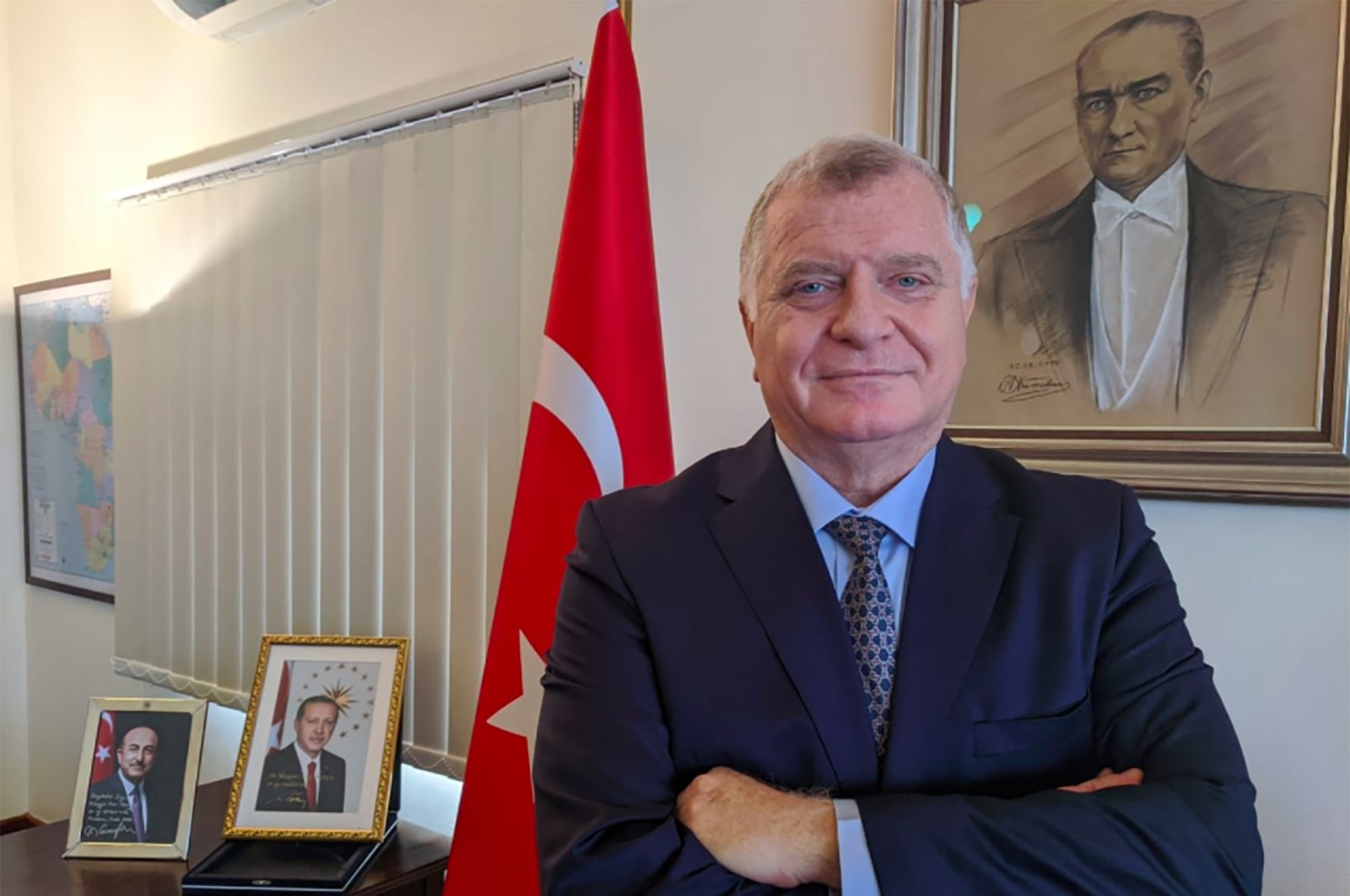 Turkey is ready to provide Mozambique with any support it needs when it comes to the fight against terrorism, Ankara's envoy to the African country Avni Aksoy said Friday.

More than 2,000 people have lost their lives in Mozambique, an East African country on the coast of the Indian Ocean, since 2017, and 1.3 million people have faced a security crisis so far.

Ansar al-Sunna, which is affiliated with the terrorist group Daesh and referred to as "Al-Shabaab" by local people, targets the Cabo Delgado region in the north of the country where oil and natural gas resources are located.

The attacks of Ansar al-Sunna, which has been targeting especially the $23 billion natural gas extraction and liquefied facilities of the French company Total since March 24, is being closely followed not only in Mozambique but also by the countries of the region and the international public.

Speaking to Anadolu Agency (AA) on the issue, Turkey’s envoy to Maputo Aksoy said: "There are external actors who do not want Mozambique's empowerment and development. I think that the terrorist attacks in the country also occurred as a result of incitement by the provocations of these actors."

Pointing out that colonialism is still at play in the region at the hands of old and new actors in the country under various guises today, Aksoy said: "When a new underground resource is discovered anywhere in Africa, those who want to benefit from this resource, and those who think that the discovery of this resource will decrease the value of similar resources in their own hands are expected to intensify their interest in the area. I observed a very similar pattern in Mozambique."

Aksoy also underlined that no terrorist group has the ability to conduct such large-scale operations so frequently with the minimal support it receives from locals and expressed that Turkey is no stranger to such a process.

"As can be seen in the examples in our country as well, in the countries targeted by the terrorist organizations, there is usually involvement of external actors in the process. Some actors do not want that country to grow stronger, to develop economically, and terrorist organizations are just mere proxies in their hands,” he stated.

Aksoy emphasized that Mozambique citizens who are Muslim – the religion that Ansar al-Sunna wrongfully claims to act upon – are seriously concerned about these attacks.

"The social group most affected by the attacks and actions of this organization are the Muslims,” the envoy reiterated.

Stating that terrorist attacks could be prevented if foreign support for terrorism was cut, Aksoy said, "This organization is not suitable for the social fabric of Mozambique."

In order to combat terrorism and ensure security in Mozambique, mercenaries from Russia and the Republic of South Africa, as well as military units from countries in the region, are on duty.

Assessing the military support of foreign mercenaries such as the Russian security company Wagner Group in Mozambique and the countries of the region, Aksoy noted that terrorism and the security problem can only be solved by the correct use of the country's own resources.

"We know from our own experience that the success of a country in the fight against foreign-based terrorism depends on increasing its power by using its own resources correctly, and also developing the right strategy and tactics. There is no need to explain why no foreign military power, especially the mercenaries, can defend any country like its own people,” he said.

Turkey has been fighting against multiple terrorist groups at once, including the PKK, Daesh and Gülenist Terror Group (FETÖ).

In its more than 40-year terror campaign against Turkey, the PKK – listed as a terrorist organization by Turkey, the U.S. and the European Union – has been responsible for the deaths of 40,000 people including women, children and infants. As a response, Turkey regularly conducts both domestic and cross-border counterterrorism operations against the group and its Syrian affiliate the YPG.

In 2013, Turkey became one of the first countries to declare Daesh a terrorist group. The country has since been attacked by the terrorist group multiple times, with over 300 people killed and hundreds more injured in at least 10 suicide bombings, seven bomb attacks and four armed assaults. In response, Turkey launched anti-terrorist operations at home and abroad to prevent further attacks.

FETÖ, which faced increased scrutiny after the putsch bid, is known for its widespread infiltration into the country's institutions, including the judiciary, military, police and bureaucracy. Tens of thousands of people were detained or arrested after the coup attempt was quelled thanks to strong public resistance. The army expelled some 20,000 staff associated with the group. However, investigations show the group still has many infiltrators who managed to disguise their affiliation.

“In light of our experience in the fight against terrorism, which proved to be successful, we are ready to provide any kind of cooperation in this respect as Turkey,” Aksoy stated while mentioning that the African countries are in search of joint action against these terrorist activities.

Commenting on the humanitarian crisis caused by the conflicts in the region, Aksoy said: “The Turkish Red Crescent and the Disaster and Emergency Management Presidency (AFAD) in humanitarian aids, in emergency situations, as well as in development projects, make their evaluations in the framework of the needs of Mozambique. Mozambique has stated that it does not need any help at the moment, so we have not taken action on the field yet. We are ready to reevaluate though, if there is a demand."