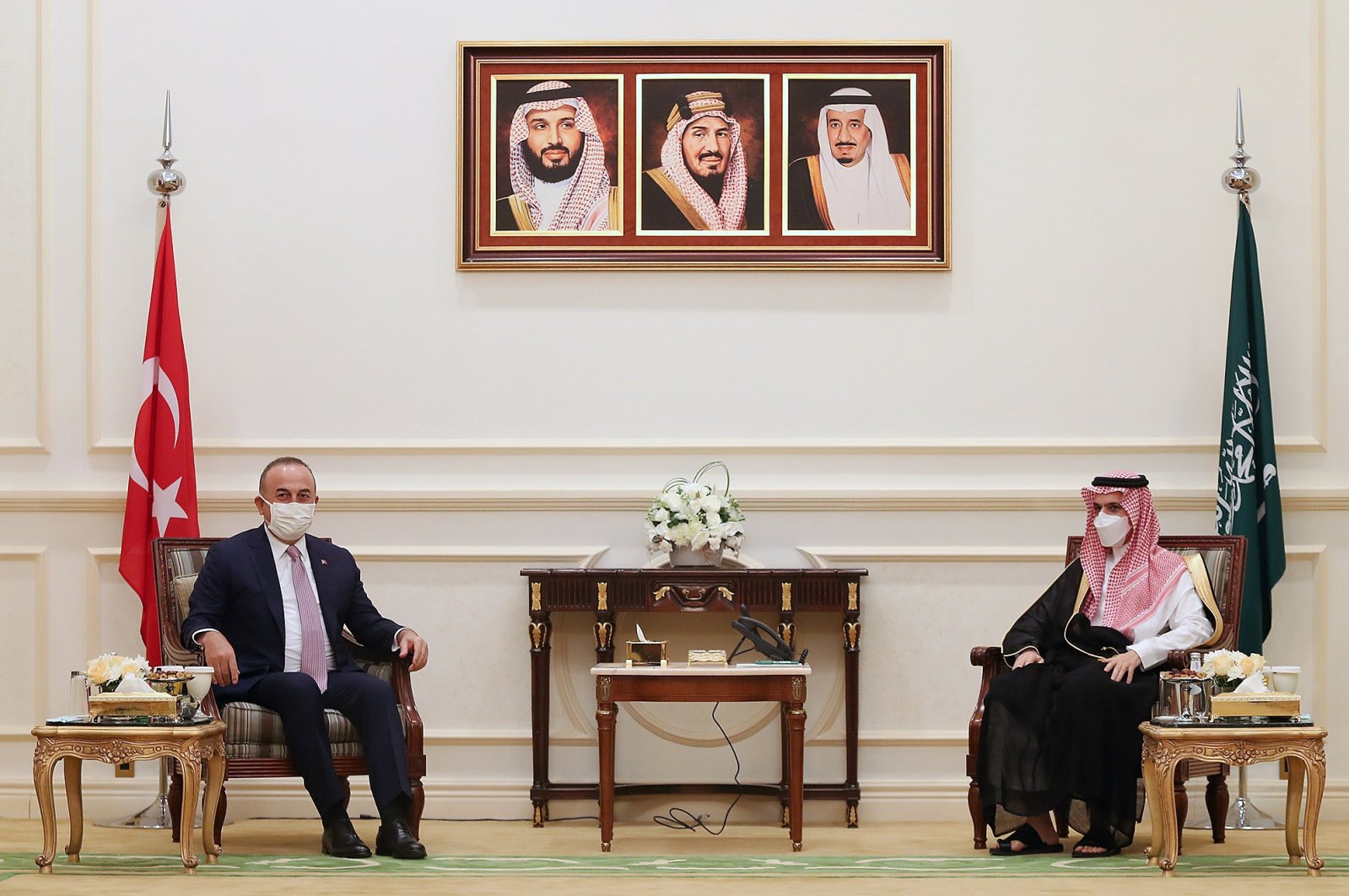 Turkey and Saudi Arabia have decided to maintain their dialogue in the following period, Foreign Minister Mevlüt Çavuşoğlu said Tuesday after the two countries' top diplomats held "a very open and frank meeting" in Jeddah.

Çavuşoğlu and Saudi Arabia's Foreign Minister Prince Faisal bin Farhan met for talks aimed at overcoming a rift over the 2018 killing of Saudi journalist Jamal Khashoggi in Istanbul that led to bitter recriminations and a Saudi boycott of Turkish goods.

"I want to thank my brother Prince Faisal for his invitation and hospitality. We held a very open and frank meeting and addressed some problematic areas in our relationship," Çavuşoğlu said.

"We also discussed how to increase our cooperation in bilateral ties and in regional issues. We decided to continue our dialogue," he added.

The Turkish top diplomat said he had invited his Saudi counterpart to visit Turkey to continue talks, adding that the necessary work would be done to forge stronger bilateral ties.

The two ministers also discussed the "aggression" of Israel, Çavuşoğlu said, after the Arab League condemned deadly Israeli airstrikes on the Gaza Strip and called on the international community to move urgently to stop escalating violence that it blamed on Israeli actions against Palestinians in Jerusalem.

"With the Saudi foreign minister, we didn't just discuss our bilateral ties, but we also discussed the steps we can take within the OIC, Arab League and beyond," he said, using the acronym for the Organisation of Islamic Cooperation. He also voiced hope for a decision on the Israeli attacks in an extraordinary meeting of the United Nations General Assembly.

“It's not enough to condemn (the violence), the (Muslim) community is expecting us to take some steps,” Çavuşoğlu said. “These kinds of attacks must stop. We have to protect the rights of the Palestinians within the framework of international law. We should never veer from the two-state vision."

Turkey will continue its efforts to protect the rights of Palestinians and other oppressed people, he added.

Later, on Twitter, Çavuşoğlu said that Turkey and Saudi Arabia agreed to work on positive issues of agreement and to hold regular consultations.

"Our close cooperation will contribute to stability, peace and prosperity in the region," he added.

Çavuşoğlu was on a two-day visit to Saudi Arabia, where he said earlier on Twitter he would discuss "bilateral relations and important regional issues, especially the attacks on the Al-Aqsa Mosque and the oppression against the Palestinian people."

Turkey's ties with Saudi Arabia, already strained by Ankara's support for Qatar in a Gulf dispute, were thrown into crisis when Khashoggi – a critic of Saudi Arabia's de facto ruler Prince Mohammed bin Salman (MBS) – was killed by a Saudi hit squad in Istanbul in 2018.