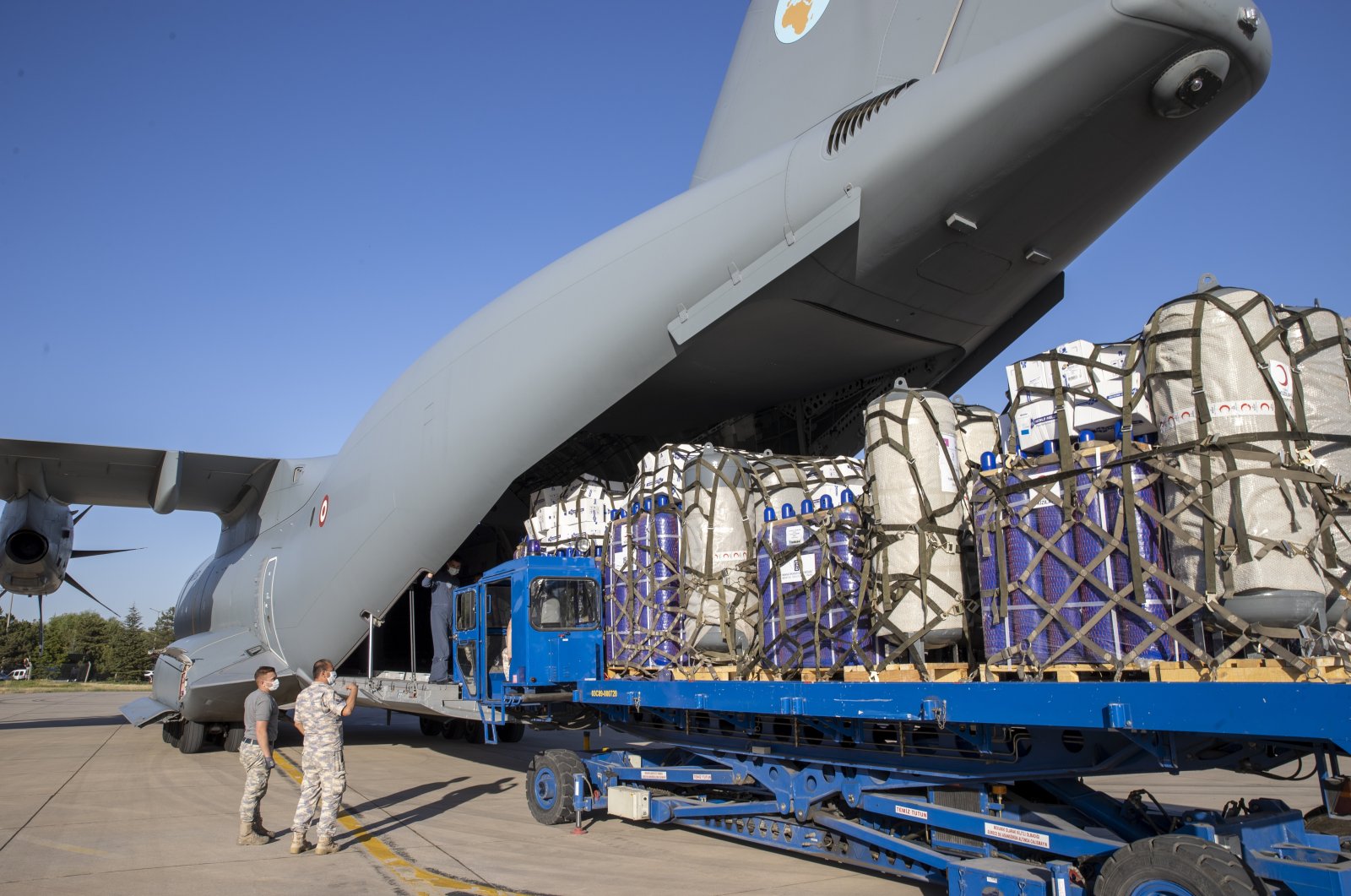 Medical aid bound for India to help fight the COVID-19 pandemic is loaded into a Turkish military aircraft at Etimesgut Air Base in Ankara, Turkish, May 25, 2021. (AA Photo)
by Anadolu Agency May 26, 2021 8:46 am
RECOMMENDED

India has become the latest recipient of Turkish aid during the COVID-19 pandemic as two Turkish military aircraft carrying medical supplies left for New Delhi on Tuesday, the Defense Ministry announced on Twitter.

Departing from the Etimesgut Air Base in the capital Ankara, the A400M planes were carrying medical supplies, including 630 oxygen tubes, five oxygen generators, 50 ventilators and 50,000 boxes of tablet medicines prepared by the Turkish Red Crescent and Turkey's Health Ministry.

The boxes of aid bore the words of 13th-century poet and Islamic scholar Mevlana Jalaluddin Rumi – "There is hope after despair and many suns after darkness" – plus the message: "With love from Turkey to the people of India."

Ibrahim Altan, the director-general of the Turkish Red Crescent (Kızılay), told reporters that they sent the aid at the orders of President Recep Tayyip Erdoğan and with help from Turkey's Foreign Ministry along with the ministries of health, industry and technology, and defense.

Referring to Turkish-Indian ties dating back well over a century, Altan added: "India sent aid to our country during both the Balkan Wars and the War of Independence and has always stood with us in trying times. Today, we are sending aid to them.”

The aid will be delivered to the Indian Red Cross.

India recorded more than 3,511 fatalities in the last 24 hours as the overall coronavirus death toll reached 307,231, according to data compiled by the United States' Johns Hopkins University.