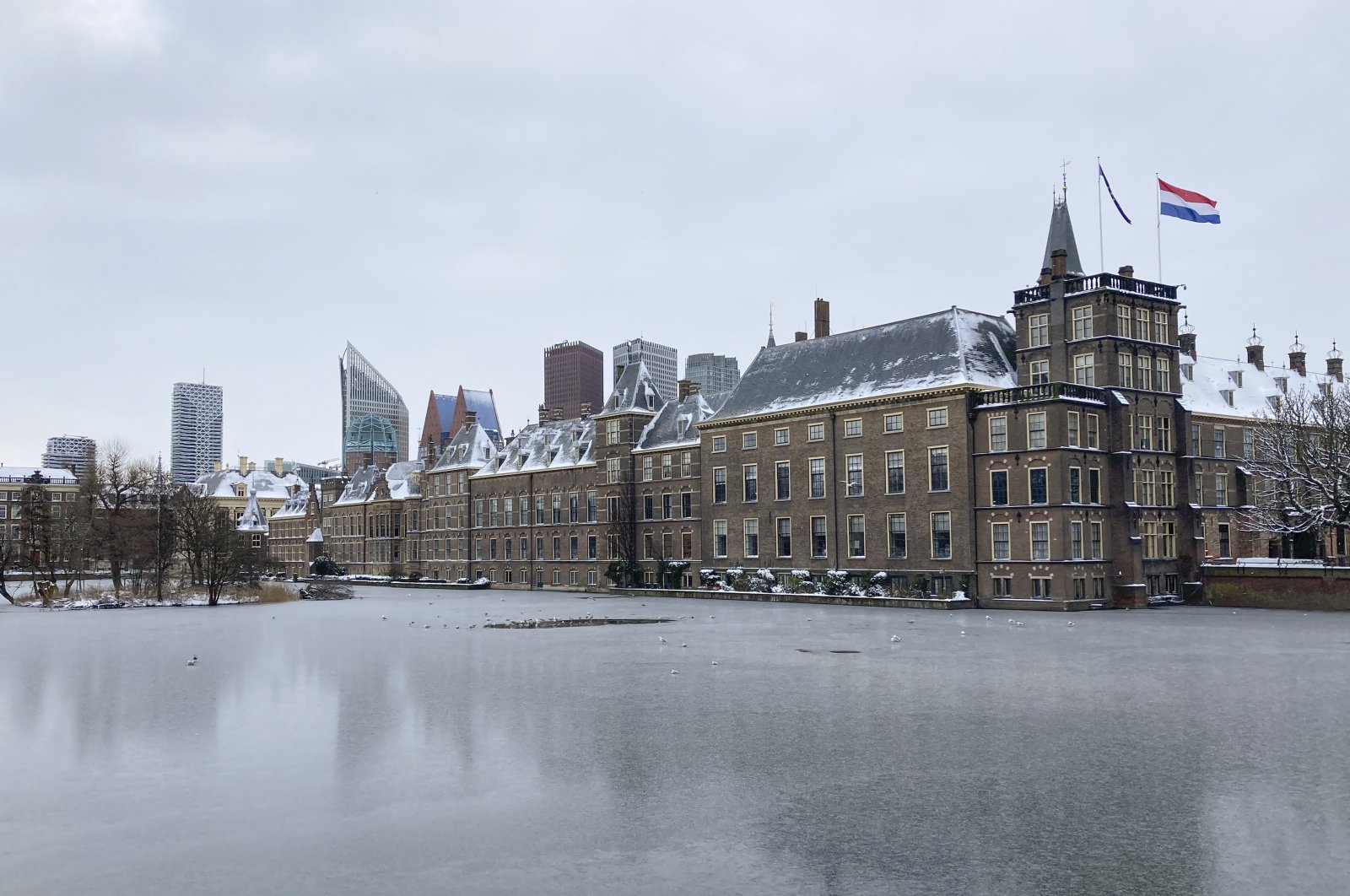 The frozen Hofvijver pond is seen outside the Dutch parliament buildings in The Hague, Netherlands, Tuesday, Feb. 9, 2021. (AP Photo)
by DAILY SABAH WITH AGENCIES
Feb 26, 2021 10:17 am

Turkey condemned the decision of the Dutch House of Representatives to recognize the 1915 incidents as so-called “genocide” against Armenians, calling it null and void.

“Councils are not venues to write history and trial it. Those who agree with this decision, instead of looking for what actually happened in 1915, are after votes as a populist,” Aksoy said.

He invited the signatories of the decision to examine the U.N. Convention on the Prevention and Punishment of the Crime of Genocide of 1948 and the decisions of the European Court of Human Rights (ECtHR).

“We invite you to support the efforts for a better understanding of a historical issue,” he said, adding that Turkey’s proposal for a joint History Commission, which was not answered by Armenia, was one such effort.

He said the Dutch House of Representatives is detached from reality as it has frequently been in recent years.

Aksoy invited the Dutch government to wage a struggle against racism, Islamophobia and xenophobia rather than discriminatory practices leading to the resignation of the government and instead of taking decisions against Turkey.

The DENK Party has become the only one that expressed disapproval of the decision within the Dutch parliament.

The deputy of the party Tunahan Kuzu said that the genocide claims should be examined in detail before taking such a decision.

"Historical facts are determined by the historians and lawyers, not by the politicians," Kuzu said.

The DENK Party is the first political party in the Netherlands established by migrants, two parliamentarians with Turkish roots, Kuzu and Selçuk Öztürk, who left the Labour Party (PvdA) because it inadequately defended the rights of minorities, especially of Muslims and those of Turkish origin. Denk means “think” in Dutch and “equal” in Turkish.

The Netherlands’ parliament also passed a non-binding motion saying that the treatment of the Uyghur Muslim minority in China amounts to genocide, the first European country to make such a statement.

The motion, supported by the DENK Party, founded by Turkish lawmakers, said that actions by the Chinese government such as “measures intended to prevent births” and “having punishment camps” fell under United Nations Resolution 260, generally known as the genocide convention.

“A genocide on the Uighur minority is occurring in China,” the motion said, stopping short of directly saying that the country’s government was responsible.

Canada passed a resolution labeling China’s treatment of the Uyghurs as genocide earlier this week.

Prime Minister Mark Rutte’s conservative VVD party voted against the resolution, which did not recommend the Cabinet take any specific action.

A spokesperson for the government said it would respond to the motion later on Thursday.

Meanwhile, the DENK Party also has pledged to submit an additional draft law, urging the Dutch government to file complaints against the Chinese state in international war crimes courts and grant refugee status to 10,000 Uyghurs.

"This is a remarkable improvement but not enough," Kuzu said on the issue.