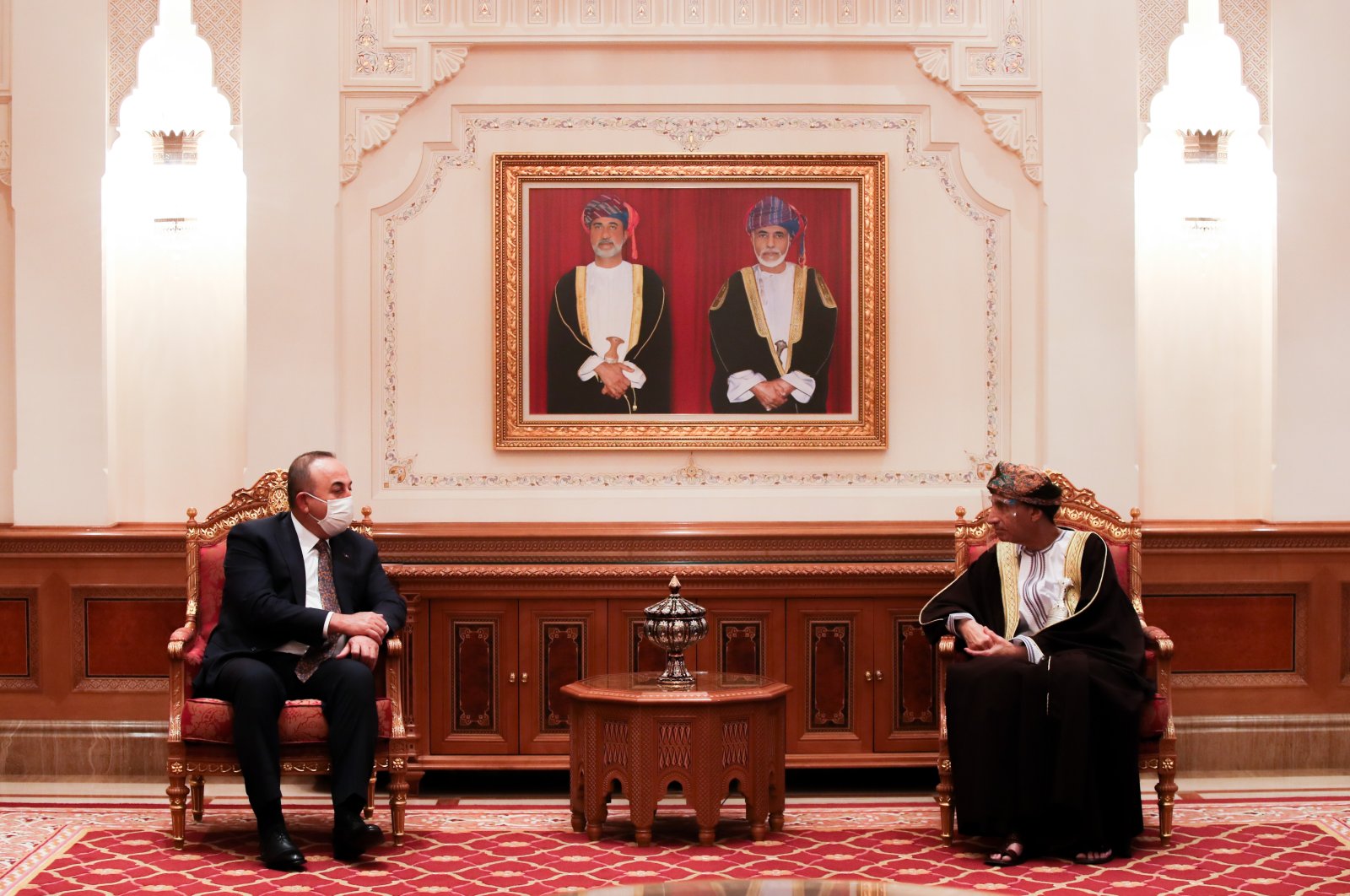 Turkey supports unity, wealth and security in the Gulf states, Foreign Minister Mevlüt Çavuşoğlu said Wednesday, underlining that he welcomes normalization between countries in the region.

"We are ready to work closely with Oman and all other Gulf countries on issues regarding our region," Çavuşoğlu told a joint news conference with his Omani counterpart, Sayyid Badr bin Hamad bin Hamood al-Busaidi, in Muscat.

Saying that the two countries will further improve political, economic and commercial relations despite the COVID-19 pandemic, Çavuşoğlu hailed Oman's neutral and independent foreign policy. "Oman is a voice of reason and wisdom in the region," he said.

"Turkey is the strategic partner of the (Gulf Cooperation Council) GCC and we welcome the normalizations between the GCC countries and some other countries in the region. So Turkey supports the unity, prosperity and security of the Gulf region," he added.

In June 2017, a Saudi-led coalition issued 13 sweeping demands, including the closure of the Al Jazeera news network and the shuttering of a Turkish military base, in exchange for ending its blockade of Qatar. They also demanded Doha curb relations with Riyadh's archrival, Tehran. The situation came to be known as the Gulf crisis. Qatar rejected the demands, calling them "unrealistic" and "not actionable," leading to a stalemate. The rift seems to have slowed down, with the countries now reengaging in dialogue.

Noting that the two top diplomats discussed the latest developments in the region – including in Syria, Libya and Yemen – Çavuşoğlu stressed that he is happy to see Turkey and Oman have the same overall position regarding the Gulf and that their progress is a harbinger of peace and stability.

Çavuşoğlu also met with Kuwait's Prime Minister Sheikh Sabah Al Khalid Al Sabah in what he called “a fruitful meeting,” where he voiced that Ankara wants to work closely with the Cabinet that will be formed in the upcoming period.

Turkey and Kuwait, which gained independence in 1961, celebrated the 50th anniversary of the establishment of their diplomatic relations in 2014. Ankara enjoys multifaceted relations with Kuwait City based on common cultural and historical ties.

On Thursday, the Turkish top diplomat is expected to arrive in the Qatari capital Doha on the third leg of the tour.

For his part, Oman's top diplomat Hamood al-Busaidi expressed his pleasure at welcoming Çavuşoğlu in Muscat.

"We held a positive and fruitful session of consultations regarding the good and distinguished bilateral relations between the two countries and ways to develop them toward wider and bigger horizons especially in economic, commercial, tourism and cultural fields," he said, noting that the talks also tackled local and regional issues.

He also stressed cooperation in efforts against the coronavirus pandemic.