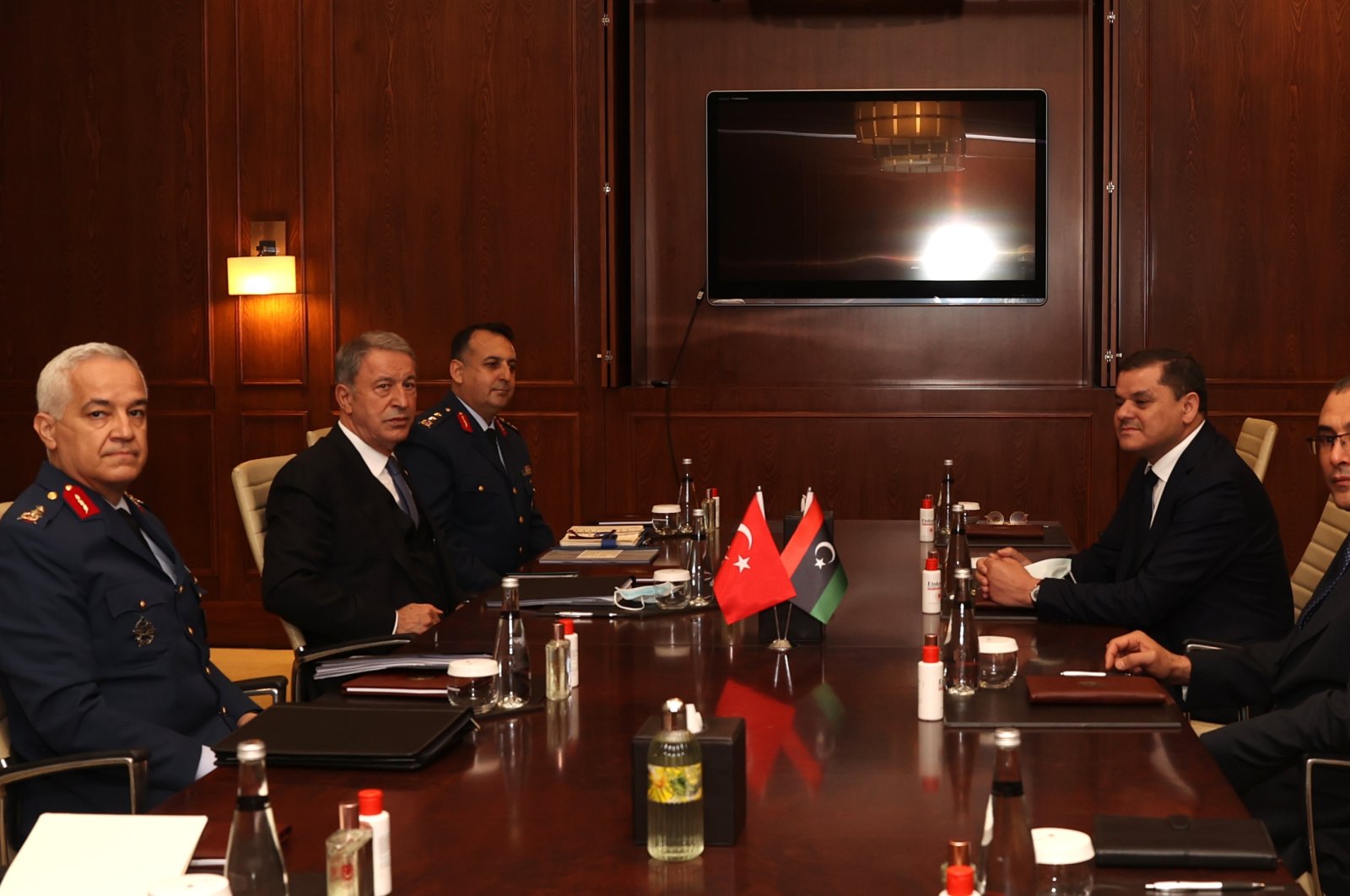 He highlighted that Turkey aims to support Libya’s efforts to ensure peace, stability and political unity.

Akar also noted that Ankara would continue to provide military and security training and consultation for a stable, independent and sovereign Libya.

President Recep Tayyip Erdoğan welcomed Dbeibah with an official ceremony at the Presidential Complex in the capital Ankara.

Selected through a United Nations-led process, Libya’s new unity government, the Government of National Unity (GNU), was sworn in on March 15 from two rival political groups that had ruled eastern and western regions, completing a smooth transition of power after a decade of violent chaos.