PM Dbeibah sworn in on promise to guide Libya to elections 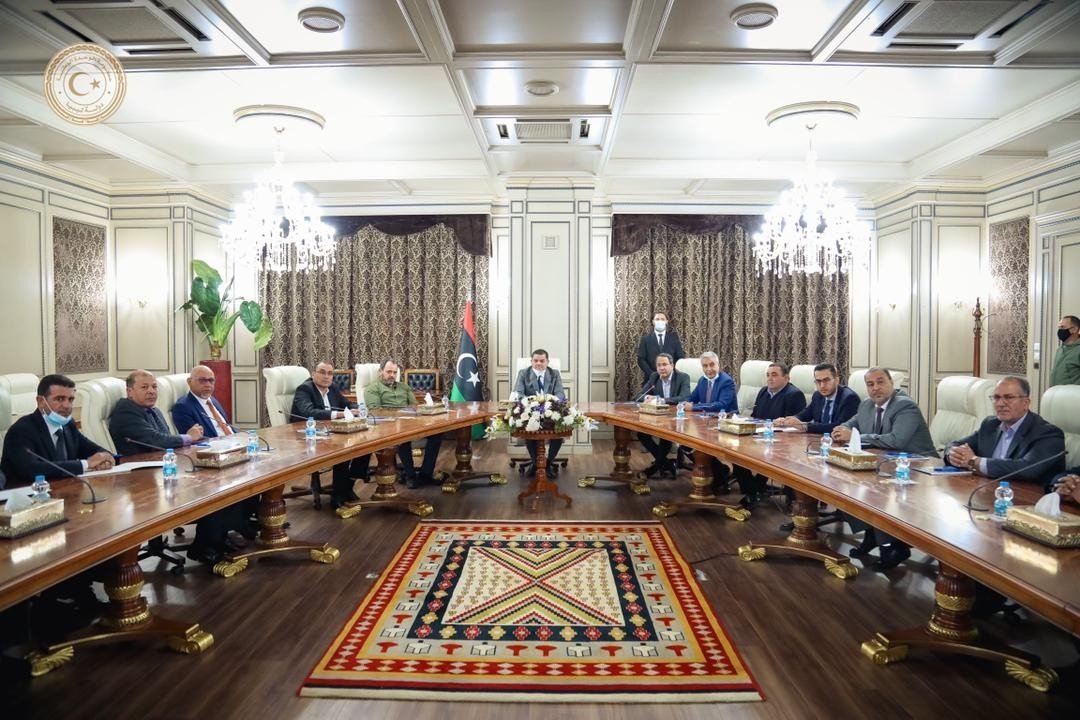 Libya's new interim Prime Minister Abdul Hamid Dbeibah took office on Monday having been chosen to lead the war-torn country's transition to elections in December after years of chaos and division.

The North African nation descended into conflict after dictator Moammar Gadhafi was toppled and killed in a NATO-backed uprising in 2011, resulting in multiple forces vying for power.

A United Nations-supervised process is aimed at uniting the country, building on an October cease-fire between rival administrations in the country's east and west.

Dbeibah, selected at U.N.-sponsored talks in February alongside an interim three-member presidency council, will take the oath of office in the eastern city of Tobruk.

More than 1,000 kilometers (630 miles) from the capital Tripoli in the west, Tobruk has been the seat of Libya's elected parliament since 2014.

Dbeibah's swearing in comes after parliament last week approved his Cabinet, in a move hailed by key leaders and foreign powers as "historic."

His government includes two deputy prime ministers, 26 ministers and six ministers of state, with the key foreign affairs and justice portfolios handed to women, a first in Libya.

"This will be the government of all Libyans," Dbeibah said after the vote. "Libya is one and united."

Dbeibah's administration is expected to replace both the U.N.-recognised Government of National Accord (GNA), based in Tripoli, and a parallel Cabinet headquartered in the east under the de facto control of forces of putschist Gen. Khalifa Haftar.

Turkey has backed the GNA, while Haftar's administration has drawn on support from the United Arab Emirates (UAE), Egypt, France and Russia.

Outgoing GNA head Fayez Sarraj has said he is "fully ready to hand over" power, while Haftar last month offered "the support of the armed forces for the peace process."

But the new executive faces daunting challenges to unify the country's institutions, end a decade of fighting marked by international interference and prepare for elections on Dec. 24.

Dbeibah, 61, a wealthy businessperson from the western port city of Misrata, once held posts under Gadhafi but has shown no clear ideological position.

During Gadhafi's rule, Misrata underwent an industrial and economic boom, from which the Dbeibah family and many others profited.

He holds a master's degree from the University of Toronto in engineering, and his expertise introduced him to Gadhafi's inner circle and led him to head a company managing huge construction projects.

Dbeibah was considered an outsider compared to other candidates vying for the job, and his election process has been marred by allegations of vote-buying.

But Dbeibah jumped into his role even before his inauguration, including pledging to combat the coronavirus crisis and taking anti-corruption measures by freezing state-owned investment funds.

But after 42 years of dictatorship under Gadhafi and a decade of violence, the list of challenges is long.

Another key task will be ensuring the departure of an estimated 20,000 mercenaries and foreign fighters still in the country, who Dbeibah has called "a stab in our back."

Foreign mercenaries and arms have poured into the country since Haftar launched his offensive, with Russia and the UAE serving as the putschist general's top suppliers against the legitimate GNA and Tripoli in 2019.

The U.N. Security Council on Friday called for all foreign forces to leave "without further delay."