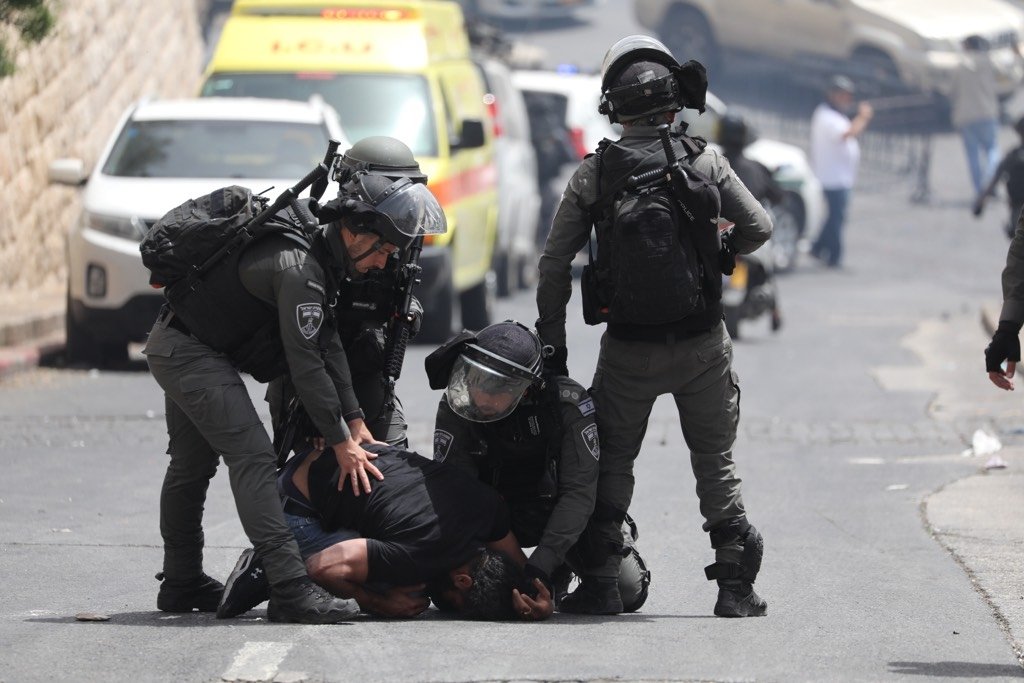 Israeli police push down a Palestinian man at the Lions' Gate, as tensions continue at the Temple Mount in the Old City of Jerusalem, East Jerusalem, occupied Palestine, May 10, 2021. (EPA Photo)
by DAILY SABAH May 10, 2021 4:05 pm

Speaking on the Israeli violence targeting peaceful Palestinians in Jerusalem, Erdoğan reiterated Ankara’s support for the Palestinian cause and pledged to stand with Palestinians.

Erdoğan stated that Israel’s acts were “terror” and strongly condemned the attacks on the Palestinian people.

The attacks on Islam's third holiest site and around East Jerusalem, which injured over 200 Palestinians and 17 police officers over the weekend, came amid mounting anger over planned evictions.

Tensions in Jerusalem have soared in recent weeks as Palestinians have protested against Israel's restrictions on access to parts of the Old City during the Islamic holy month of Ramadan, and after authorities ordered several Palestinian families to leave their homes to make way for Israeli settlers.