Turkey to send humanitarian aid to cyclone-hit island of Vanuatu 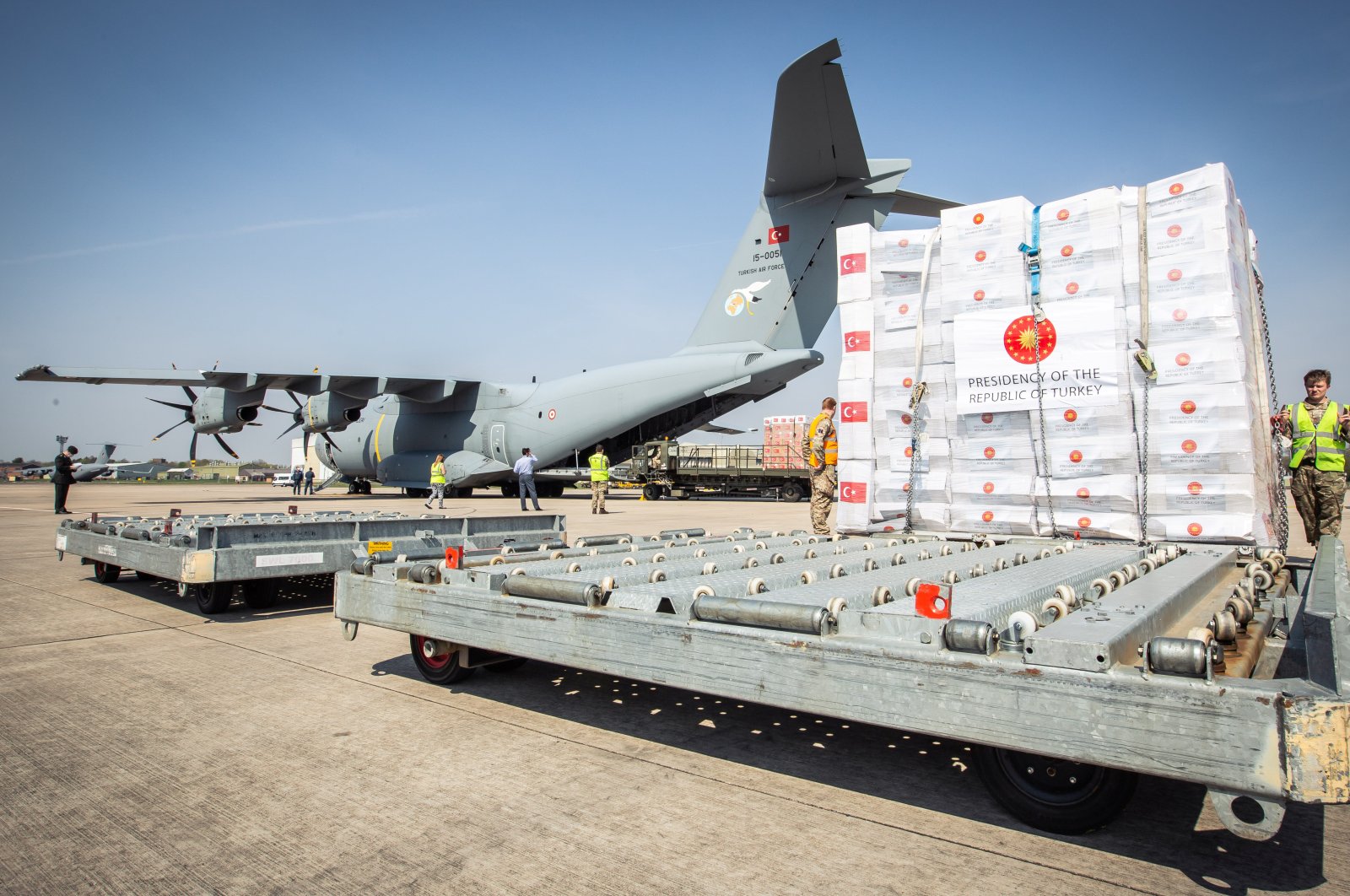 Crucial supplies of personal protective equipment (PPE) for medical staff are delivered from Turkey into a Royal Air Force base for distribution around the country, amid the coronavirus disease (COVID-19) outbreak, in Carterton, Britain, April 10, 2020. (REUTERS Photo)
by DAILY SABAH May 19, 2020 11:35 am
RECOMMENDED

Turkey’s helping hand has reached an island 16,000 kilometers away in the South Pacific Ocean. Ankara is planning to send humanitarian aid to the Pacific island country of Vanuatu.

Hit by a cyclone in early April, Vanuatu is in dire need of humanitarian aid. As an island country whose economy is highly dependent on tourism revenue, the country has been going through difficult times since global tourism halted due to the ongoing coronavirus pandemic.

Speaking to Daily Sabah, Vanuatu’s Honorary Consul in Istanbul Mehmet Atar said that the aid will be delivered in the form of cash amounting to $15,000.

In such a situation, Turkey is preparing to be the fourth country which will lend a helping hand to Vanuatu, after Australia, New Zealand and China.

In Vanuatu, 70% of tourism-related jobs have reportedly disappeared.

Cyclone Harold made landfall on the largest island in Vanuatu, Espiritu Santo, on April 6 before hitting the Solomon Islands, Fiji and Tonga. The United Nations cited media reports saying the storm left more than two dozen people dead, and destroyed homes, buildings and crops in the four countries.

U.N. spokesman Stephane Dujarric said last month that Secretary-General Antonio Guterres expressed “deep solidarity with the people of the Pacific as they face the impact of this cyclone along with other climate-related challenges, as well as the coronavirus pandemic, which adds a worrying new dimension to existing vulnerabilities.”

In Vanuatu, the U.N. humanitarian office said, “Initial assessments suggest as much as 90% of the population in Sanma, the most affected province ... lost their homes, and more than half of all schools and almost a quarter of health centers were damaged.”

“Crops have been destroyed and many communities are now cut off from help because of flooding and the destruction of roads,” it added.

He added it was especially important to support Vanuatu at a time when “the COVID-19 pandemic touches us all,” adding that the U.N. aid will help the country rebuild what is essential for the successful fight against the virus.

Vanuatu, with roughly 80 islands stretching across an area around 1,300 kilometers (807 miles) and a population near 300,000, was jointly controlled by the United Kingdom and France as the New Hebrides before it gained independence in 1980.

Touching upon Turkey’s global solidarity efforts, Foreign Minister Mevlüt Çavuşoğlu said late Monday that a total of 135 countries sought assistance from Turkey as the coronavirus rapidly spread around the globe.

He added they were working to assist the remaining countries.

"Nothing will be the same," he said, referring to the post-virus period. "Turkey will be one of the key countries both (in the sense of) globalization and regionalization."

Çavuşoğlu said the virus claimed the lives of 535 Turkish expats abroad, and the bodies of 438 were brought home for burial.

Moreover, an upward of 70,000 Turkish citizens were evacuated from 115 countries amid the pandemic.

Çavuşoğlu also spoke by phone with U.S. Secretary of State Mike Pompeo Monday on cooperation between Washington and Ankara against the coronavirus pandemic.

"We will continue to bring Turkish and U.S. citizens to their home countries, cooperating on supply chain issues and @NATO Alliance efforts," he wrote.

The phone conversation came days after Turkey sent two planes of medical gear to help the U.S. combat the disease and the latest flights to repatriate their citizens.

In another phone call on Tuesday, Çavuşoğlu talked with his German counterpart Heiko Maas on normalization, COVID-19, tourism, EU and regional issues.

After originating in China last December, COVID-19 has spread to at least 188 countries and regions. Europe and the United States are currently the worst-hit areas.

Turkey has reported over 150,000 cases since the start of the outbreak and more than 111,000 of the patients have fully recovered. The death toll of the country now stands at 4,171.