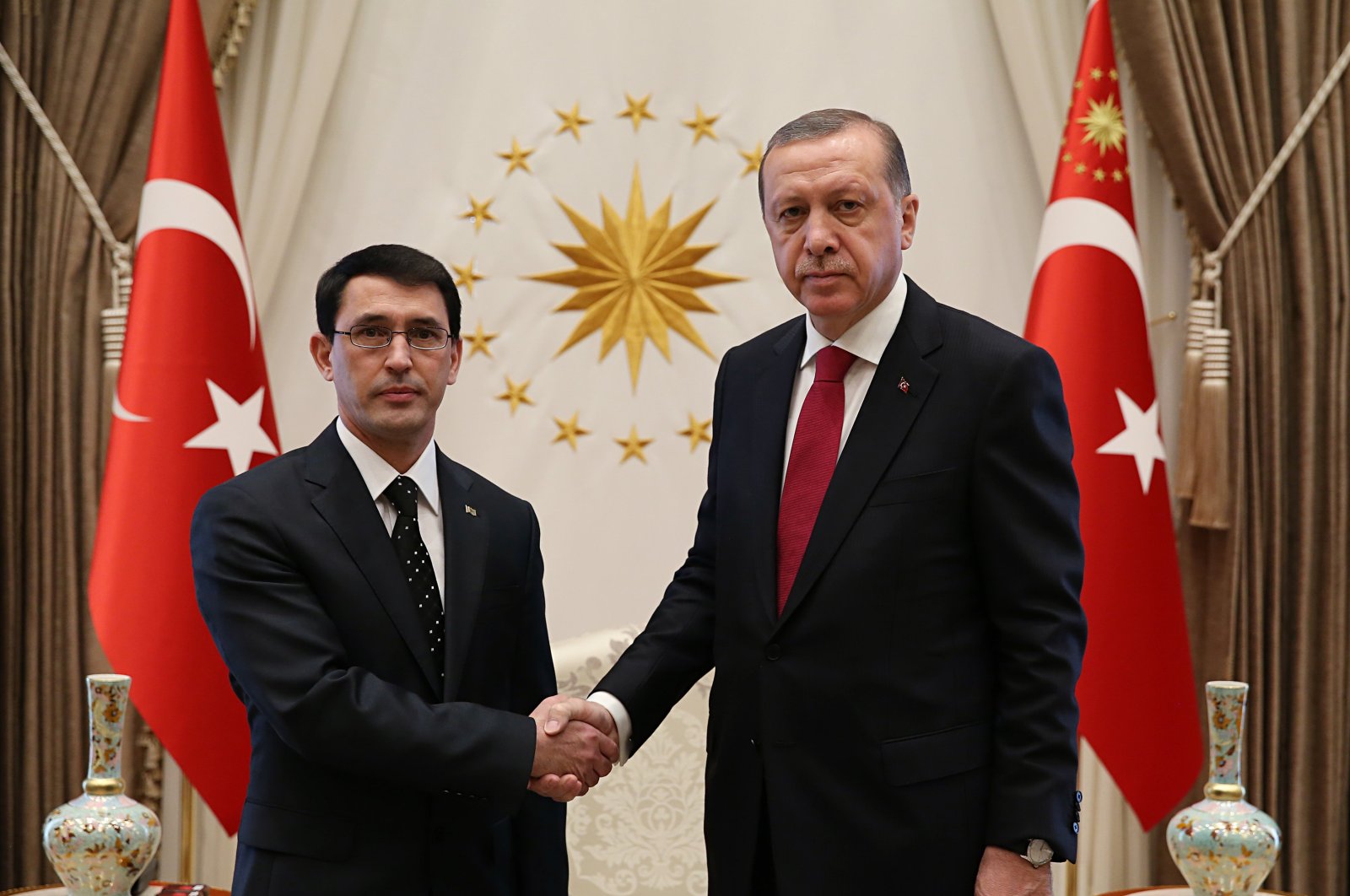 Bilateral ties between Turkey and Turkmenistan continue to remain at a "high level" since the former declared independence in 1991, its envoy to Ankara has said.

"Turkey was the first country to recognize Turkmenistan's independence and open an embassy in Turkmenistan," Ambassador Ishankuli Amanlyev told Anadolu Agency (AA) in an exclusive interview.

Turkmenistan opened its embassy in the Turkish capital in 1992, he added.

Amanlyev said the two countries have "good relations in all fields," including political, economic, commercial and cultural.

"Our relations will always continue to develop in the future, and we, as the embassy, will do our part to make them even better and reach higher levels," he said.

The ambassador stressed that relations at the presidential level have a "special importance" for Turkmenistan and Turkey, and inter-ministerial meetings also continue regularly.

Amanlyev shared that his country would mark the 30th anniversary of its independence this year, and various "impassioned celebration events" will be held in Turkmenistan and abroad, including Turkey, with 2021 being declared the year of "Turkmenistan-Motherland of Peace and Trust."

At the 106th plenary meeting on Sept. 12, 2019, the United Nations General Assembly, on the initiative of Turkmenistan's President Gurbanguly Berdimuhamedov, adopted a resolution declaring 2021 as the International Year of Peace and Trust.

In 1992, Turkmenistan declared its neutrality as part of its foreign policy at the Helsinki summit of the Organization for Security and Co-operation in Europe (OSCE). In 1995, the U.N. General Assembly unanimously adopted Turkmenistan's permanent neutrality resolution.

The term "neutrality" is evaluated mostly in the form of legal status and a concept of international law to designate states that are ally-free, that is, of equal distance to all countries.

Having gained the status of a neutral state, a country is assumed to have several obligations. Those obligations include non-accession to military alliances and blocs, renunciation of weapons of mass destruction, adherence to universal values, ensuring stability inside the country, equal relations with all states of the world and developing close cooperation with humanitarian international organizations.