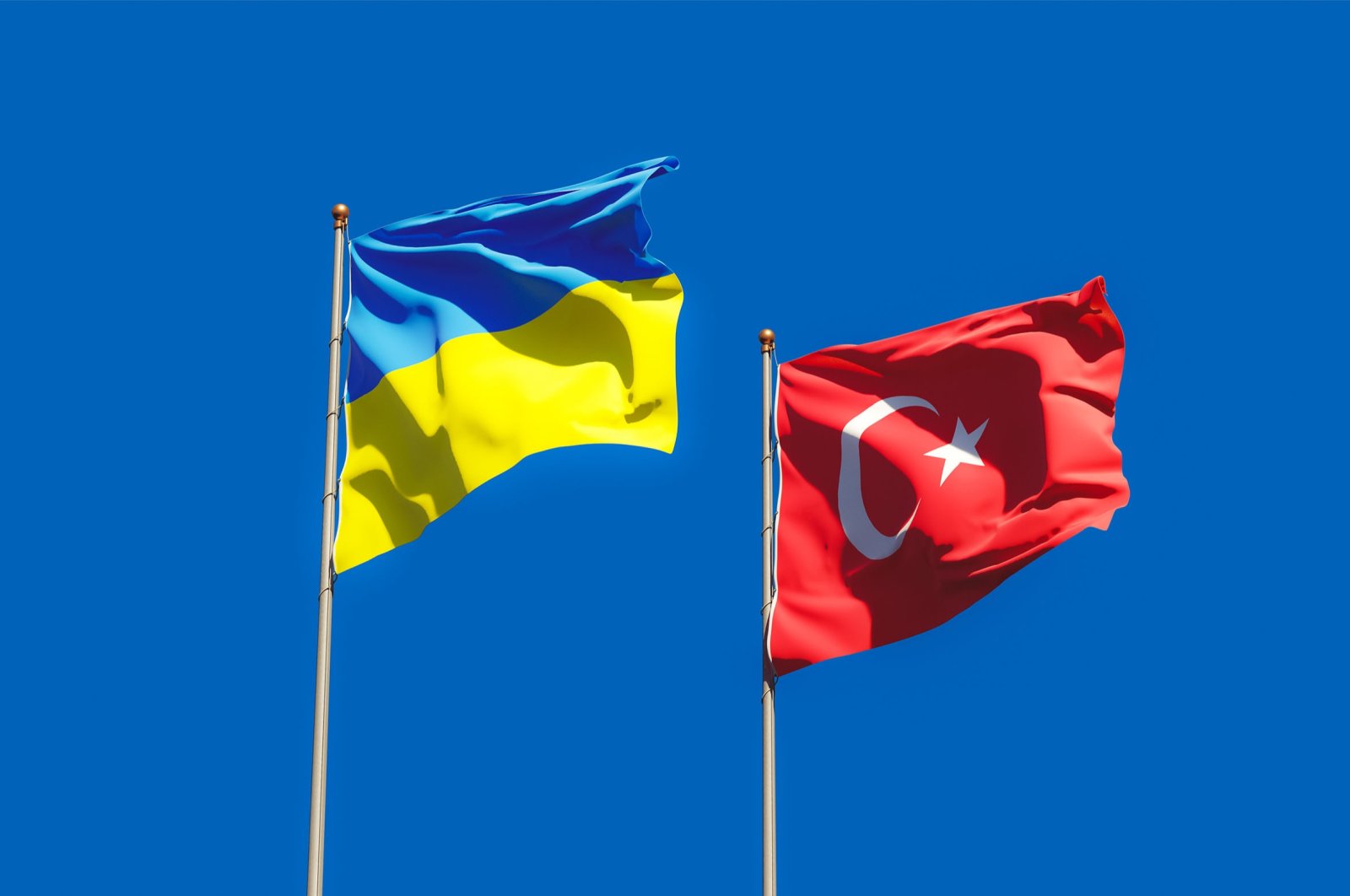 Having extensive cooperation in several fields ranging from economy to defense and deep-historical roots, Ukraine's top diplomat said that ties between Kyiv and Ankara also contribute to the security of the Black Sea region

Cooperation between Turkey in Ukraine is vital for security in the Black Sea region, Kyiv’s Foreign Minister Dmytro Kuleba said Thursday, as ties between the two allies grow stronger in every field including economy, defense, trade and tourism.

“Ukraine and Turkey are developing a clear vision for the future security of the Black Sea region,” Kuleba wrote in an article for Atlantic Council, an American think tank.

“It is time for NATO to begin viewing this Ukrainian-Turkish partnership as a valuable supplementary force that can help provide security and stability in the region,” he stressed.

Only joint action by NATO including ally Turkey “will make it possible to prevent the Black Sea from falling under Russian dominance and becoming subject to Moscow’s destabilizing activities.”

Speaking on relations with Ankara, Kuleba said that partnership was strengthened by the 2+2 quadriga format of political and security consultations involving the two countries’ ministers of foreign affairs and defense.

“Priority cooperation initiatives currently include large infrastructure projects and the joint production of Turkish Bayraktar drones, while plans are also evolving to unite efforts in the production of Ukrainian Antonov aircraft,” he added.

Most recently, Ukraine's defense ministry late Tuesday published a video of what it said was its first use of the Turkish-made TB2 Bayraktar drone in the conflict, targeting artillery.

The introduction of the drone is a potential game-changer in the yearslong conflict, considering that Turkish drones were used by Azerbaijan last year to overpower Armenia's army in Nagorno-Karabakh – another frozen post-Soviet conflict.

"This should give pause to those who give airtime to Ukraine's stubborn demands that it should be admitted to NATO right away," he said.

On the other side, Latvia praised Turkey’s support for Ukraine on Thursday.

The European Union should take an example from Turkey for its support toward Ukraine, Latvian Deputy Prime Minister and Defense Minister Artis Pabriks said.

“(The) European Union should take (an) example from Turkey as far as its assistance to Ukraine to fight invaders, and provide support to Poland, Lithuania and Latvia to construct a modern border due to hybrid attacks. At this moment, Poland and (the) Baltic States are doing the EU's job and paying for it,” he wrote on Twitter.

Latvia had signaled in June it could be the second EU and NATO member state to acquire Turkish UAVs that have scored high-profile successes in the field, following the purchase by Poland.

“Recent years have seen the strategic partnership between Ukraine and Turkey reach the highest level in the three decades since Ukraine restored its independence in 1991,” Kuleba said, indicating that both countries will celebrate 30 years of diplomatic relations in 2022.

He said that new agreements are being prepared ahead of next year’s Strategic Council.

“Both sides see the February 2022 meeting as an opportunity to finally sign a long-awaited Turkish-Ukrainian free trade agreement following years of negotiations,” he noted.

To a large extent, the countries have managed to keep the volume of bilateral trade at $4.7 billion (TL 32.68 billion) in the face of the pandemic.

In the first quarter of 2021, bilateral trade volume increased by 18% and was realized at around $1.5 billion.

President Recep Tayyip Erdoğan and Zelenskyy recently agreed to finalize the negotiations for the free trade agreement to increase trade volume between the countries to $10 billion.

Another important factor contributing to positive ties between the countries is the presence of strong Crimean Tatar communities in both Ukraine and Turkey, Ukraine’s top diplomat noted.

“We commend President Erdogan for his personal involvement in freeing a number of Ukrainian political prisoners, Crimean Tatars, from Russian captivity.”

Ankara is one of Kyiv’s most important partners in the recently initiated Crimea Platform, he pointed out.

Ukraine established the Crimean Platform in October 2020 as part of its strategy on the de-occupation of Crimea.

Saying that Kyiv and Ankara are friends in need, he reminded that Ukraine also supported Turkey during the wildfires that raged through the country in the summer.

“Kyiv dispatched two large firefighting Antonov aircraft and a number of specialized helicopters to Turkey. Ukrainian firefighters worked night and day to extinguish fires and keep them away from tourist areas,” he said.