Turkey urges Turkic Council to act together on global issues 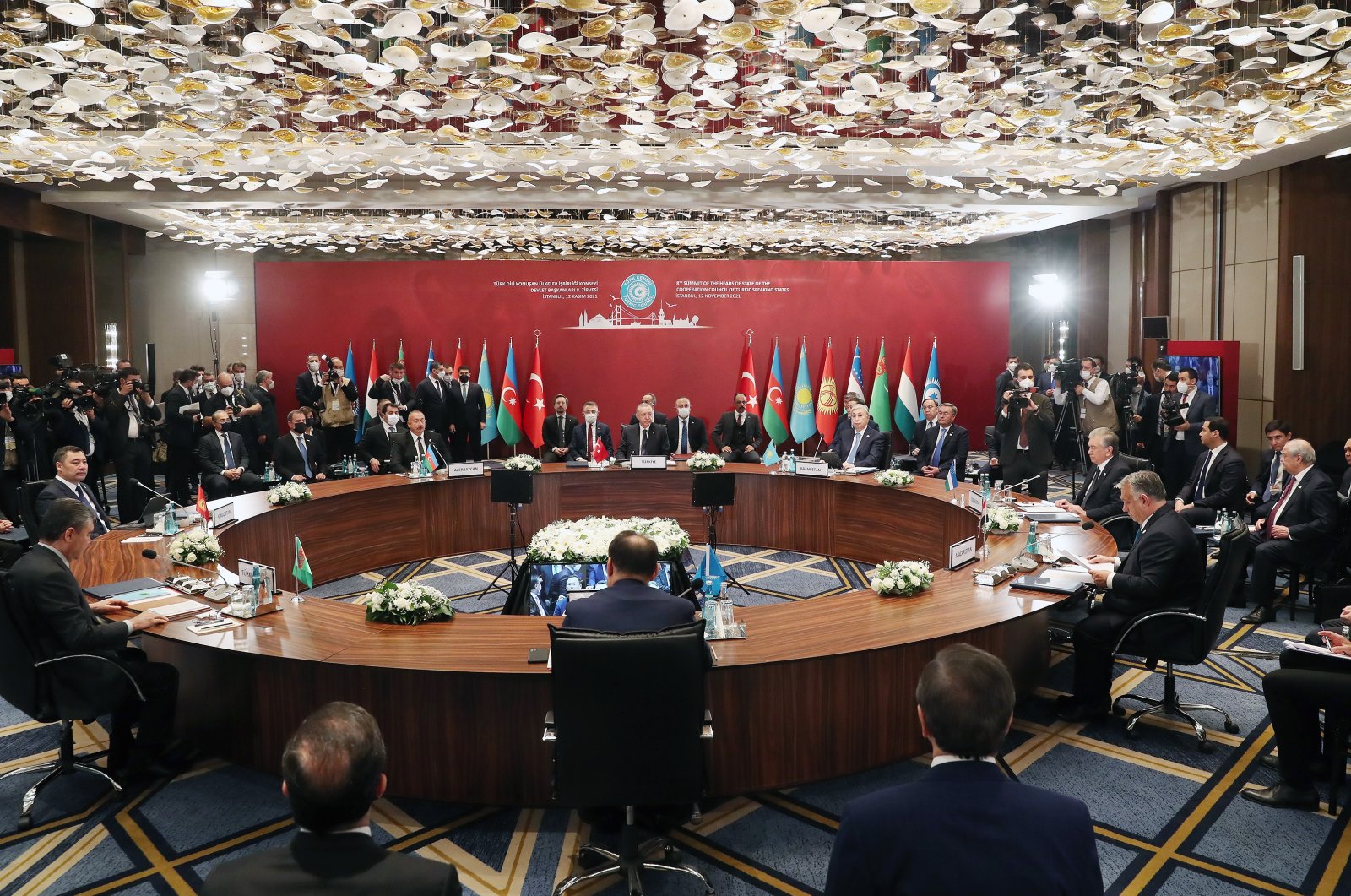 Hosting the 8th summit of the Turkic Council in Istanbul, Erdoğan underlined the organization's vision for further cooperation

The 8th Summit of the Cooperation Council of Turkic Speaking States (Turkic Council) was held on an island southeast of Istanbul. The meeting held under the theme "Green Technologies and Smart Cities in the Digital Age" was hosted by President Erdoğan.

During the meeting, the organization's name has been changed to the Organization of Turkic States.

In his opening speech, Erdoğan said: "We are determined to continue our fight against all forms of terrorism. We must increase our cooperation in this regard," mentioning the PKK terrorist organization's Syrian affiliate known as the YPG, Daesh and the Gülenist Terror Group (FETÖ).

He also underlined the importance of carrying out joint projects for green development. On natural disasters, he proposed the establishment of the “Organization of Turkish States Civil Protection Mechanism” for the members to coordinate efforts.

Regarding climate change, Erdoğan underlined that Turkey will exert great efforts to develop multilateral cooperation on this global issue during its term in the presidency of the organization.

"We must act together in the fight against destructive currents such as Islamophobia and xenophobia, which are the plague of our time," he also added.

Erdoğan, meanwhile said some 2.5 million COVID-19 vaccines were donated to African countries by Organization of Turkic States, with 2 million of them donated by Turkey only.

Turkey hopes to see the Turkish Republic of Northern Cyprus (TRNC) among the members of the Turkic Council, the Turkish president also said.

"I trust in your valuable support in easing the isolation and embargo against Turkish Cypriots, who are an inseparable part of the Turkic World," he told the council members.

Speaking after the Turkish president, Aliyev said that Erdoğan showed Baku that it is not alone in the world and that Ankara will always stand by it, referring to last year's Karabakh conflict in which Turkey threw its support behind Azerbaijan, whose Nagorno-Karabakh region had remained under illegal Armenian occupation for nearly three decades before finally being liberated last November.

During a 44-day conflict last year, which ended in a truce on Nov. 10, 2020, Azerbaijan liberated several cities and nearly 300 settlements and villages in Nagorno-Karabakh from Armenia's illegal occupation. On Nov. 10, the two countries signed a Russia-brokered deal to end fighting and work toward a comprehensive solution.

"Today we have a common vision among the countries of the Turkic world. This common vision needs to be built on a solid foundation," Aliyev added.

Important decisions on the functioning and future of the organization, including the changing of its name to the Organization of the Turkic States and the adoption of a "Vision Document" for the next two decades, are expected to be made at the summit.

Ways to further develop cooperation among the friendly countries in every field will also be discussed at the summit, during which Turkey will assume the presidency of the organization from Azerbaijan.

Erdoğan will also hold bilateral talks with his counterparts on the sidelines of the summit.

The Turkic Council was formed in 2009 to promote cooperation among Turkic-speaking states. It consists of Azerbaijan, Kazakhstan, Kyrgyzstan, Turkey and Uzbekistan as member countries and Hungary as an observer state.

Earlier in the day before the summit began, Erdoğan alongside the leaders of the Turkic Council member countries and Turkic Council Secretary General Baghdad Amreyev, officially opened the council's general secretariat building in the Sultanahmet neighborhood of Istanbul's Fatih district.