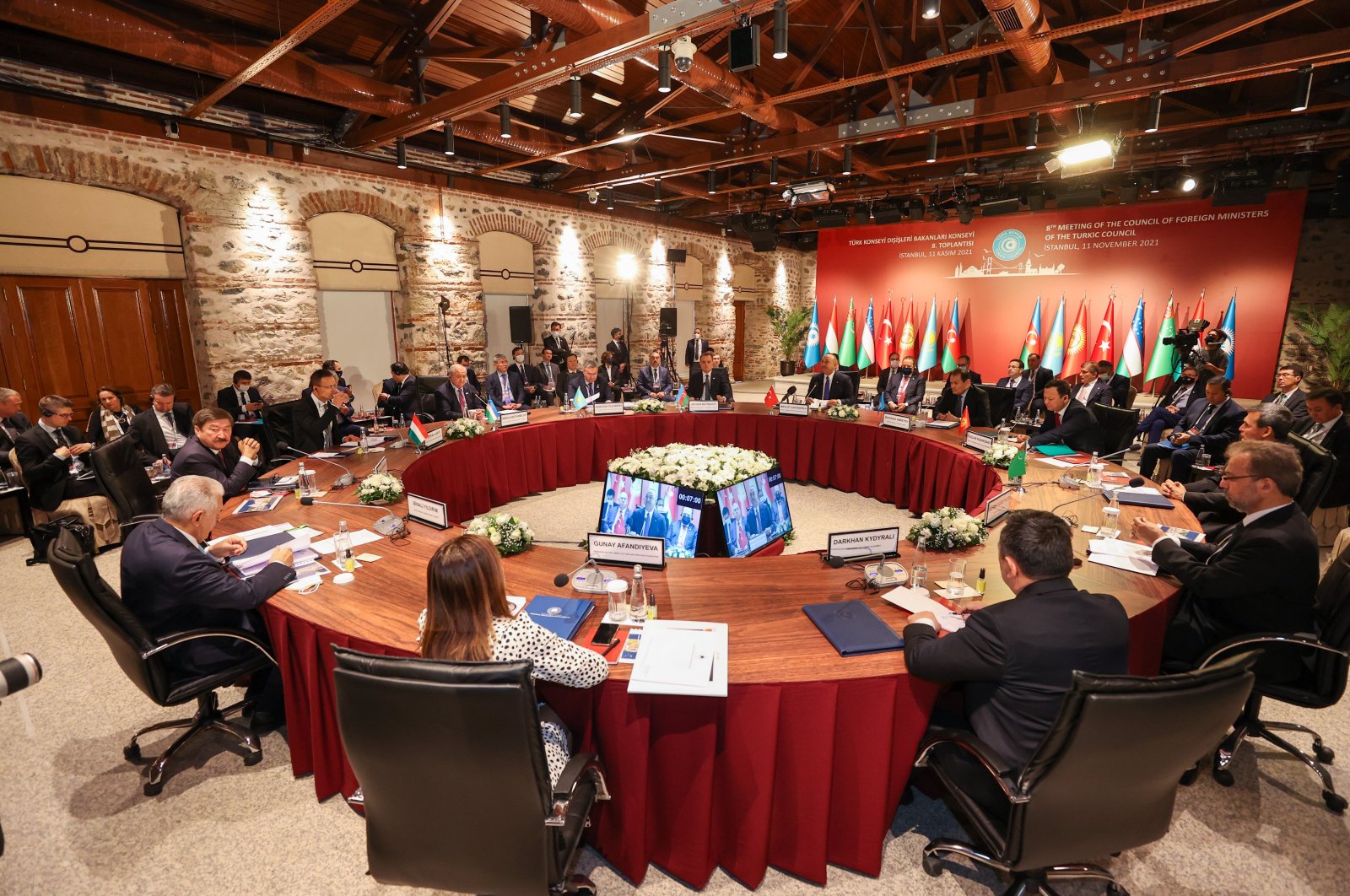 Foreign Minister Mevlüt Çavuşoğlu announced that the name of Turkic Council has been changed to the Organization of Turkic States amid efforts to further strengthen ties between Turkic countries and transform for the future.

Speaking at the foreign ministers’ meeting a day before the 8th Summit of the Cooperation Council of Turkic Speaking States in Istanbul on Friday, Çavuşoğlu said the council is undergoing a transformation project.

“We will strengthen our international power as we consolidate our unity without forgetting our roots,” the foreign minister said, adding that the council’s responsibility has also increased in the face of Asia’s rise in global politics.

In his speech, Çavuşoğlu emphasized the idea that all Turkic-speaking people are “branches” of a single tree as he referred to the Turkic Council as a “family council.”

Çavuşoğlu also announced that Turkmenistan would be joining the organization as an observer this year, as he welcomed the addition, saying that it would “complete the family picture.”

Meanwhile, the foreign minister also said Friday’s summit would clarify criteria for observer and partnership status and would accept a resolution on the 2040 Vision of the Turkic World.

“The same way our roots are common, we also need to have a common vision regarding the future,” Çavuşoğlu said.

Calling on the foreign ministers of the council to enhance consultation on global issues, Çavuşoğlu said they all need to be active in order to remain in control in the face of ongoing crises.

“We need to be active and make swift decisions in order to be able to steer incidents rather than them directing us,” he said, adding that the meeting on Afghanistan in September was significant in this regard.

Earlier this month, President Recep Tayyip Erdoğan said Turkey attaches great importance to the establishment of new grounds for dialogue by Turkic Council members’ judicial organs at a time when threats directly affecting countries and their citizens such as terrorism, irregular migration and transnational crimes are increasing.

The Turkic Council was established in October 2009 after Turkey, Azerbaijan, Kazakhstan and Kyrgyzstan signed the Nakhchivan Agreement. Uzbekistan finalized its accession to the organization during the seventh summit of the Turkic Council on Oct. 15, 2019, in Baku. Hungary and Turkmenistan are observer states. The council aims to promote comprehensive cooperation among Turkic-speaking states.