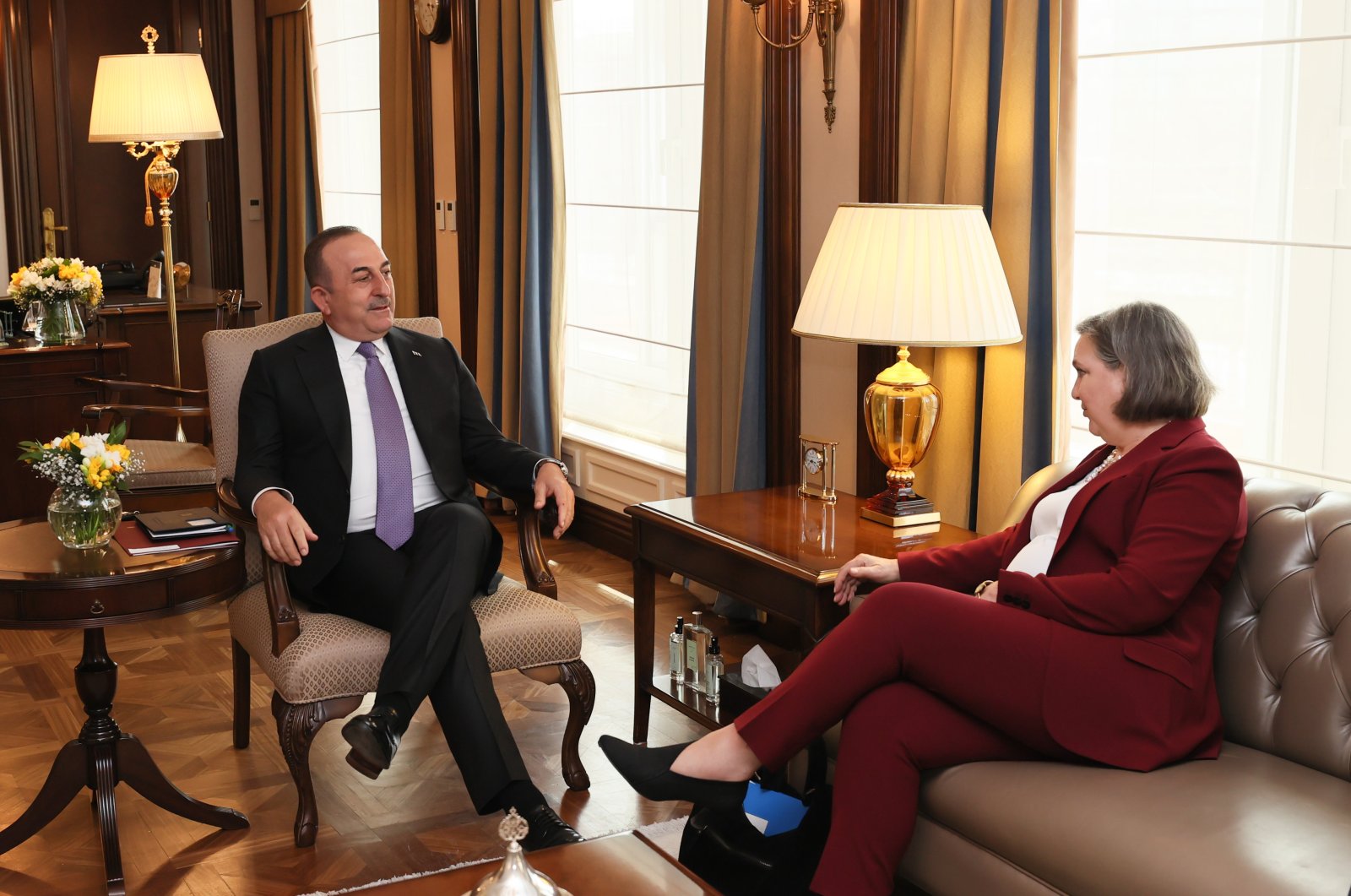 Turkey and the U.S. announced on Monday that they launched a strategic mechanism to further expand the countries' bilateral cooperation, according to a joint statement.

The announcement came on the sidelines of a meeting between Turkish Deputy Foreign Minister Sedat Önal and the U.S. Under Secretary of State Victoria Nuland in the capital Ankara.

Turkey and the United States thereby announced the culmination of months of talks to set up a procedure for improving their strained ties, eyeing cooperation in the areas of economy and defence.

"In keeping with the commitment made by Presidents (Recep Tayyip) Erdoğan and (Joe) Biden during their meeting in Rome in October 2021, Turkey and the United States launched the Turkey-U.S. Strategic Mechanism on April 4 in Ankara," said the joint press release.

Erdoğan and Biden had agreed in October to undertake the "Strategic Mechanism" talks for which officials have now cleared the way.

During their meeting, the diplomats reviewed topics of mutual interest, including economic and defense cooperation, counterterrorism, and key areas of shared regional and global interest.

The U.S. welcomes Turkey's efforts "to facilitate a just, negotiated diplomatic solution" to end the war in Ukraine, the statement said. The two sides also stressed their shared commitment to Ukraine's sovereignty and territorial integrity.

The statement also said the U.S. Department of Commerce Under Secretary Marisa Lago would visit Ankara on April 5-6 to advance the economic and trade cooperation goals of the strategic mechanism.

The sides also said they look forward to a ministerial-level meeting later in 2022 within the framework of the mechanism.

Separately, Nuland also came together with presidential spokesperson Ibrahim Kalın in a meeting during which both sides expressed satisfaction with the implementation of the strategic mechanism, saying it would have a positive impact on the course of bilateral relations.

The meeting said that Russian-Ukrainian talks in Istanbul on March 29 gave "positive momentum" to peace efforts, with Turkey playing "an important role" in ending the war between Russia and Ukraine.

Kalın told Nuland that Turkey will resolutely continue its diplomatic initiatives for a cease-fire and the opening of humanitarian corridors.

The announcement of the new mechanism comes after the decades-old partnership between the two NATO allies, Turkey and the U.S., has gone through unprecedented tumult in the past five years over disagreements on many issues, including Syria and Ankara’s closer ties with Moscow. There are additional sources of strain for the two countries, including the U.S. support for the YPG, whom Turkey considers terrorists; and the continued U.S. residency of FETÖ figures including its head Fethullah Gülen, who plotted the failed coup attempt against the Turkish government in 2016.

Moreover, the U.S. sanctioned the Turkish defence industry in December 2020 over its pıurchase of Russian S-400s missile systems and has expelled its ally from its F-35 fighter jet programme. Ankara has called the moves unjust, but the allies have since been working to set aside differences and focus on cooperation, including on Ukraine.