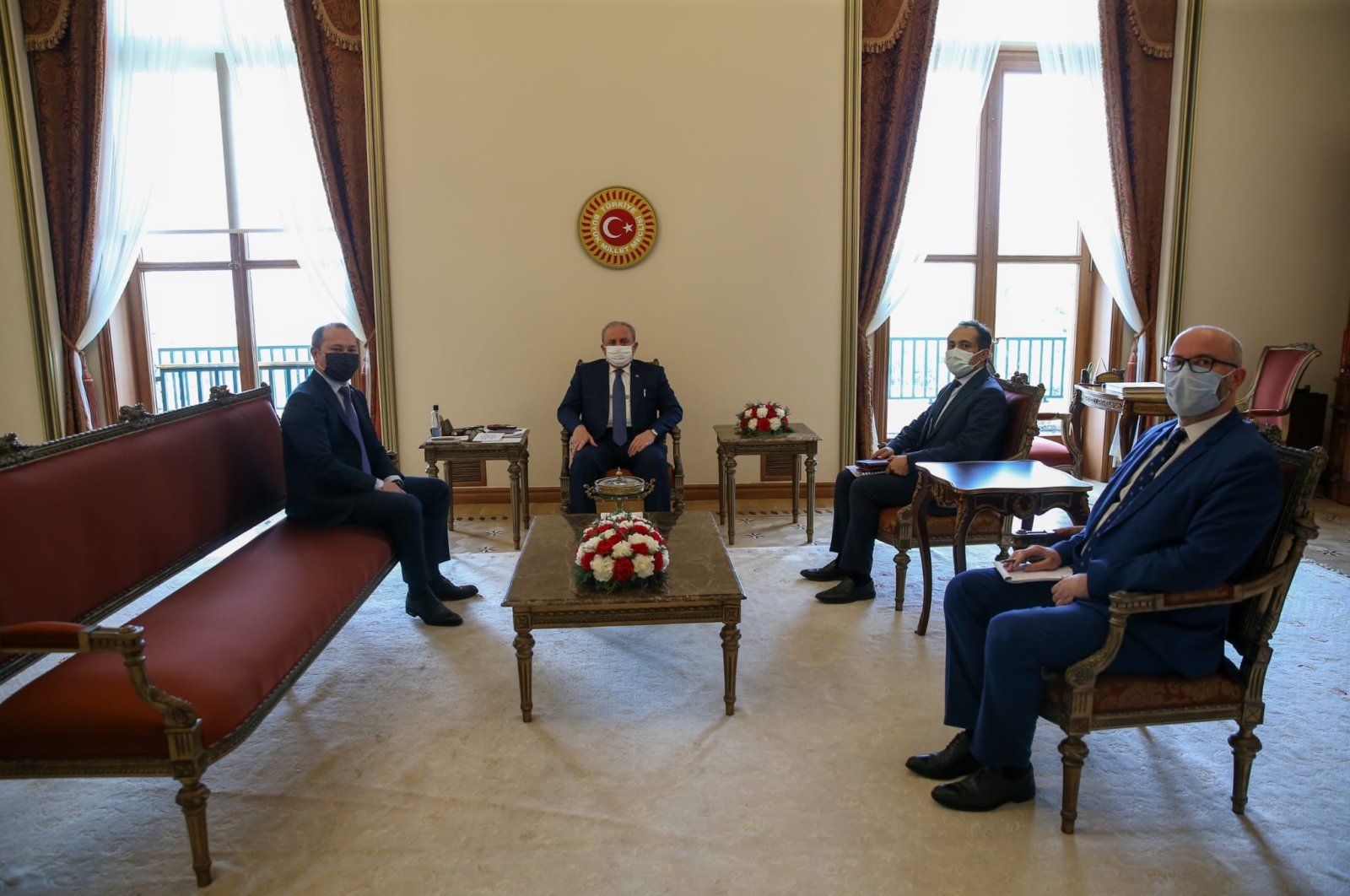 Parliament Speaker Mustafa Şentop attends a meeting with the Parliamentary Assembly of Turkic-Speaking Countries in Ankara, Turkey, May 3, 2021. (AA Photo)
by Anadolu Agency May 04, 2021 10:23 am
RECOMMENDED

Şentop was speaking to reporters before receiving Altynbek Mamayusupov, secretary-general of the Parliamentary Assembly of Turkic-Speaking Countries (TURKPA) in the capital, Ankara.

"Kyrgyzstan and Tajikistan are our two brother countries. Our expectation is for some permanent steps to be taken for the issues (between the two countries)," Şentop said.

Turkey is ready to do its part to resolve the issues between the two countries, he noted.

"We are ready to do our best to provide a permanent solution and also to mediate between our brothers," he added.

Surveillance equipment was installed by Tajik officials at the Golovnoi water distribution center, which Kyrgyzstan says is located in an area where sovereignty is yet to be defined, according to the Radio Free Europe news website.

Clashes broke out with the intervention of border troops from the two countries, and soldiers were sent to the region with armored vehicles from both sides.

Tensions over control of the water supply continued Thursday with residents throwing stones at each other.

At least 39 people were killed – including a 13-year-old girl – and 134 wounded along the disputed segment of the Kyrgyz-Tajik border, according to the Kyrgyz health ministry.