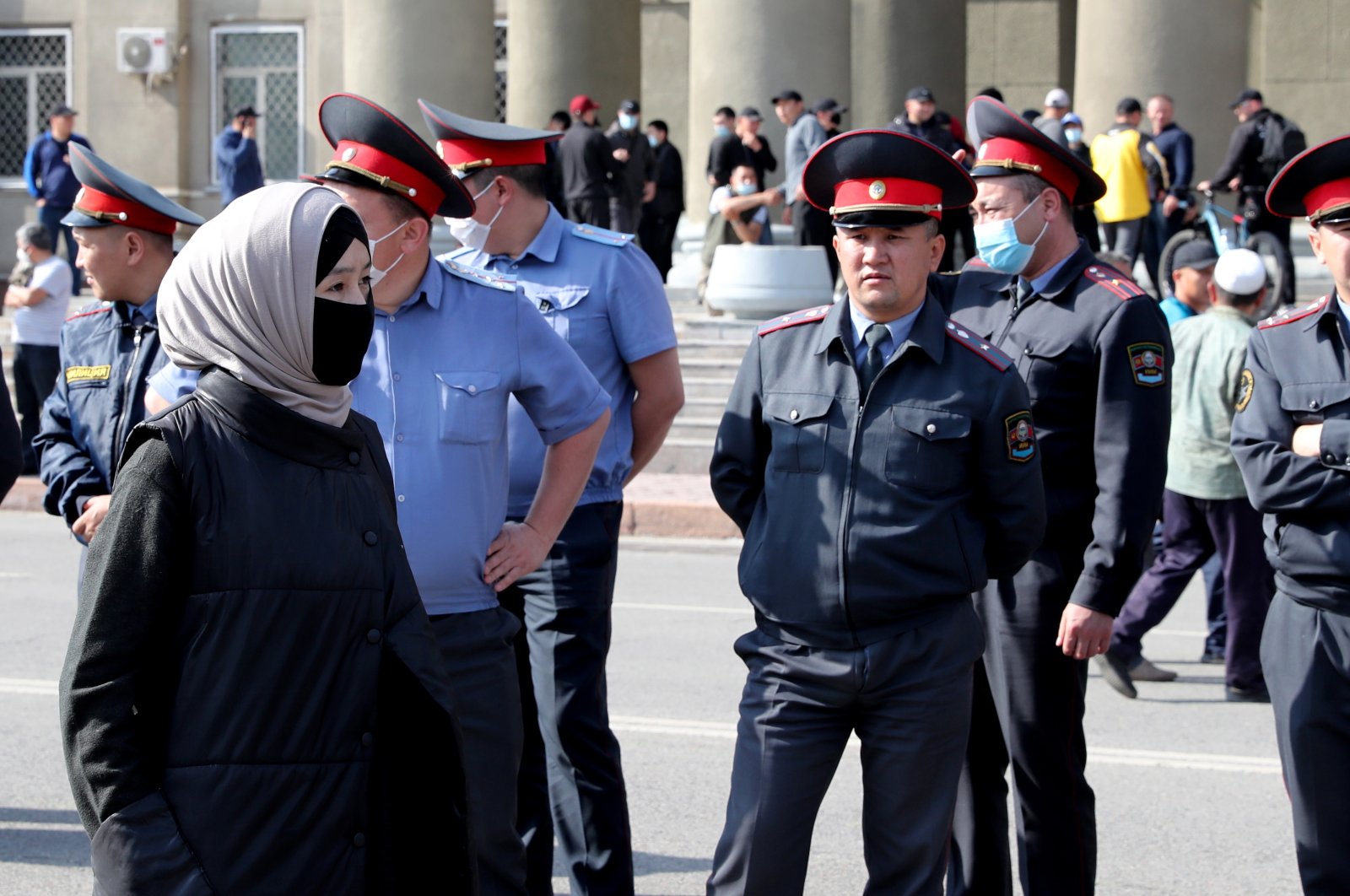 Turkey on Saturday offered support for the peaceful settlement of recent tensions between Tajikistan and Kyrgyzstan due to a border conflict.

Foreign Minister Mevlüt Çavuşoğlu expressed Ankara's support for a cease-fire deal between Tajikistan and Kyrgyzstan on Saturday in separate phone calls to his counterparts in the two Central Asian nations.

Çavuşoğlu also voiced his satisfaction with the truce inked between the two sides earlier on Saturday.

The violence that started on Wednesday between Tajikistan and Kyrgyzstan was centered on control over the local water distribution network, Kyrgyz media reported on Thursday.

Surveillance equipment was installed by Tajik officials at the Golovnoi water distribution center, which Kyrgyzstan says is located in an area where sovereignty is yet to be defined, according to the Radio Free Europe news website.

Clashes broke out with the intervention of the border troops from the two countries, and soldiers were sent to the region with armored vehicles from both sides.

Tensions on control of the water supply continued on Thursday, however, with residents throwing stones at each other.

Nearly 40 people were killed – including a 13-year-old girl – and 134 wounded along the disputed segment of the Kyrgyz-Tajik border, according to the Kyrgyz Health Ministry.

The Turkic Council on Friday also expressed concern over the escalation of tensions on the Kyrgyz-Tajik state border and called for the swift introduction of a cease-fire.

In a written statement, the council extended condolences to the families of victims and wished for prompt recovery for those wounded.

"We express our contentment for the negotiations of the Ministries of Foreign Affairs of the parties and for the swift introduction of a cease-fire between the sides which opened up the course of de-escalation," it said.