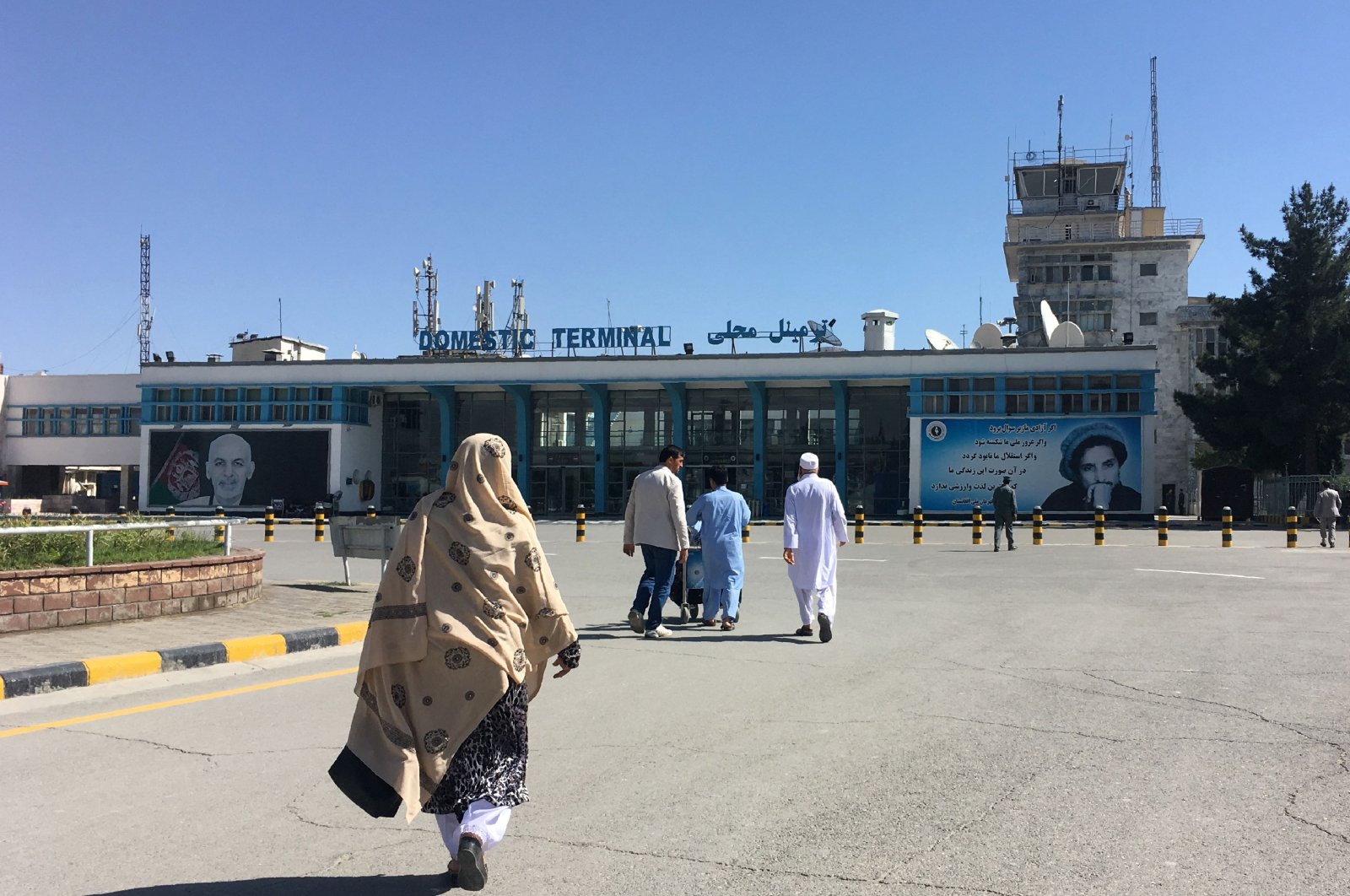 Turkey will likely run and guard Kabul Hamid Karzai International Airport in Afghanistan if the necessary conditions are met, Defense Minister Hulusi Akar said Thursday, adding that no additional personnel is to be sent there.

Speaking at a ceremony in the capital Ankara, Akar said that a delegation from the United States came to the ministry early Thursday and talks about the future of Kabul airport after the withdrawal of U.S.-led NATO troops have been launched.

"No decision has been taken as of now. Apart from our current personnel, we do not have any personnel going to the region," he said.

Describing Afghanistan as "the heart of Asia" and a country of critical importance, Akar said that there are deep-rooted historical and cultural ties between Turkey and Afghanistan.

Highlighting that it is the 100th anniversary of Turkish-Afghan diplomatic relations, he said: "As stated in the Turkish-Afghan alliance agreement of 1921, 'the fate and happiness of the two countries belong to each other.' Therefore, Turkey has made great efforts to ensure that our Afghan brothers live in peace, security and stability, and we will continue to do so."

Underlining that Turkey has contributed to the International Security Assistance Force since its first assignment in 2002 and to NATO's Resolute Support Mission since 2015 within the framework of U.N. resolutions, Akar said that Turkey's achievements in this regard are highly appreciated by all.

“We will continue to take on the responsibility of operating the Hamid Karzai International Airport, which we have been doing for the past six years, if the necessary conditions are met,” Akar said adding that: “Discussions on this matter are continuing. No decisions have been reached for now.”

“We want to achieve the best result for the interests of our country and for those of Afghanistan. That’s what we are working for. Our aim is to continue working for the security, peace and welfare of our Afghan brothers.”

Akar on Wednesday also said that Turkey will not send additional troops to Afghanistan as part of the plan to run and secure Kabul's airport following the U.S. and NATO pullout from the country.

Speaking to reporters in Parliament, Akar said Turkey had a military presence in Afghanistan working under NATO's Resolute Support Mission to guard the airport for six years, adding that details of the plan were still being discussed.

"At the moment, we already have a presence there and it is out of the question for us to send any soldiers there in any way now," Akar said, referring to some 500 Turkish troops taking part in the NATO mission.

"When these efforts are concluded in the coming period, the necessary measures will be taken and it will become a plan," he said, adding the issue would be discussed with the U.S. delegation in Ankara.

Turkey, whose forces in Afghanistan have always been comprised of noncombatant troops, has offered to guard and run Hamid Karzai airport after NATO's withdrawal and has been holding talks with the United States on logistic and financial support for the mission, as questions remain on how security will be assured along major transport routes and at the airport, which is the main gateway to the capital, Kabul.

Ties between Turkey and its NATO allies have been strained over a host of issues, ranging from Ankara's purchase of Russian defenses to policy differences in Syria, Libya and the Eastern Mediterranean.

The mission could be a potential area of cooperation between Ankara and its allies amid strained ties, as the security of the airport is crucial for the operation of diplomatic missions out of Afghanistan after the withdrawal. Ankara has said it cannot carry out the mission without support.

Erdoğan said after the meeting that Turkey was looking for “diplomatic, logistic and financial assistance” from the United States to protect and operate the airport. Turkey also wanted Pakistan and Hungary to be involved in the mission, he said.