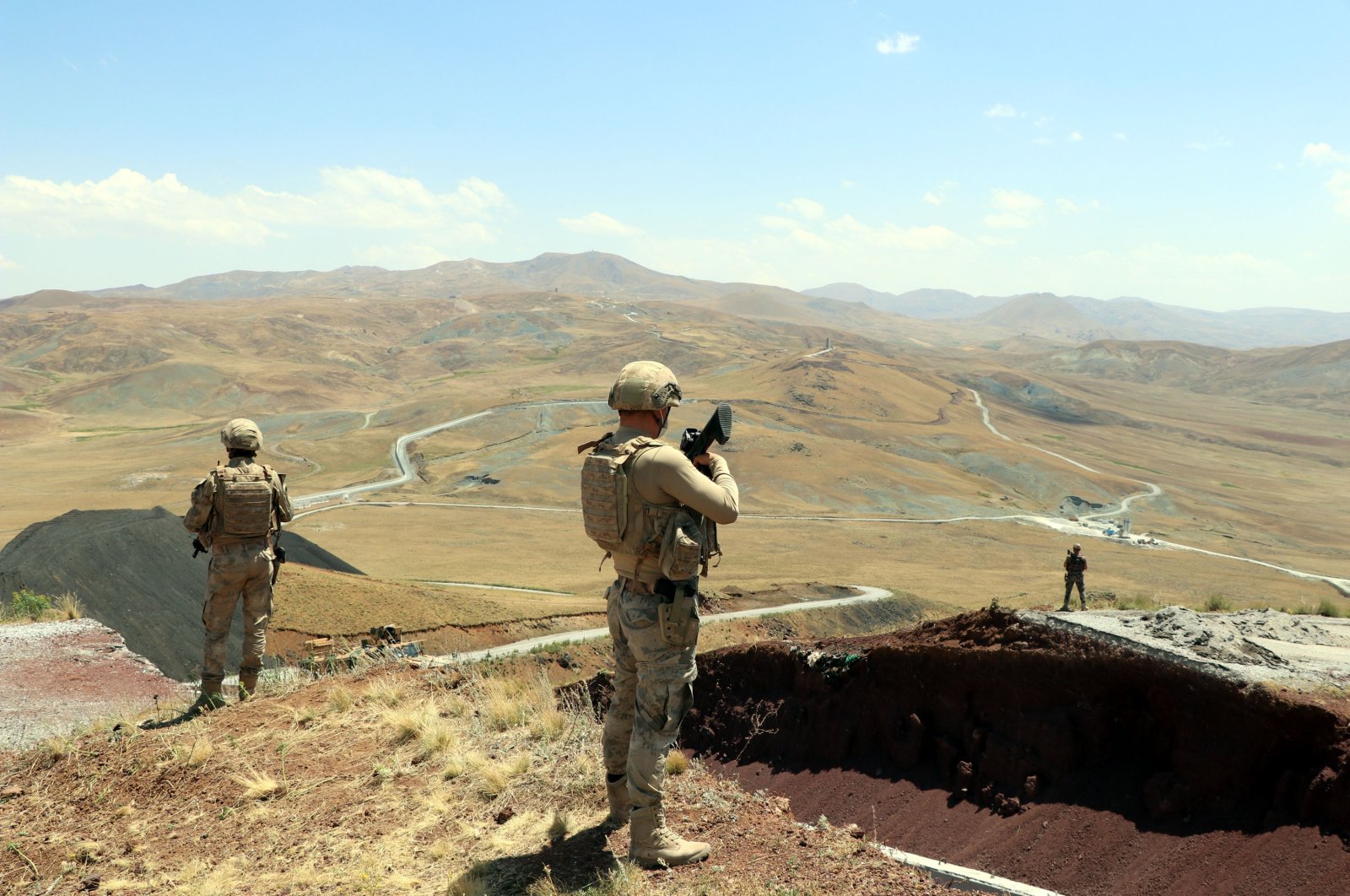 253,299 people that were trying to enter Turkey through illegal means have been stopped at the border since the beginning of the year thanks to measures, Interior Minister Süleyman Soylu stated on Wednesday.

Indicating that Turkey has been successful in managing migration rooted from civil wars and poverty in Syria and the Middle East, Soylu said on social media that Turkey also has a scenario for measures to be taken after the NATO withdrawal from Afghanistan.

Soylu stated that a security wall has been erected on the most critical 152 kilometer (94.4 mile) stretch of the border with Iran in terms of migration, smuggling and terrorism while efforts for a further 85 kilometers of wall were ongoing. Additionally, a lighting system was installed on 109 kilometers of the wall and cameras as well as sensors were installed throughout 79 kilometers so that irregular migration can be observed continuedly.

“While thermal cameras are preventing night crossings, our borders are regularly controlled through the use of drones,” Soylu said, highlighting that 90% of electro-optic towers and communication towers that play a key role in integrated border management have been completed.

“Thanks to these measures, 505,375 people were hindered from entering our country through illegal ways in our southern and eastern borders in 2020.”

Concerns have risen over a possible spike in migrants from Afghanistan before the United States pullout and amid intense fighting between the Taliban and Afghan government forces.

Video footage has shown large groups of migrants in the border area, although the Turkish government says there has been no surge yet in numbers.