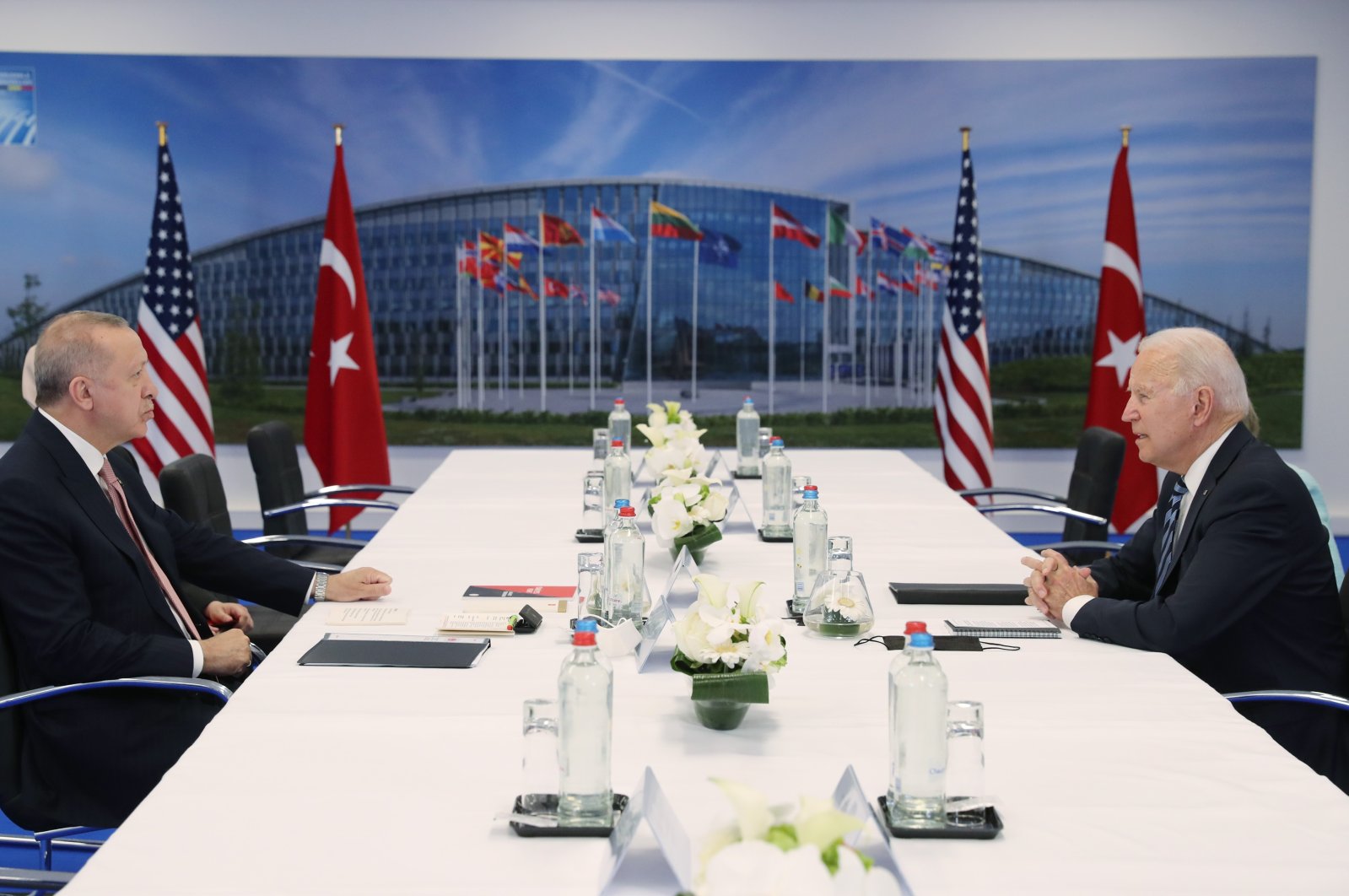 The book on Turkey's counterterrorism efforts is seen on the table as President Recep Tayyip Erdoğan holds a meeting with U.S. President Joe Biden on the sidelines of the NATO summit in Brussels, Belgium, June 14, 2021. (IHA Photo)
by Anadolu Agency Jun 15, 2021 2:06 pm
RECOMMENDED

The book, prepared in English by Turkey's Communications Directorate, comprises three chapters, one for each terrorist organization.

It stresses that Ankara expects its allies to respect its sovereignty rights as well as its sensitivity for security. It also urges them to concretely stand with Turkey in its fight against terrorism.

The book, through documents of international reports, also highlights some Western countries' support for the YPG/PKK under the pretext of fighting Daesh terrorists.

In its more than 40-year terror campaign against Turkey, the PKK – listed as a terrorist organization by Turkey, the U.S. and the European Union – has been responsible for the deaths of nearly 40,000 people, including women, children and infants. The YPG is its Syrian offshoot.