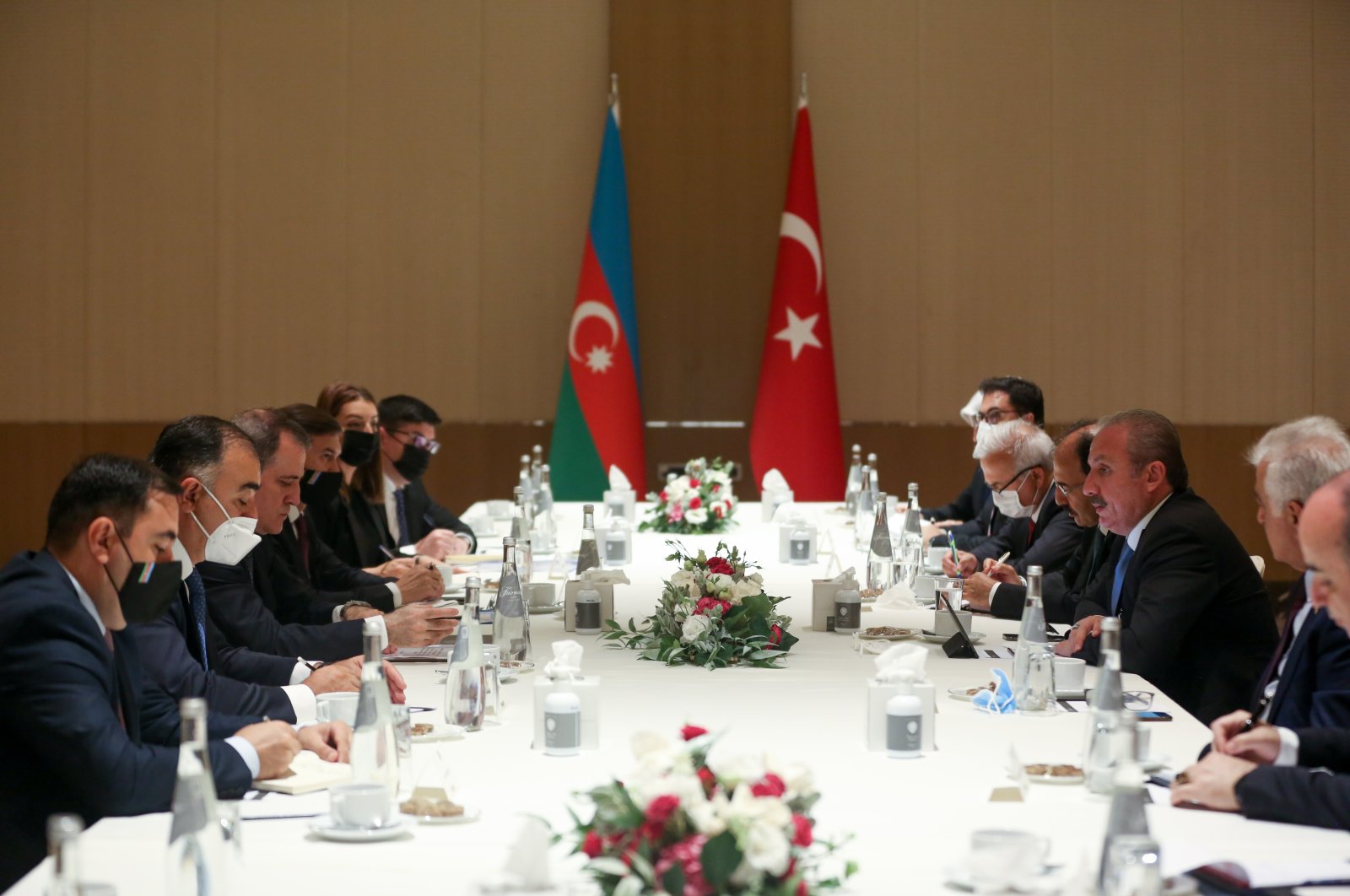 Following the meeting, Şentop got together with Turkish businesspeople and nongovernmental organization (NGO) representatives.

The Turkish and Azerbaijani association is shaped under the saying of the late Heydar Aliyev, “one nation and two states” but it’s not just a saying or a ballad lyric, "it is reality," said Şentop and added that the most solid example of this association could be seen through the support provided by Turkey to Azerbaijan during the Nagorno-Karabakh War.

The reality displayed through the Turkish-Azerbaijani relationship is of importance for the Central Asian Turkic republics as well, Şentop added.

As of April 1, travel between Azerbaijan and Turkey using only national ID cards is permitted, and talks continue regarding easing free trade among the two countries, Şentop noted and added that the reconstruction of Karabakh is important for Turkey as well.

Explaining that Turkey wants to be more involved in Azerbaijan and that they shared this with the Azerbaijani leadership, Şentop stated that the importance of economic and commercial relations has increased. Furthermore, Şentop said that investments and economic activities are important in the Caspian basin.

Turkey cares deeply about the realization of the Zangezur corridor that will connect Nakhchivan to Azerbaijan, which is followed closely by the Azerbaijani administration as well, he said.

This corridor allows Turkey to be connected with Azerbaijan and the rest of the Central Asian Turkic Republics via a land route, said Şentop.