Turkey’s priority in Syria is the protection of civilians: UN envoy 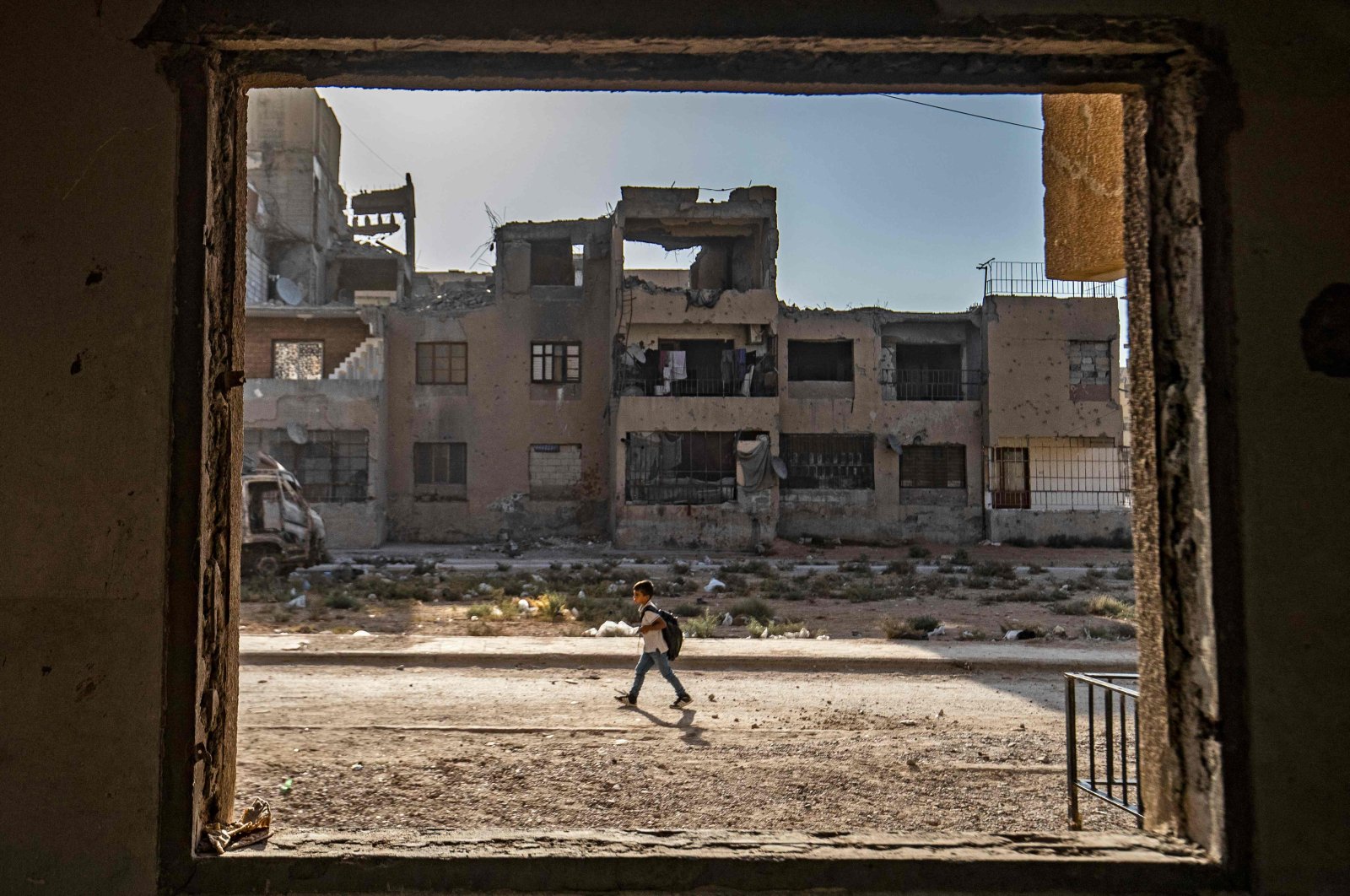 Turkey's priority in Syria has always been the protection of civilians through security and humanitarian aid, Ankara’s permanent United Nations representative to the Geneva office, Sadık Arslan, said Thursday.

Speaking regarding a 46-page report prepared by the U.N. Independent International Commission of Inquiry on the Syrian Arab Republic on the humanitarian situation in Syria between July 1, 2020, and July 30, 2021, Arslan highlighted that around 9 million Syrians receive direct or indirect aid provided by Turkey.

He reiterated that the Bashar Assad regime has been responsible for the hunger, disruption in basic services and prevention of humanitarian aid for 10 years, as has been seen most recently in southern Daraa province.

Syrian regime troops recently entered Daraa al-Balad, the birthplace of the uprising against Assad's rule, for the first time since it lost control over the area a decade ago.

Army units set up at least nine checkpoints across the city under a Russian-brokered deal between the army and the opposition that was finally agreed on this week. Previous agreements had faltered over disagreements over the extent of army control in the area and disarming the opposition.

The regime said state authority was finally established to restore order and security in an area where the first peaceful protests against the Assad family rule broke out in 2011 before security forces brutally cracked down on protests and the unrest developed into civil war.

Speaking on the issue recently, President Recep Tayyip Erdoğan said that the international community cannot let the Syrian crisis drag on for another 10 years. In his address to the 76th U.N. General Assembly Tuesday, Erdoğan said the humanitarian drama in Syria has unfolded over the course of an entire decade before the eyes of the world.

For years Turkey has worked to alleviate and solve the Syria crisis across multiple platforms, including the Astana process and talks with Russia, the Assad regime's main benefactor.

Erdoğan said Turkey has not only taken in nearly 4 million Syrians – more than any country in the world – but also sent its troops into battle against terrorist groups, groups he said, "have drowned the region in blood and tears."

Since 2016, Turkey has launched four successful counterterrorism operations across its border into northern Syria to prevent the formation of a terror corridor and to enable the peaceful resettlement of residents. Those operations were Euphrates Shield in 2016, Olive Branch in 2018, Peace Spring in 2019 and Peace Shield in 2020.

On the other side, Arslan criticized that the report did not touch upon the human rights violations of the PKK terrorist group’s Syrian wing, the YPG, which controls large swathes of the country’s northeast with the support of the United States.

“We have to be cautious regarding the separatist agenda in Syria and the violations conducted by terror groups,” Aslan said.

Locals in YPG-controlled areas have long suffered from its atrocities. The terrorist organization has a lengthy record of human rights abuses, ranging from kidnappings, recruiting child soldiers, torture, ethnic cleansing and being responsible for forced displacement in Syria.

The U.S. primarily partnered with YPG terrorists in northeastern Syria in its fight against the Daesh terrorist group. On the other hand, Turkey strongly opposed the YPG's presence in northern Syria. Ankara has long objected to the U.S.' support for the YPG, a group that poses a threat to Turkey and that terrorizes local people, destroying their homes and forcing them to flee.