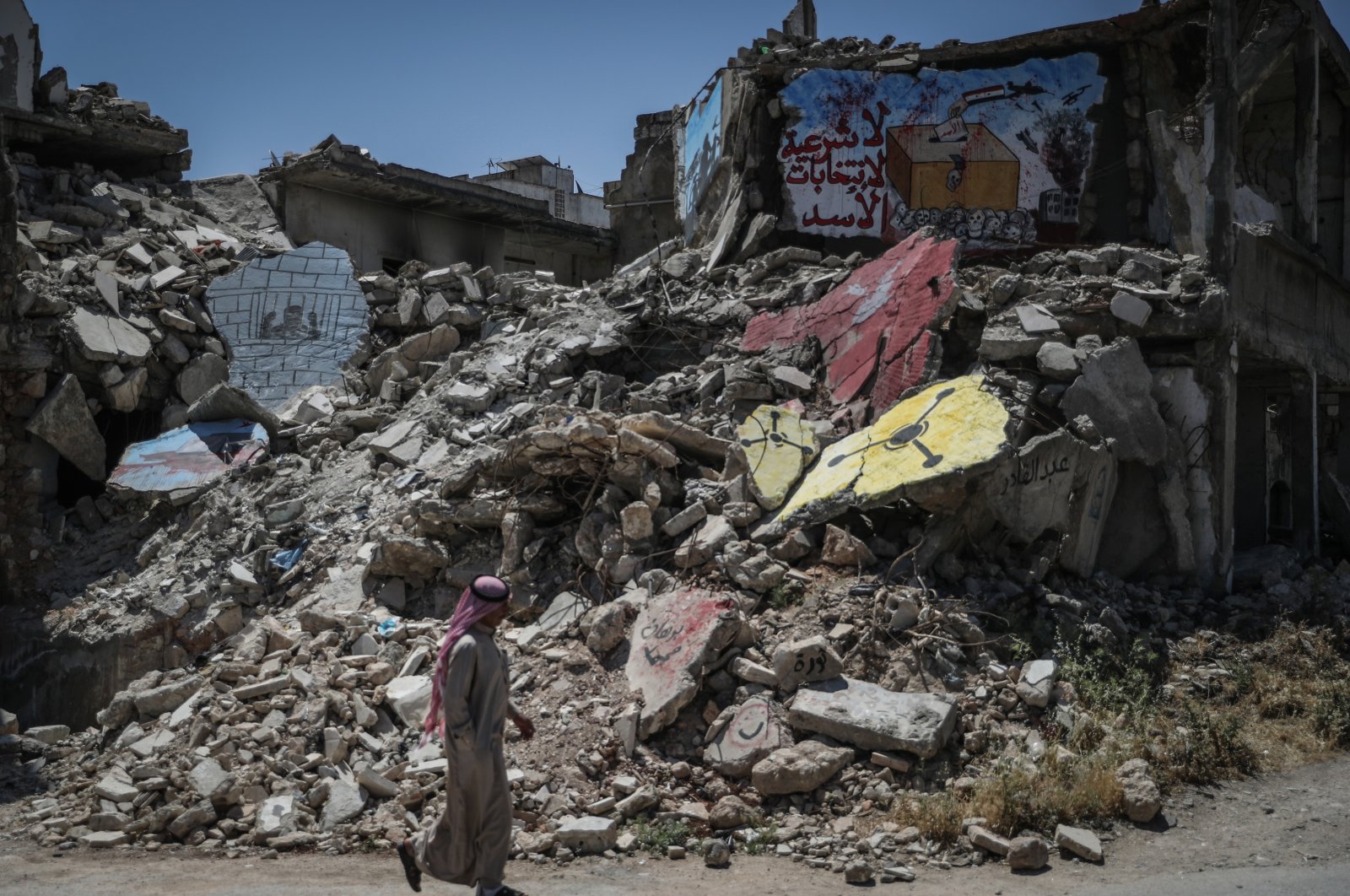 The YPG terrorist organization continues to violate humanitarian law and attack civilians, a report states, also touching on the recently increasing attacks by the Syrian regime and its ally Russia on opposition-controlled areas

Instances of "indiscriminate and disproportionate bombardment" by the PKK terrorist organization’s Syrian wing, the YPG, are a clear violation of international humanitarian law and amount to war crimes, the Syrian Network for Human Rights (SNHR) stated Monday.

In a 34-page report on human rights violations in Syria in the first half of 2021, the SNHR underlined the violations that the YPG has been committing against civilians, calling on the International Criminal Court (ICC) to hold accountable those responsible and involved in war crimes.

The SNHR said that states supporting the YPG “should apply pressure on these forces in order to compel them to cease all of their violations in all the areas and towns under their control.”

It added that the YPG “must immediately stop conscripting children, hold the officers involved in such violations accountable and pledge to return all children who have been arrested for conscription immediately.”

Locals in YPG-controlled areas have long suffered from its atrocities. The terrorist organization has a lengthy record of human rights abuses, ranging from kidnappings, recruiting child soldiers, torture, ethnic cleansing and being responsible for forced displacement in Syria.

A recent United Nations report stated in May that the YPG has been recruiting children to fight among its ranks, adding that the organization has enlisted at least 400 children in the past two years.

The report also drew attention to the increasing demonstrations in Manbij and surroundings against the YPG’s practices and their imposition of forced conscription, arrests and high prices.

The SNHR documented 53 attacks on vital civilian facilities, five of which were medical facilities, in the first six months of the year as the decadelong war rages on in Syria.

“The report documents at least 53 attacks on vital civilian facilities in the first half of 2021, 26 of which were carried out at the hands of Syrian-Russian alliance forces. Among these attacks, five were on educational facilities, five were on medical facilities and four others were on places of worship.”

A total of 723 civilians –145 of them children and 79 women – died in the first half of 2021, according to the SNHR, including among them four medical personnel, two civil defense personnel and 59 individuals dying after being tortured.

Furthermore, the report documented at least 972 cases of arbitrary arrest or detention in the first half of 2021 at the hands of the parties to the conflict and the controlling forces in Syria, including 45 children and 42 women, “with the largest percentage of these carried out by Syrian regime forces in the governorates of Deir Ez-Zour, Aleppo and Hasakah.”

It also documented a cluster munition attack carried out by Russian forces targeting the northwestern Idlib province, which resulted in the death of a civil defense worker. The SNHR called on the U.N. Security Council (UNSC) to adopt a resolution banning the use of cluster munitions and land mines in Syria.

“June saw an increase unprecedented in the past several months in the pace of military operations in northwest Syria, especially in ground bombardment by Syrian-Russian alliance forces on the region, targeting areas far from the contact lines such as Ariha in the Idlib suburbs and elsewhere in the vicinity of Idlib.”

Most recently, artillery fire from Bashar Assad regime-controlled territory and airstrikes last week on civilians killed eight, six of whom were children, in renewed attacks that the United Nations called “the worst since the cease-fire brokered in March last year.”

SNHR also documented “the use of several munitions, most notably those guided by the Russian-made Krasnopol laser system, which is characterized by its precise targeting. Russian reconnaissance aircraft were also frequently seen in the airspace over the region throughout the month.”

It also pointed out continuing clashes between regime forces and the YPG in the northern suburbs of Raqqa, where the terrorist organization has a significant presence.

YPG forces control a large part of the northeast of the war-torn country, but regime forces are also present there, including in the main regional cities of Hassakeh and Qamishli. Damascus and the YPG have mostly coexisted during nearly a decade of conflict, yet recently, tensions have risen.

“Evidence gathered by SNHR indicates that attacks have been directed against civilians and civilian objects, with Syrian-Russian alliance forces continuing to commit various crimes of extrajudicial killings, arrest, torture and enforced disappearance,” it said.

“In addition, the indiscriminate attacks they have carried out caused the destruction of various facilities and other buildings. There are reasonable grounds to believe that the war crime of attacking civilians has been committed in many cases.”