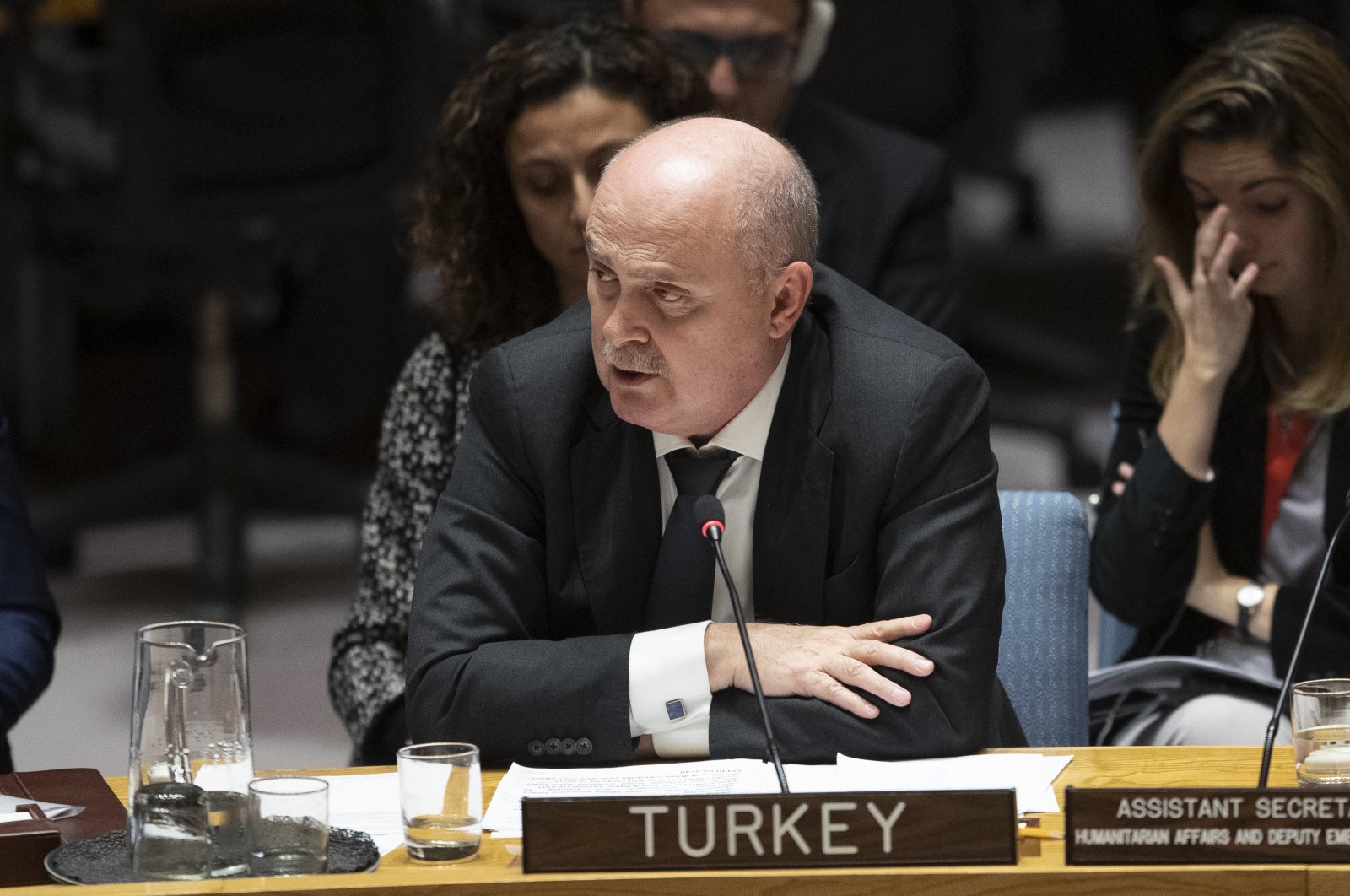 Turkey’s envoy to the United Nations urged Wednesday to keep Cilvegözü Gate – the only border crossing used for aid deliveries – open for another 12 months, as Russia said it intends to close it.

Highlighting that the closure would affect over 4 million people, Feridun Sinirlioğlu said the border crossing was vital for U.N. food assistance, critical medical supplies and other types of humanitarian assistance in the opposition-held Idlib province in the northwest.

“The world is watching us. I call on the U.N. Security Council member-states to do what’s right and keep this indispensable mechanism open for at least another 12 months,” Sinirlioğlu said.

Sinirlioğlu called on all U.N. officials to heed his calls, as the failure to extend the U.N. humanitarian assistance mechanism would inflict serious damage.

“Today, millions of innocent civilians are still facing mass punishment in northwest Syria,” Sinirlioğlu told a U.N. session, as he noted that the Assad regime and its supporters continue to commit war crimes in the area.

He highlighted that the humanitarian aid given by the U.N. is the only hope for the people suffering in the region.

The Turkish envoy also noted that the YPG/PKK terrorists and the Assad regime systematically continue to commit rights violations against civilians in the country and that the U.N.’s decision to halt the mechanism on Syria would further amplify the crimes committed by them.

The mechanism’s halt would also mean that Syrians cannot receive COVID-19 vaccines, Sinirlioğlu said, adding that the U.N. would also lose its prerogative to provide financial assistance to nongovernmental organizations (NGOs) in the country.

Sinirlioğlu also told the U.N. session that the lack of the cross-border mechanism would undermine any hopes for a political solution. He said that no single state or organization has the capacity to undertake such a complicated system to carry out aid deliveries in the country.

The current mandate will expire on July 10.

NGOs in Syria have objected to Russia's plans, saying that the border gate provides crucial supplies for civilians.

In January 2020, Russia scored a victory for its close ally Bashar Assad, using its veto threat to force the U.N. Security Council to adopt a resolution reducing the number of border crossing points for aid deliveries from four to two – from Turkey to northwest Syria. It also cut in half the yearlong mandate that had been in place since cross-border deliveries began in 2014 to six months.

Idlib falls within a de-escalation zone forged under an agreement between Turkey and Russia. The province has long been under siege by the Assad regime's forces and its allies, and previous cease-fires in the region have been plagued by violations. Idlib's population had gradually increased as many people who fled their homes due to the Assad regime's attacks live in overcrowded tent camps or in open spaces in the province.

The displacement of civilians has intensified since mid-December, however, when the Russian-backed Assad regime started a new assault to seize the last opposition bastion. It is estimated that over 1 million Syrians have moved near the Turkish border due to intense attacks over the last year, while half of these Syrians were displaced after November 2019.