Russia will likely oppose renewal of cross-border aid to Syria 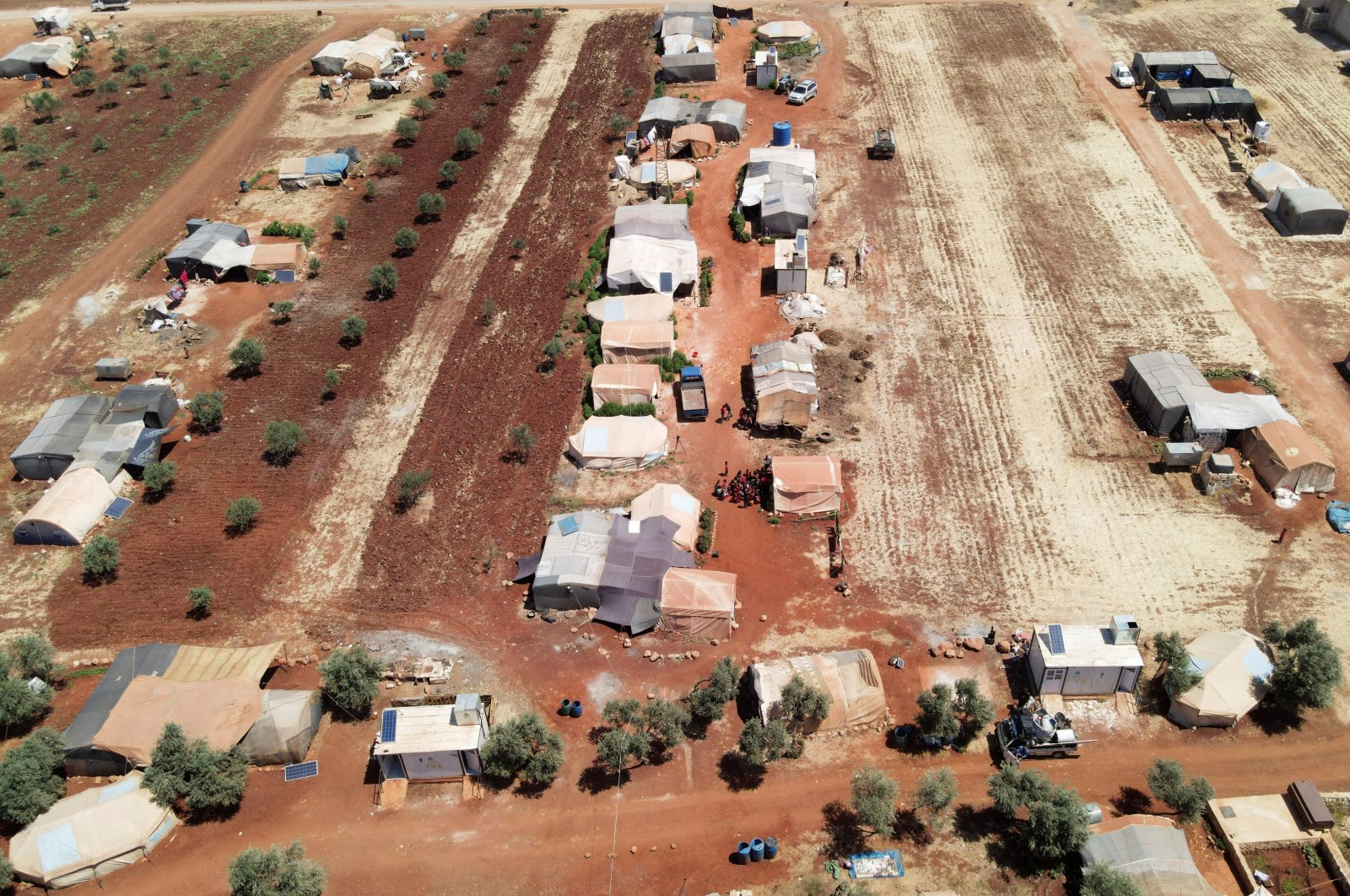 Russia will likely veto the renewal of a United Nations-led cross-border aid delivery program to northwestern Syria's last opposition stronghold, Idlib province. The country's foreign minister said that Moscow disagrees that there is no alternative to deliver humanitarian aid to the region except through Turkey as the U.N. and many Western nations maintain, suggesting deliveries are possible across conflict lines within the country. He hinted that Russia will block the U.N. renewal of the one remaining border crossing whose mandate expires July 10.

Sergey Lavrov said that since April 2020, Russia has seen continuous attempts to block joint humanitarian convoys by the U.N., the International Committee of the Red Cross and the Syrian Arab Red Crescent to northwest Idlib from Syria’s capital Damascus by Hayat Tahrir al-Sham, the strongest militant group there.

“It obstructs sustainable deliveries from inside the country,” Lavrov said in a recent oral statement conveyed to U.N. Secretary-General Antonio Guterres and obtained Tuesday by The Associated Press (AP).

“Unfortunately, the information on the Turkish side’s positive steps does not enjoy real-life proof," he said.

In January 2020, Russia scored a victory for its close ally Bashar Assad, using its veto threat to force the U.N. Security Council to adopt a resolution reducing the number of border crossing points for aid deliveries from four to two – from Turkey to northwest Syria. It also cut in half the yearlong mandate that had been in place since cross-border deliveries began in 2014 to six months.

Last July, Russia scored another victory for the Syrian regime by forcing the Security Council to limit humanitarian aid deliveries to just one crossing point, from Turkey to northwest Idlib at Bab al-Hawa.

Many countries including the United States argued for the restoration of the Al-Yaroubiya crossing point from Iraq in the northeast that was closed in January 2020. It had been a primary delivery point for health and medical supplies, especially needed during the COVID-19 pandemic. But Russia argued that aid should be delivered from within Syria across conflict lines, and threatened to veto more than one crossing point.

With the mandate for the Bab al-Hawa crossing nearing an end, Guterres and many countries have been speaking out and stressing the critical importance of keeping it open.

The Security Council is scheduled to discuss the humanitarian situation in Syria, including cross-border aid deliveries, on Wednesday.

Lavrov accused Western donors, who are the major providers of humanitarian aid to Syria, of “blackmail” by threatening to cut humanitarian financing for Syria if the mandate for Bab al-Hawa is not extended.

“We consider it is important to resist such approaches,” he said.

“We believe that further concessions to the Americans and Europeans under the pressure of financial threats will undermine the credibility of the United Nations, its Charter and the Security Council’s resolutions, which stipulate to respect the sovereignty and territorial integrity of Syria, non-interference into (a) country’s internal affairs and compliance with international humanitarian law,” he said.

In early June, U.S. Ambassador Linda Thomas-Greenfield went to the Bab al-Hawa crossing in Turkey and stressed that there is “no viable alternative” to deliver aid and meet the vast needs of vulnerable people in northern Syria. She also said there is an urgent need for additional crossings.

He said representatives of the U.N. World Food Programme (WFP), which supplies 80% of cross-border deliveries, “already agreed with Damascus and (are) seeking the agreement by Ankara to fill WFP’s warehouse in the town of Sarmada in the (Idlib) de-escalation zone via cross-line delivery.”

Lavrov said the U.N. World Health Organization (WHO) “is inclined towards the similar option” for delivering medical supplies including COVID-19 vaccines.

He said the WFP and the WHO have a “well-organized cooperation with the Syrian authorities" who provide “timely authorization for their humanitarian missions.”

Lavrov also cited improvements in deliveries to the northeast after the closure of Al-Yaroubiya, saying coverage there has increased 35-45% and could increase to 60% if funds are available.

“The situation where Turkey in reality fully controls the provision of humanitarian assistance to Syria is also unacceptable,” he said.

Last week, the U.N. agencies called for the renewal of U.N. Security Council authorization for cross-border aid operations from Turkey to northwest Syria, saying: "Millions of people are pressed up against the border in an active war zone in northwest Syria and remain in need of humanitarian aid to survive. The U.N. needs cross-border and cross-line access to reach those most in need."

If Russia vetoes the reauthorization of the remaining aid corridor from Turkey to northwest Syria it will “unleash a humanitarian calamity, the Human Rights Watch (HRW) also stated recently, urging the body to open full cross-border operations and further border gates as the current resolution set to expire on July 10.