Turkic Council leaders to meet in Istanbul on Nov. 12 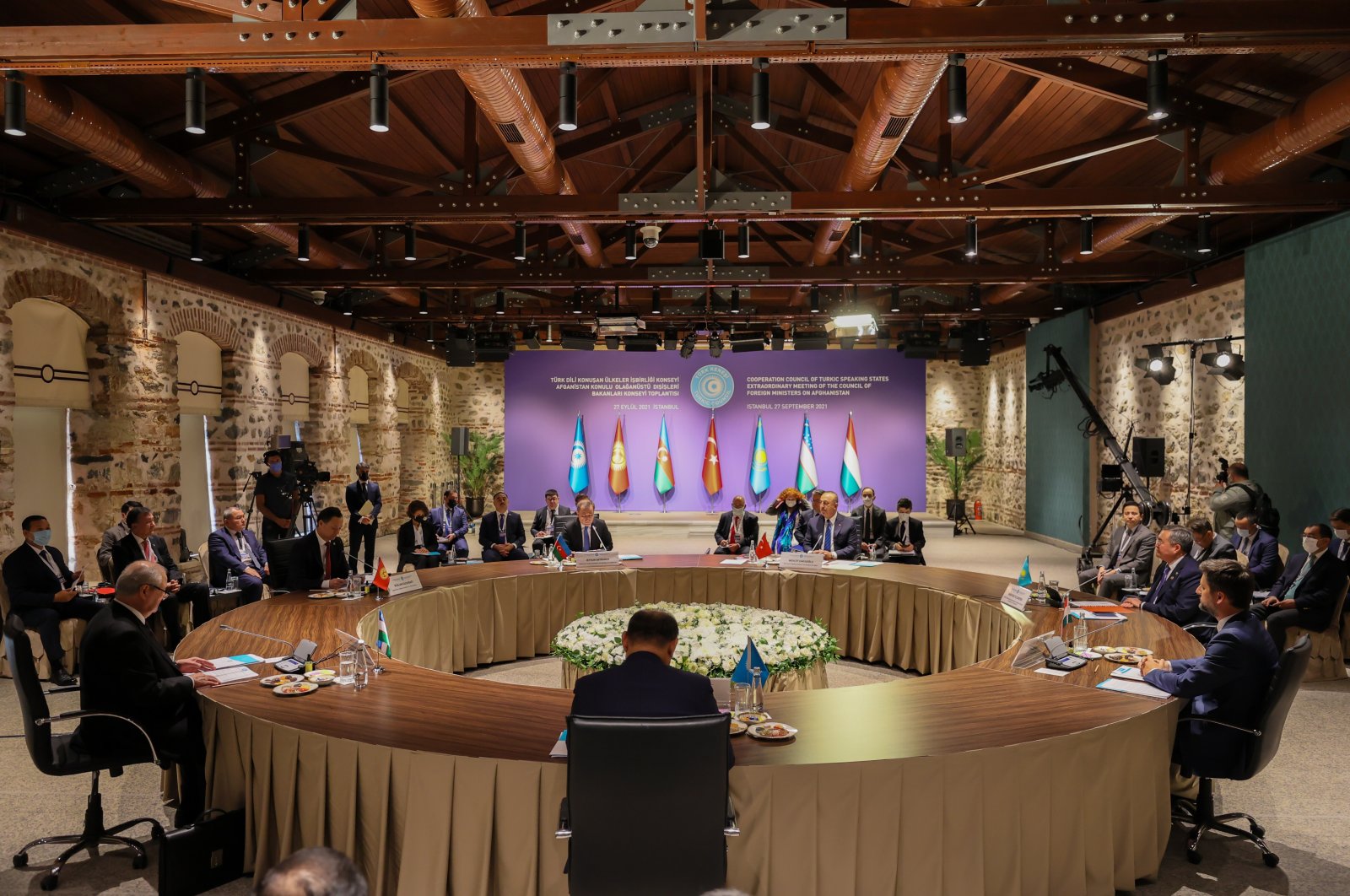 Turkey's Foreign Minister Mevlüt Çavuşoğlu on Monday announced that the heads of state and government of the Turkic Council member nations will meet in Istanbul on Nov.12.

Historical steps will be taken for the council at this summit, Çavuşoğlu said during a joint news conference he addressed with his Azerbaijani counterpart Jeyhun Bayramov in Istanbul following the Extraordinary Meeting of Foreign Ministers of the Turkic Council on Afghanistan.

On Afghanistan, where the Taliban seized control in August, the Turkish top diplomat said that like the entire international community, the Turkic Council has certain expectations and concerns about the war-weary country.

"For this, the establishment of an inclusive government in the country and the functioning of the state mechanism are important," he added.

Çavuşoğlu said that the foreign ministers of the Turkic Council also discussed the ways to help Afghanistan's neighbors that are bearing the brunt of irregular immigration.

"We decided to exhibit solidarity with them. We also discussed what we could do in terms of counter-terrorism, and we are going to be announcing our joint declaration shortly," he stated.

Çavuşoğlu also said that Sept. 27 is a significant date for the Turkic world as it marks the 30th anniversary of Turkmenistan's independence and the start of the latest conflict between Armenia and Azerbaijan, which led to the liberation of Karabakh from occupation.

He congratulated Turkmenistan on the anniversary of its independence and said the country will attend the leaders summit scheduled for Nov. 12.

"Also, today is a day to commemorate the martyrs of Azerbaijan. Karabakh is no longer going to be remembered with instability in the region, but peace and development," said Çavuşoğlu, adding that normalization and regional cooperation should be the focus.

"Our president (Recep Tayyip Erdoğan) and (Azerbaijani) President Ilham Aliyev have expressed their commitment to peace and stability in the region," the Turkish foreign minister added.

Bayramov, for his part, said Sept. 27 is a "special day" in Azerbaijan's history of independence as the country exactly one year ago responded to the military provocations of Armenia.

"The Azerbaijani Armed Forces upon the order of the Supreme Commander-in-Chief (President Aliyev) launched a counter-attack and ended the occupation that had lasted for nearly 30 years," he said.

Since the first day of the Patriotic War, Turkey provided its "utmost support" to Azerbaijan and its people at the national level, especially at the level of president, parliament, political parties, ministries and NGOs, he said.

"This political and moral support was very important to us," Bayramov said, adding that this support boosted Azerbaijan's power, and turned into a "symbol of unity and brotherhood" of the two countries.

He underlined that marking Azerbaijan's Sept. 27 Remembrance Day together with "brothers and sisters" in Turkey has a "symbolic meaning."

Speaking about the meeting on Afghanistan, Bayramov said the ministers representing the Turkic speaking countries put forward their views on the issue, adding that the discussions were "very productive."

"We will further continue our tireless efforts for the sake of the Afghan nation," he pledged.

Bayramov said they also had a chance with Çavuşoğlu to discuss the latest regional developments, bilateral relations and multiple projects between the two countries.