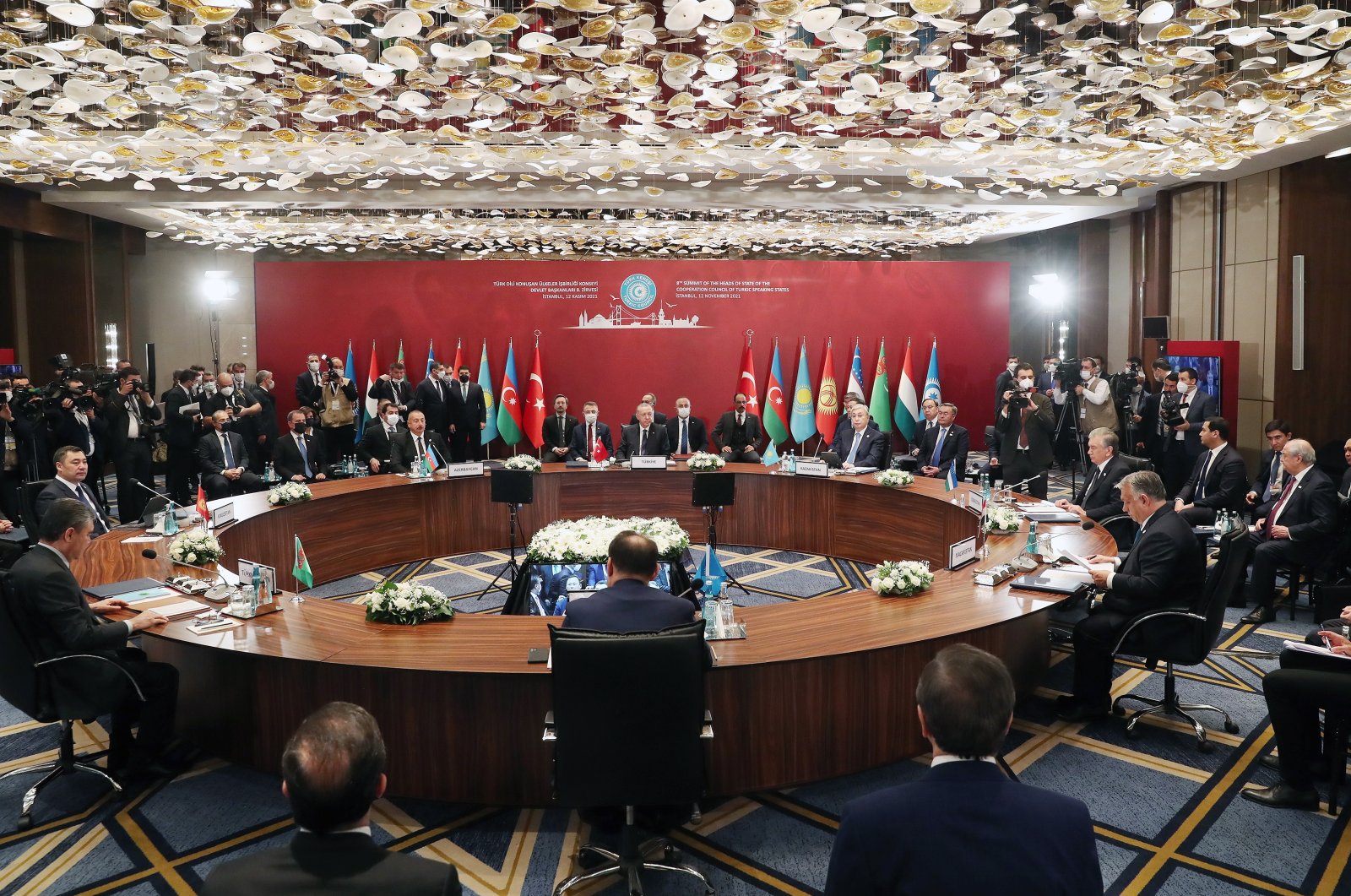 The Organization of Turkic States is ready to establish partnerships with all countries, the secretary-general of the intergovernmental association said Friday, describing its Istanbul summit held last month as a "historical event.”

Speaking in an exclusive interview with Anadolu Agency (AA), Baghdad Amreyev said the eighth summit of leaders of the Organization of Turkic States attracted the attention of Turkic states and all countries that interact with the Turkic world in one way or another.

"We continue to receive feedback not only from the states of our region but also from countries such as the United States, China, India and the Arab countries, which demonstrates the international significance of this event,” Amreyev said.

Amreyev noted that the international community followed the forum closely and the reaction was "lively but not hostile.”

The historic nature of the summit was also reflected in the decisions made including changing of the body's name to the Organization of Turkic States, the establishing of the first financial institution within the Turkic world, the Turkic Investment Fund, and the adoption of the final Istanbul Declaration and a "Vision Document” for the next two decades, he said.

Amreyev highlighted that the renaming has given the organization a new and special status, besides increasing its authority and role in the international arena.

"Many political analysts saw the renaming of the Organization of Turkic States as a ‘new geopolitical reality’ in the Eurasian space,” he said.

The name of the Cooperation Council of Turkic Speaking States (Turkic Council) has been changed to the Organization of Turkic States, according to a joint declaration of the council's eighth summit.

The declaration was issued following a summit held on Nov. 12 on Democracy and Freedom Island in the Marmara Sea under the theme "Green Technologies and Smart Cities in the Digital Age.”

Amreyev also welcomed Turkmenistan's accession to the group as an observer country.

"All sovereign and independent Turkic states in the world – Azerbaijan, Kazakhstan, Kyrgyzstan, Turkey, Turkmenistan, Uzbekistan and Hungary, which also considers itself part of the Turkic world – are united under the common flag of the Organization of Turkic States,” he said.

Underlining that member states to the organization are "fraternal nations,” Amreyev said they are united not only by a common ethnic identity, language and culture as well as spiritual values and traditions, but also by history, geography, economy and information space.

"Therefore, the creation of a universal platform expressing the common interests of the Turkic states is a very logical step,” Amreyev noted.

He also stressed the importance of uniting Turkic countries in the wake of contemporary challenges like global climate warming, pandemics, terrorism and extremism to maintain peace and stability across the world.

Amreyev also underlined that the creation of a common Turkic space for information is one of the key conditions for the development of the body.

He highlighted that during the third meeting of Turkic Council ministers and high officials in charge of information and media held in Baku in April this year, the parties approved an action plan for 2021-2022 and on the establishment of a Media Coordination Committee.

"The establishment of a single ‘International Turkic News Channel’ and strengthening of cooperation between news agencies and national TV channels are also under active consideration,” according to Amreyev.

The Turkic Council was established in October 2009 after Turkey, Azerbaijan, Kazakhstan and Kyrgyzstan signed the Nakhchivan Agreement. Uzbekistan finalized its accession to the organization during the seventh summit of the Turkic Council on Oct. 15, 2019, in Baku. Hungary and Turkmenistan are observer states. The council aims to promote comprehensive cooperation among Turkic-speaking states. Since 2011, Turkic states have convened under certain themes, where the heads of state evaluate the past period and set goals for the next year.

Underlining that the organization was established 12 years ago, Amreyev said that during this period, there have encountered no problems with the outside world and have received no complaints about its activities.

On the contrary, there is a great interest in the organization as 15 states, from Europe to Asia and even Latin America, have expressed their intention to become observers, he said.

"All this shows that we are on the right track, we have earned a good international reputation and we have been able to build constructive relations with the outside world,” Amreyev stressed.

He explained that only countries that list a Turkic language constitutionally as an official language of its entire territory can obtain observer status in the organization, however, the conditions are more flexible for partner status.

"The Organization of Turkic States is ready to establish partnership relations with all countries of the world in the presence of common interests and is open to constructive dialogue and mutually beneficial relations with all those who are ready to cooperate with us,” Amreyev noted.