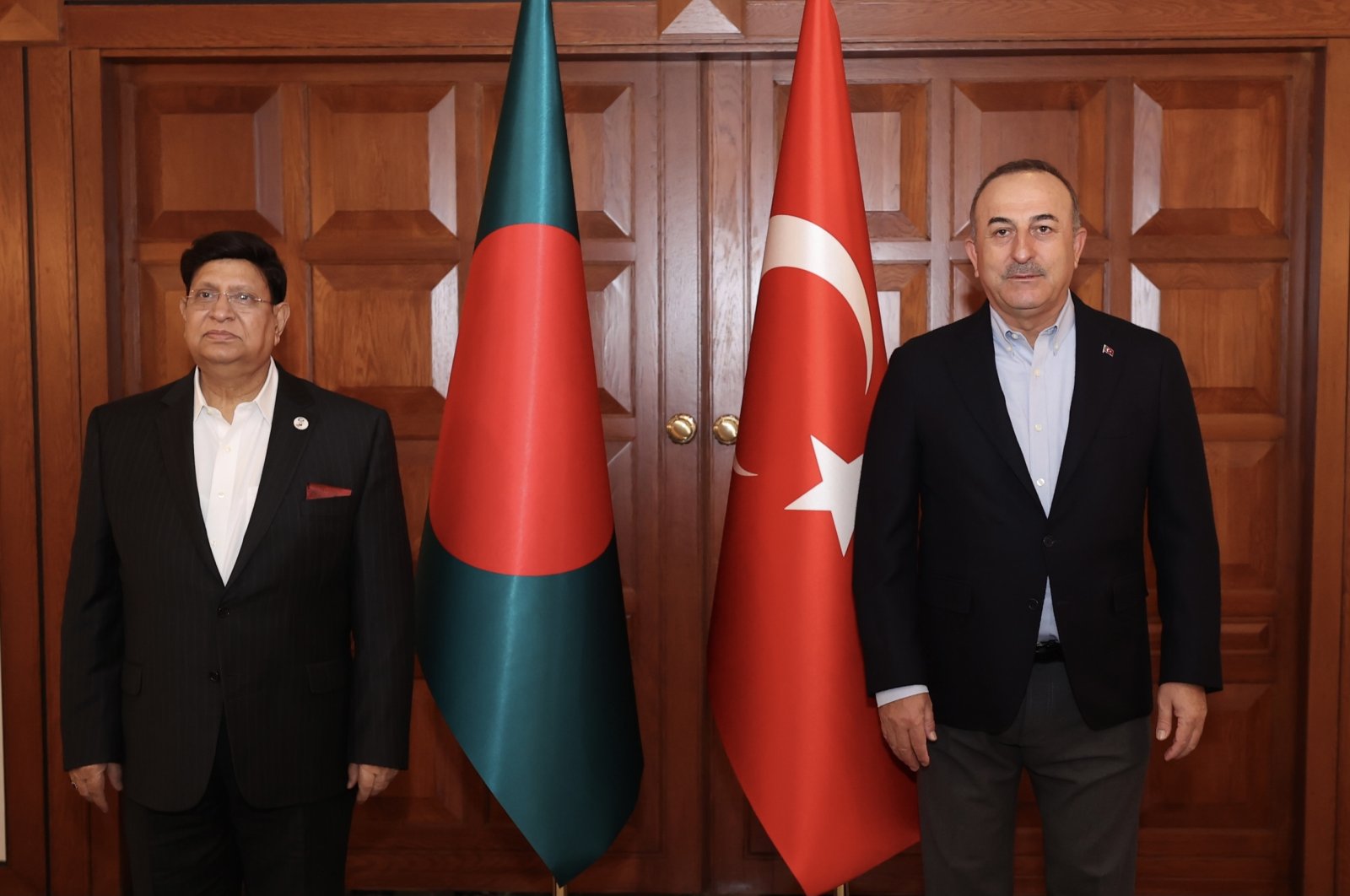 "Hosted FM Abdul Momen of Bangladesh who will inaugurate the bust of Bangladesh's founding President Bangabandhu Sheikh Mujibur Rahman and the park named after him tomorrow in Ankara," Çavuşoğlu said on Twitter.

Bangladesh marked its 50th year of independence on March 26.

Though the two modern nation-states established formal diplomatic relations in 1974, the extensive relations between Turkey and the people of Bengal have existed since the medieval era, through the latter's Sultanate, Mughal and British periods, to modern times. Apart from the Mughal-Ottoman relations, Bengali Muslims supported Turkey in its War of Independence in the early 20th century. The interactions and cultural exchanges throughout history have resulted in substantial influence on different aspects of cooperation.

In 2019, Ankara launched its "Asia Anew" initiative, which seeks to boost the country’s cooperation with Asian countries. The initiative covers diverse areas, including trade, culture, defense and investment. In that initiative, Bangladesh can be a key focus due to its booming economy and strategic importance. Çavuşoğlu, for instance, noted, "Bangladesh is one of Turkey's key partners in the 'Asia Anew' initiative, with its vibrant economy and young population."

The last decade opened a new dimension for growing partnership between Turkey and Bangladesh after then-Prime Minister Recep Tayyip Erdoğan visited Dhaka in 2010 and Bangladesh Prime Minister Sheikh Hasina visited Turkey in 2011. Those visits served the formation of the Turkey-Bangladesh Business Council and the development of a broad agenda for diversifying cooperation.