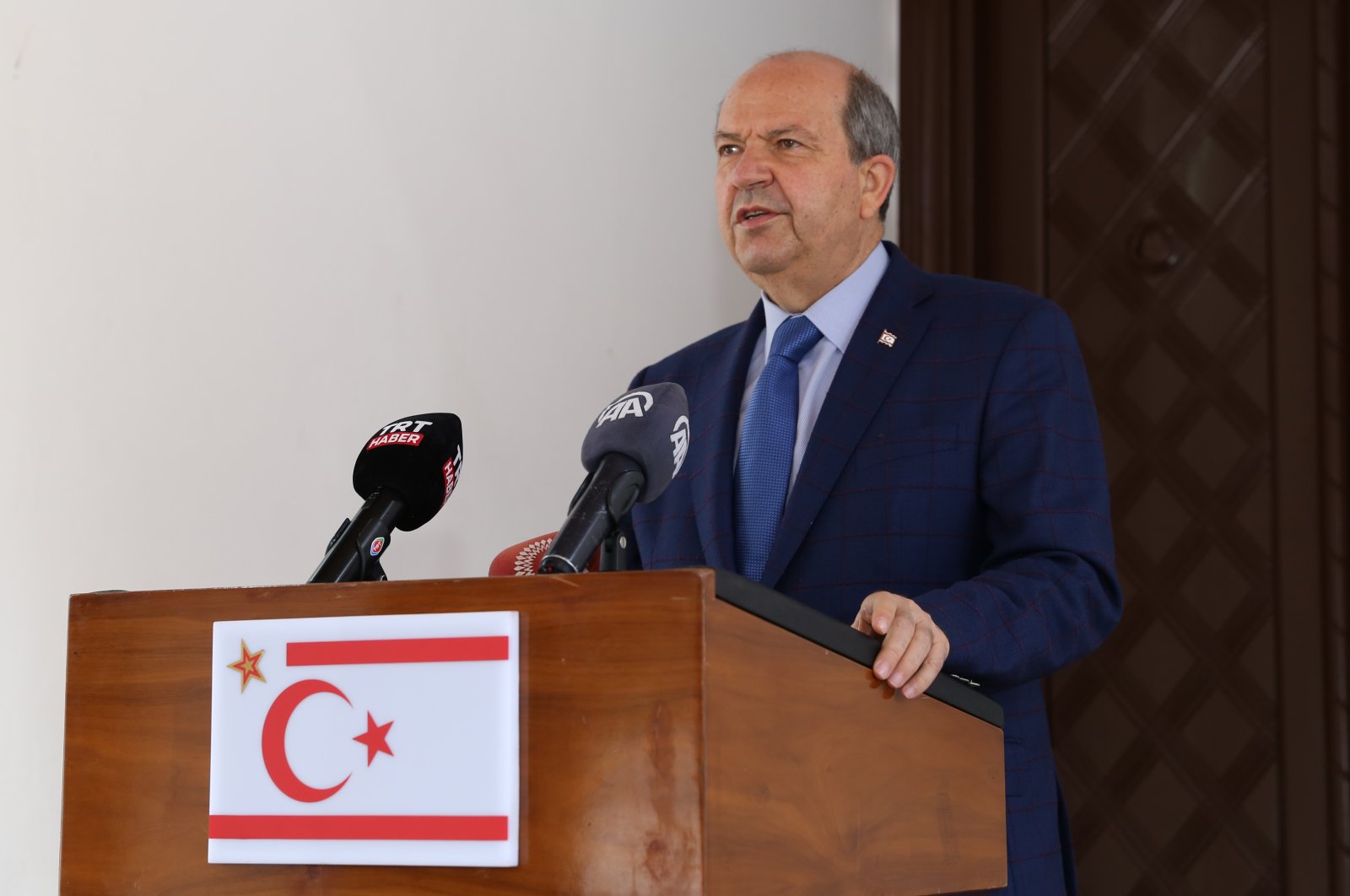 Republic of Northern Cyprus (TRNC) President Ersin Tatar met with U.N. special envoy to Cyprus Jane Holl Lute and discussed the Cyprus dispute ahead of a conference on the future of the long-divided island later this month.

Tatar received the U.N. official at the presidency.

Speaking to reporters following their meeting, Tatar said: "What we want for the Turkish Cypriot people is to maintain their existence on the basis of equality, to protect existence under the roof of the TRNC, our security, our welfare, and our peace."

The meeting came ahead of an informal 5+1 meeting on Cyprus, which is set to take place in Geneva on April 27-29 under the auspices of the U.N.

Tatar noted that Lute had pushed for an informal conference for a long time and that it would be the first meeting U.N. Secretary-General Antonio Guterres will attend since the outbreak of the coronavirus.

"The Turkish Cypriot people always want an agreement on Cyprus on the basis of equality," Tatar said.

Noting that federation-based negotiations have been held over the Cyprus issue for 50 years, Tatar said: "Now there can only be a sustainable agreement with the establishment of a state-to-state relationship."

"We expressed to them [Lute and her team] that it would not be easy to maintain a structure under the roof of a single sovereignty, which had been tried a lot before, and that no result could be reached, as in the Annan Plan and Crans-Montana," he added.

The island of Cyprus has been divided since 1974, when a Greek Cypriot coup was followed by violence against the island's Turks and Turkey's intervention as a guarantor power.

The 2017 Crans-Montana Conference in Switzerland held with the participation of the guarantor countries ended in failure.

April's informal 5+1 meeting on the Cyprus issue will seek to determine whether the parties can find a common ground from which to negotiate a lasting solution to the Cyprus problem within the foreseeable future. It will be attended by two parties on the island, the three guarantor countries of Turkey, Greece and the U.K., and the UN.