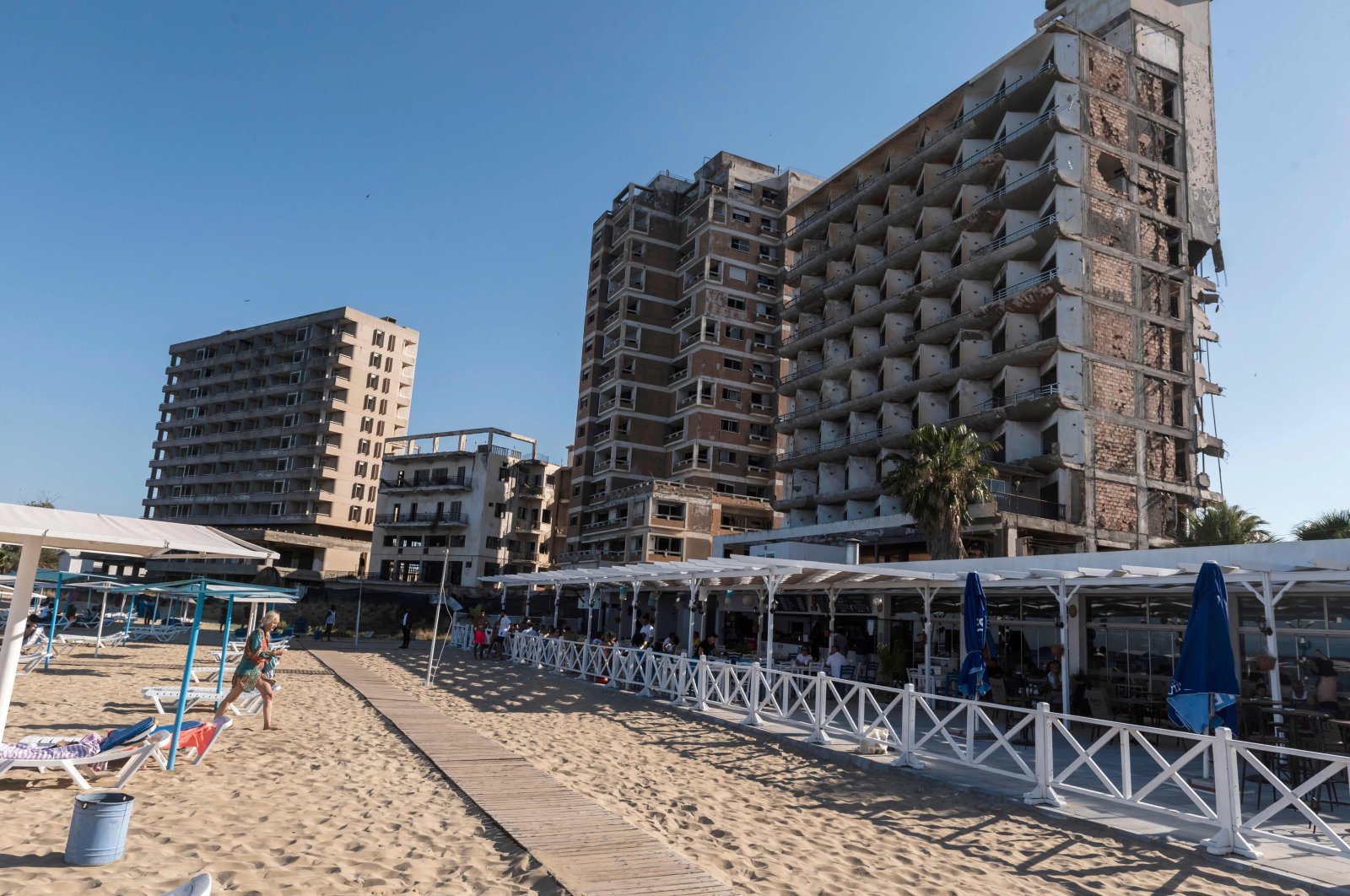 The coastal town Varosha (Maraş) is within the borders of the Turkish Republic of Northern Cyprus (TRNC) and cannot be transferred to the control of the United Nations, TRNC President Ersin Tatar said Monday, underlining that the steps taken in the region have been in line with the international law.

Tatar chaired a Cabinet meeting, organized with the main agenda of focusing on the reopening process of Varosha. He said after the meeting that they evaluated the latest situation in the process.

Stating that the Turkish side now emphasizes the two-state solution policy based on sovereign equality in Cyprus, Tatar pointed out that the Varosha opening is also an important dimension of this policy.

"This new policy and understanding reached in Cyprus after years is maintained with the great support of both the president, the government and the Republic of Turkey," he said.

Underlining that there can be no agreement on a federal basis in Cyprus, especially after the failed talks in Crans-Montana in 2017, Tatar said that the Greek Cypriot side did not see the Turkish side as equals, so they advocated a two-state solution.

"3.5% of the closed Varosha has been converted from a military zone to a civilian zone; in a way, it is opened to settlement. Our policy in order to be opened for settlement, the Immovable Property Commission, is able to produce these decisions. In this meeting, the Immovable Property Commission needs to be strengthened to make these decisions quickly. That institution needs to come to the decision-making stage. There may be some problems at the moment. We have reviewed them and given instructions regarding them," Tatar said.

Underling that all decisions regarding Varosha have been taken in line with the international law, he further said: "Varosha is within the borders of the TRNC, there are comments such as transferring it to the U.N. We will never respect this, and those decisions do not bind us. It is human rights that bind us, also the (area's) former owners. In order for these returns to be made to them, the Immovable Property Commission must produce these decisions."

Varosha was partially reopened to the public last October after having been a "ghost town" since 1974.

Entry into the town located in Northern Cyprus was prohibited except for Turkish army personnel stationed in the TRNC.

Reminding that the Greek side had rejected the opportunities for the return of Varosha to the Greek side, Tatar said that they could not keep Varosha closed for another 46 years against this mentality and that they had changed the game with the new policy.

Cyprus has been mired in a decadeslong dispute between Greek and Turkish Cypriots, despite a series of diplomatic efforts by the U.N to achieve a comprehensive settlement.