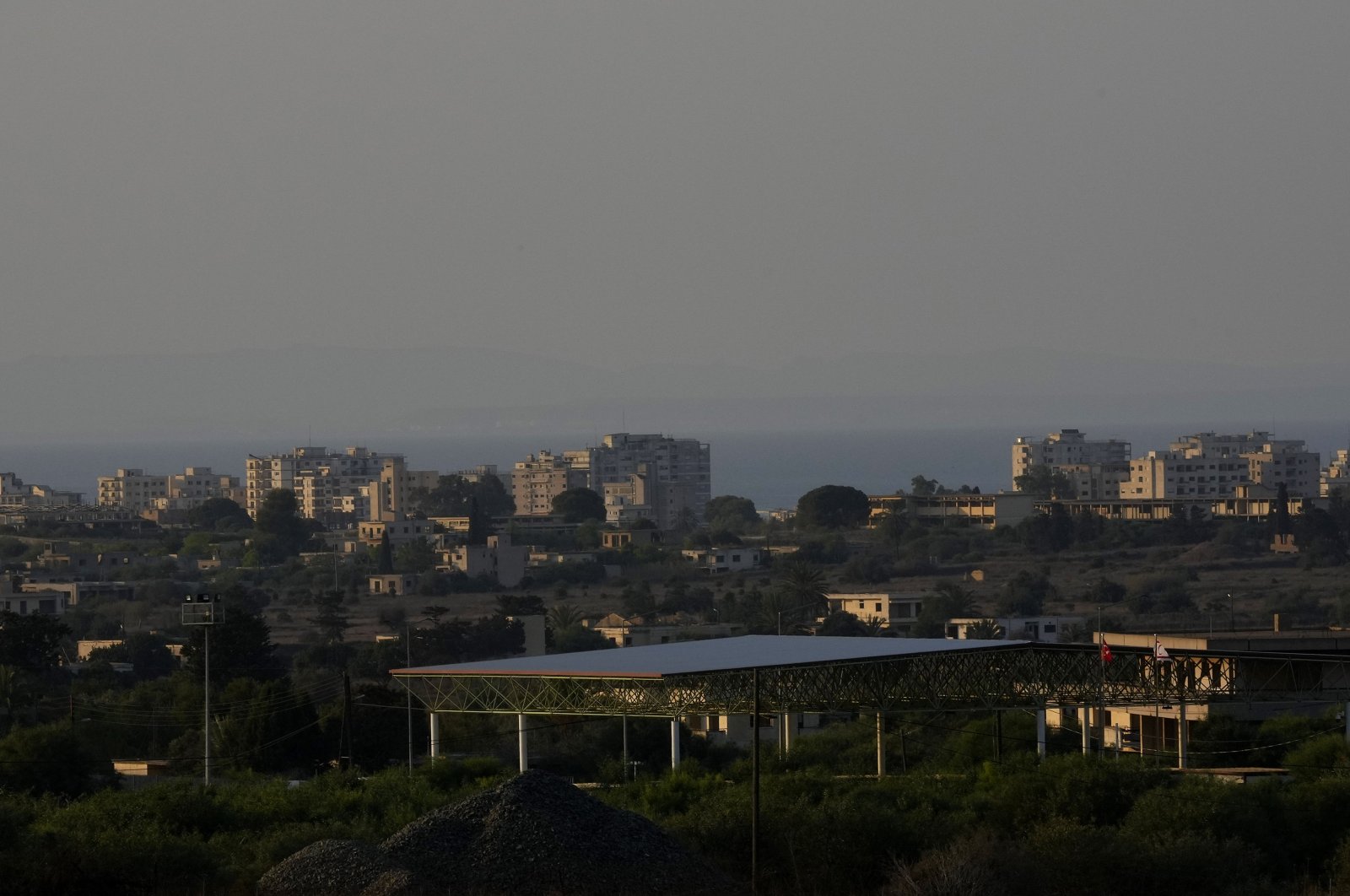 The locals of the Turkish Republic of Northern Cyprus' (TRNC) Gazimağusa (Famagusta) believe that the gradual reopening of Varosha (Maraş) after being abandoned as a ghost town for 46 years will bring positive results to the region and the island of Cyprus.

Citizens in Gazimağusa shared their views with Anadolu Agency (AA) on the Varosha initiative policy carried out by the TRNC government and supported by Turkey.

Naime Irisoğlu, one of the residents of the region, hopes that the reopening of Varosha wıll be beneficial and stated that many people could be provided with job opportunities by integrating the region into the economy.

"I hope the Varosha expansion will continue, and if it is opened, it will be good for us and the Greeks," she said. "Of course, we want the (barbed wire fences) to be removed. It is really bad for us that Varosha has been closed for 46 years. It was a ghost town and we want it to come alive."

Retired police officer Erdal Özgöray said that he supports the opening process of Varosha and that it is well past the time for such a breakthrough.

"The opening of Varosha will benefit everything; (if it remains closed), it will be harmful. There will be business, people will increase and it will be beneficial for Famagusta. Right now, we see nothing but a closed area," he said.

Özgöray defended the idea that those who have property in Varosha should take it back, adding that with such a breakthrough the region would come to life.

Ertuğrul Çakırgöz stated that Varosha should have been opened much earlier, adding that opening it will have great benefits and will create employment in Turkish Cyprus.

Çakırgöz, who said that Greeks could also live in Varosha under Turkish rule, expects that many Greek citizens could return to the region.

Driver Selami Yıldız underlined that the locals happily welcome the opening of Varosha. Stating that there will be a great amount of development around Varosha with the landscaping to be made, Yıldız said, "I have been living in this neighborhood for 14 years. This neighborhood has not been this popular until now. I can now travel comfortably in Varosha, I did not have such a chance before."

Stating that the Greeks who have the right, should apply and get their properties, and that they can live under Turkish rule, Yıldız said that removing the fences around Varosha would be very good for the region and especially for the local people.

Municipality employee Ibrahim Gömeç pointed out that the opening of Varosha would bring positive results to the people of the region and the island of Cyprus.

Gömeç said: "This place has been closed for 46 years. There are many beautiful beaches in Varosha and it is more beautiful than the beaches on most of the islands. It will be a great opportunity for both businesses and people to use the beaches. Believe me, much better things can be done here with the full opening of Varosha. However, the administration should definitely be on the Turkish side."

Nihal Akmercan supports the opening of Varosha if it does not harm the people of the TRNC.

"It is better for Varosha to be open than to remain closed. At least there will be a liveliness, the work areas of the people will be expanded and small business will come to life. It is better if it is alive than a dead town," Akmercan said.

Turan also emphasized that there are unique beaches and hotels in Varosha.

At the TRNC Council of Ministers meeting on June 18, 2019, it was decided to take steps to open Varosha, which had been closed since 1974, and to conduct a scientific inventory study with an expert team.

A part of the public Democracy Street and the beach part of Varosha, within the borders of the TRNC, was opened on October 8, 2020.

TRNC Prime Minister Ersan Saner visited the region – which was demilitarized by the decision of the Council of Ministers on July 12, 2021 – on July 26, 2021, within the scope of the second phase of the Varosha opening, and conducted inspections.

Saner, in his statement there, said: "With the decision taken by our government, we have provided the opening of 3.5% of our closed Varosha region with the second stage as of now. In this context, 337 property owners have been submitted to the Property Arrangement Commission (immovable property commission) for the total of closed Varosha. In the region taken out of the restricted military zone, 36 people have applied to obtain their property from the commission by means of exchange, compensation or return. The cases will be evaluated and decisions will be made by the commission."

Most recently, the United Nations Security Council condemned the decision by Turkey and Turkish Cyprus to reopen a residential section of the abandoned suburb last week and called for its “immediate reversal," warning that it could raise tensions on the divided Mediterranean island.

In response, Turkey's Foreign Ministry Friday rejected the UNSC's statement as well as the "unfounded claims" of several countries on the reopening of Varosha in Turkish Cyprus.

"We reject the Presidential Statement made by the U.N. Security Council on the second phase of the Maraş initiative, announced by the president of the Turkish Republic of Northern Cyprus (TRNC), H.E. Mr. Ersin Tatar, on July 20, 2021, as well as the statements from various countries which are based on unfounded claims and inconsistent with the realities on the island," the ministry said in a statement.

"These statements are based on Greek-Greek Cypriot black propaganda and groundless claims, including Maraş not being TRNC territory, that the TRNC will confiscate the properties in Maraş and bring settlers there against property rights," it added.

Noting that Varosha is part of Turkish Cyprus, it underlined that the city "has not been opened to settlement and was declared a military zone as a goodwill gesture by the TRNC authorities."

"The UNSC statement on the reopening of the town of Varosha in Turkish Cyprus is an unprincipled statement meant to save the day in the face of pressures from the Greek Cypriots and Greece," the TRNC also said.

Varosha was partially reopened to the public Oct. 8, 2020, after decades as a ghost town. It was abandoned after the UNSC passed Resolution 550 on May 11, 1984, which said the town can only be resettled by its original inhabitants. Located in Northern Cyprus, entry into the town was forbidden except for Turkish army personnel stationed in the TRNC.