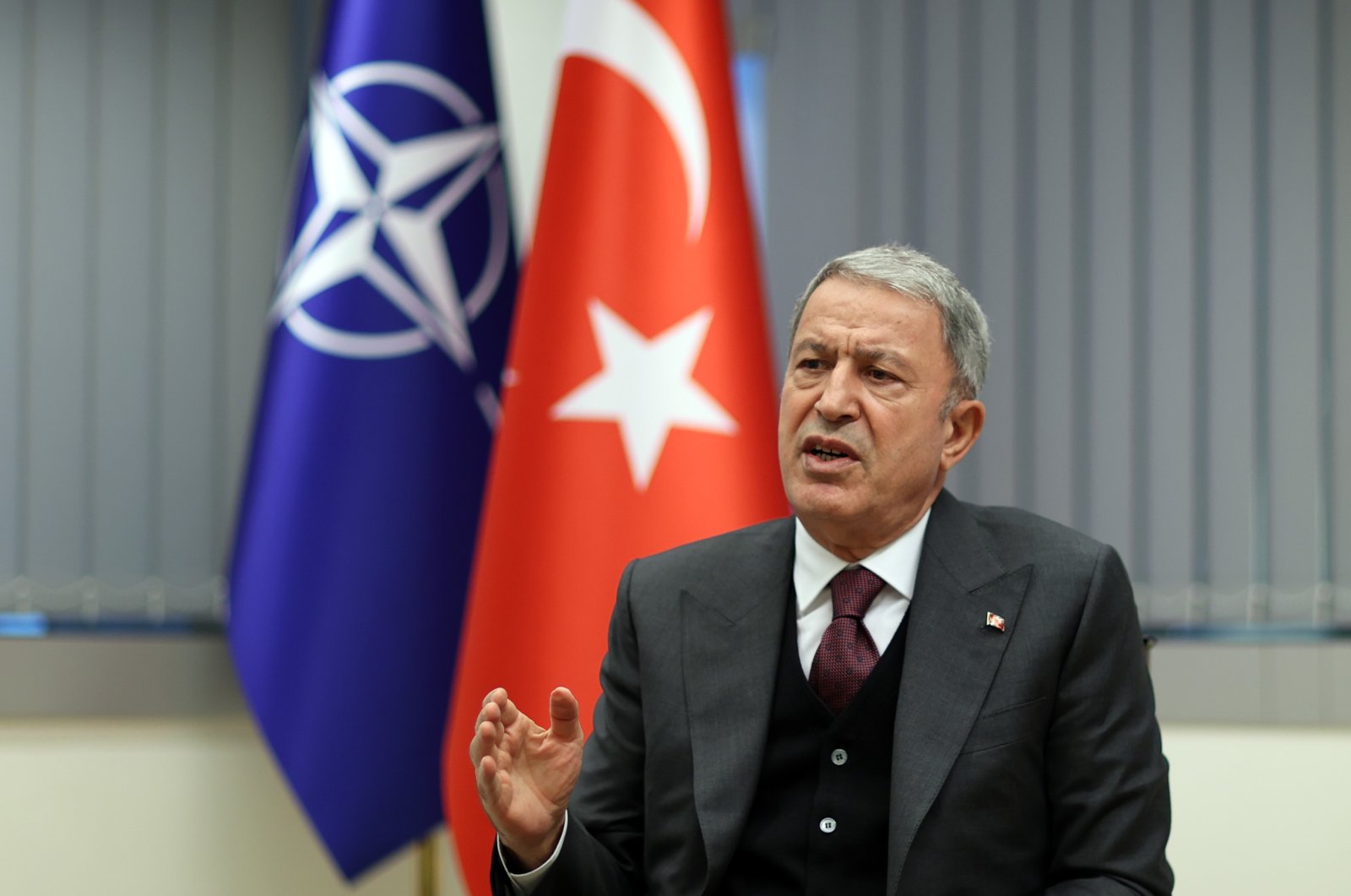 Turkey's Defense Minister Hulusi Akar said the formation of alliances outside of NATO would harm the organization, according to comments released on Saturday, after Greece and France agreed on a defense pact last month.

"We had a positive and constructive meeting with the Greek defense minister (Nikos Panagiotopoulos)," Hulusi Akar told reporters late Friday. "We expect to see the positive results of this meeting in the coming days."

He reiterated that provocative actions and rhetoric that ramp up tensions between the two nations "would not be beneficial."

On Greece's ratification of the defense pact with France earlier this month, Akar said that since all three countries are members of NATO, such alliances threaten to “harm both NATO and bilateral relations and undermine trust."

"Given that we are inside NATO, everyone should know that the search for various alliances outside of it will both cause harm to NATO and our bilateral relations, and shake confidence," Akar told reporters after NATO defense ministers met in Brussels this past week.

Similarly, NATO Secretary-General Jens Stoltenberg earlier this month appeared to be critical of European defense initiatives that are not within NATO.

“What I don’t believe in is efforts to try to do something outside the NATO framework or compete with or duplicate NATO, because NATO remains the cornerstone, the bedrock for European security, and also actually for North American security,” Stoltenberg said in a speech without directly mentioning the defense deal between Greece and France.

The Greek parliament on Oct. 7 ratified a defense deal struck with France for the purchase of three French-made Belharra frigates, an agreement criticized by neighbor Turkey.

In contrast to other EU and NATO allies, France strongly backed Greece and the Greek Cypriot administration at the time, sending warships and fighter jets to the Eastern Mediterranean.

Greece has often been embroiled in tensions with neighboring Turkey over a range of issues, from competing claims over hydrocarbon resources in the Eastern Mediterranean to the demilitarization of islands in the Aegean. Greece's burgeoning arms program is designed to counter Turkish challenges in the Eastern Mediterranean, against which France is among the few EU states to have offered public support in past months.

On Turkey's project to upgrade its F-16 jet fleet, Akar said that technical work has been started for both the supply of Block 70 Viper F-16s from the U.S. and the modernization of some jets it already owns.

Akar also said that during their meeting the NATO defense chiefs had discussed issues of deterrence, regional and global developments – especially Afghanistan – and the challenges of climate change.