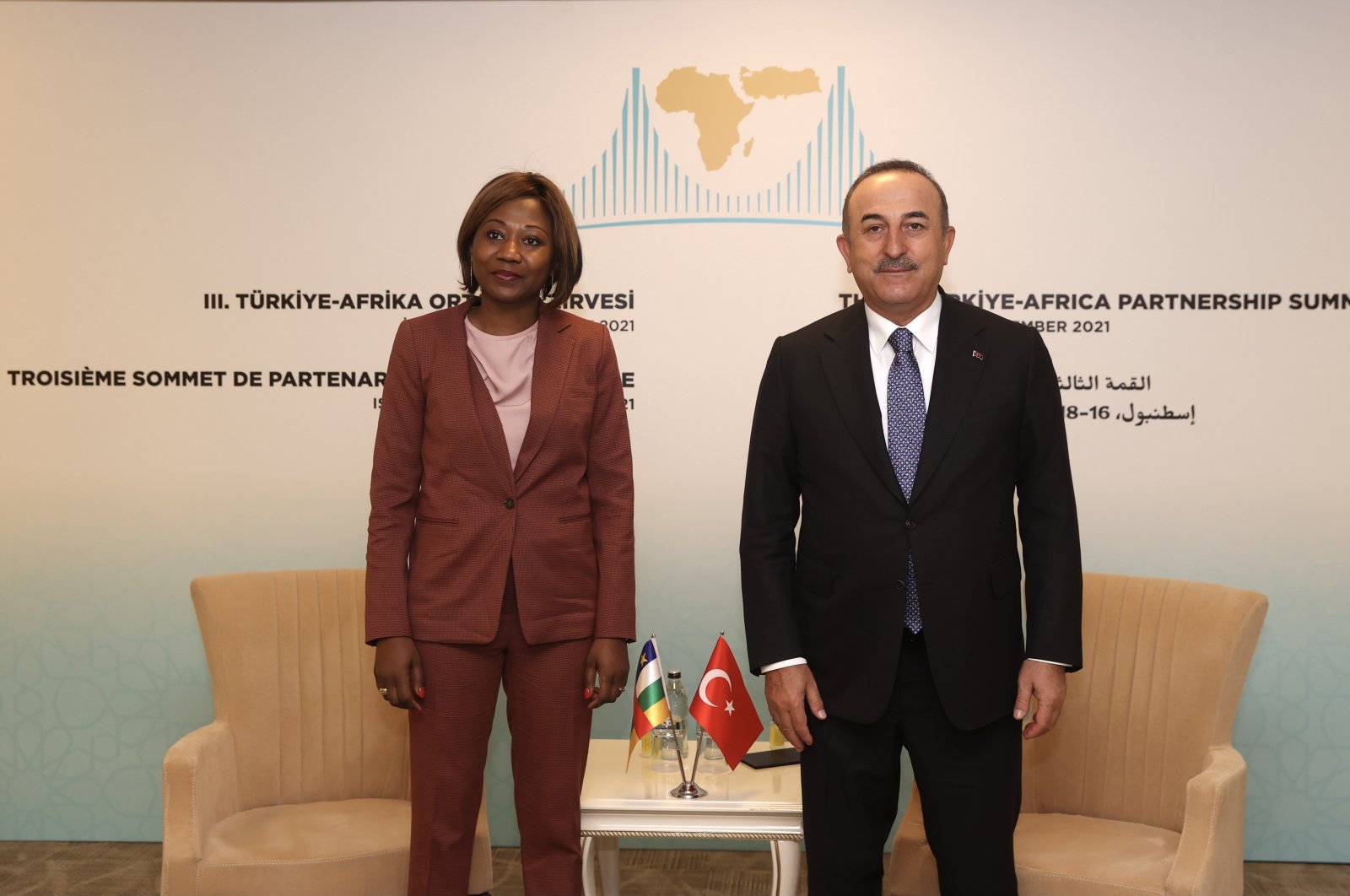 Foreign Minister Mevlüt Çavuşoğlu on Thursday met with his African counterparts within the framework of the 3rd Turkey-Africa Partnership Summit in Istanbul.

Çavuşoğlu said on Twitter that he met with Albert Shingiro of Burundi, Kandia Camara of Ivory Coast and Frederick Musiiwa Makamure Shava of Zimbabwe.

In a later tweet, Çavuşoğlu said he held his last bilateral meetings on the sidelines of the summit with Lejeune Mbella Mbella of Cameroon and Cherif Mahamat Zene of Chad.

The first Turkey-Africa Partnership Summit was held in Istanbul, the second in Malabo, the capital of Equatorial Guinea, and the third has kicked off at the Istanbul Congress Center.

Organized by Turkey's Presidency, the three-day summit, which will continue until Saturday, is being attended by heads of state and representatives of international institutions from African countries.

President Recep Tayyip Erdoğan last month once again reaffirmed that Turkey’s approach in its ever-growing relations with African countries is based on equal partnership and a win-win principle, emphasizing the strong will to further develop commercial ties.

Ankara has been stressing the desire to advance relations with the continent on the basis of a win-win relationship and equal partnership while observing mutual respect. Both sides have been vowing to tap into their greater potential when it comes to further expanding and deepening relations.

Turkey's opening up to Africa dates back to the action plan adopted in 1998 but took real shape in 2005, which was declared the “Year of Africa” by Ankara. Turkey was accorded observer status by the Africa Union (AU) the same year.

In a reciprocal move, the AU declared Turkey its strategic partner in 2008, and relations between Africa and Turkey gained momentum when the first Turkey-Africa Cooperation Summit was held in the commercial capital Istanbul with the participation of representatives from 50 African countries that year.

In 2009, there were only 12 Turkish embassies in African countries, with five of them in North Africa. Now, there are 42. While Turkish Airlines has flights to 60 different destinations in 39 countries, the Turkish Cooperation and Coordination Agency (TIKA) has nearly 30 coordination centers on the continent and the Foreign Economic Relations Board (DEIK) has joint business councils with more than half of all African countries.