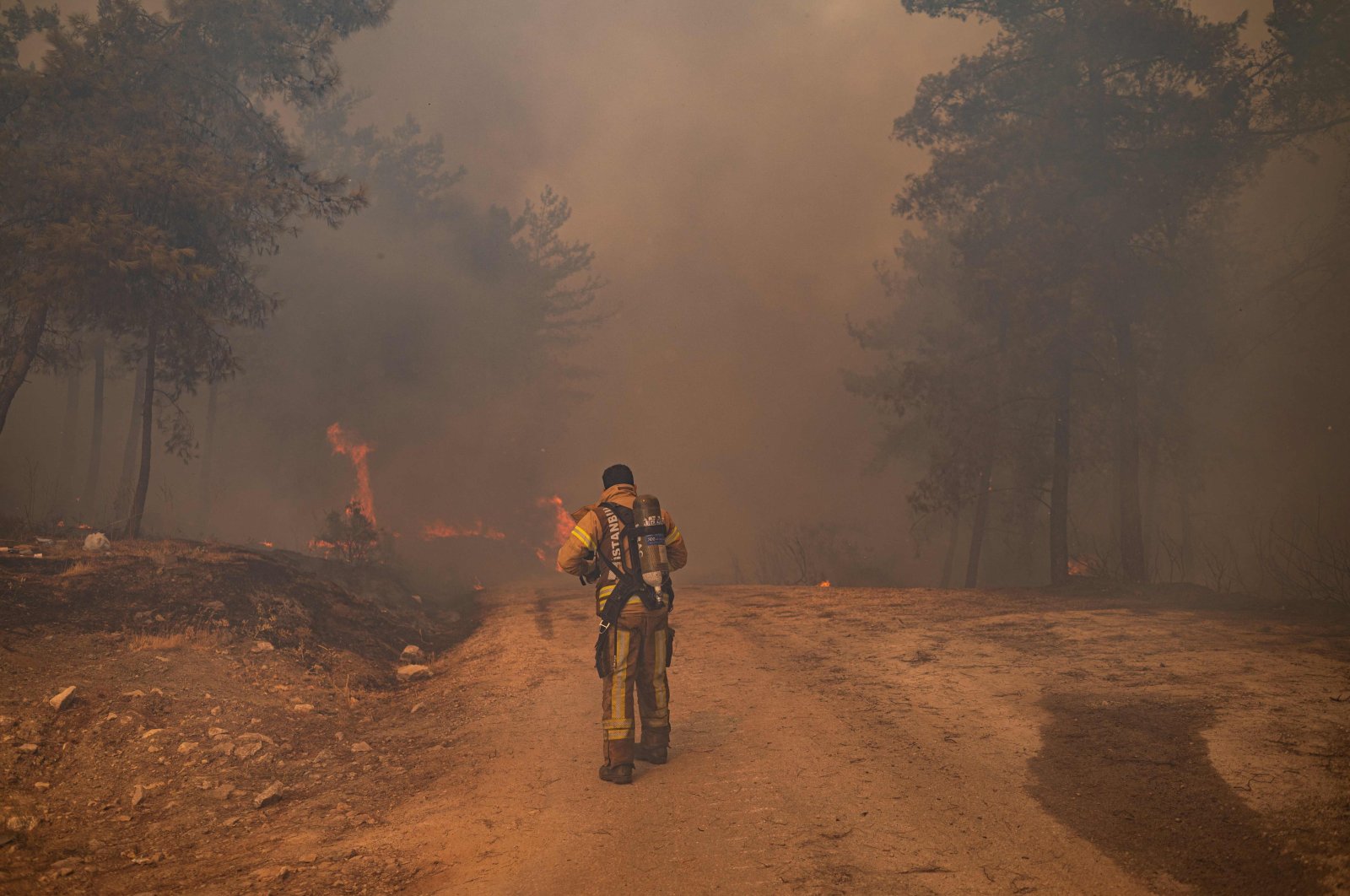 Turkish groups operating in Australia have launched an aid campaign to help those who were affected by wildfires in Turkey.

Nuh Arslantaş, Administrative and Social Affairs Attache at the Consulate General of Melbourne, told Anadolu Agency (AA) that they organized the aid campaign they started with the theme "let's heal the wound of our country together" with Turkish-Islamic societies.

Stating that Turkey went through a great test with the fires in different places, he added: "We found it appropriate to launch a campaign that would include Turks and other Muslims. There were also personal initiatives from the Turkish society, but we received a great deal of attention from our society; there were those who wanted to help, those who wanted to contribute to our country. In order to meet these expectations of our community members, we have started a support campaign that will last 3 weeks as of today."

Bilal Aksoy, Administrative and Social Relations Attache of the Consulate General of Sydney, said that they wish God's mercy on those who lost their lives in the fires and a speedy recovery to the injured.

Expressing that the state and the nation mobilized and made every effort to extinguish the fires, Aksoy said: "We, as the Australian Religious Foundation and the Turkish-Islamic societies in New South Wales and Queensland, have started an aid campaign in order to contribute to the extinguishment of these fires and the elimination of the material and moral damage caused by the fires. We witnessed the interest of not only the Australian Turkish community but also Australians and other Muslim brothers and sisters in our campaign."

Turkey managed to bring 152 fires in 32 provinces under control, but new flare-ups are adding to the country's woes. At least eight people have lost their lives in the fires since they started last week, while dozens of others have been hospitalized for burns and smoke inhalation. The victims include elderly locals trapped in fire-hit regions, two firefighters in Manavgat and a young volunteer aiding firefighters in Marmaris of Muğla.

Countries maintaining close relations with Turkey lined up to offer support for deadly forest fires. So far, 18 firefighting planes and helicopters have arrived in the country from Azerbaijan, Iran, Russia, Croatia, Spain and Ukraine.

President Recep Tayyip Erdoğan on Tuesday thanked countries that were sending aid, expressing condolences and stating a readiness to assist in Turkey’s fight against blazes tearing through forests and villages on the country's southern coast.