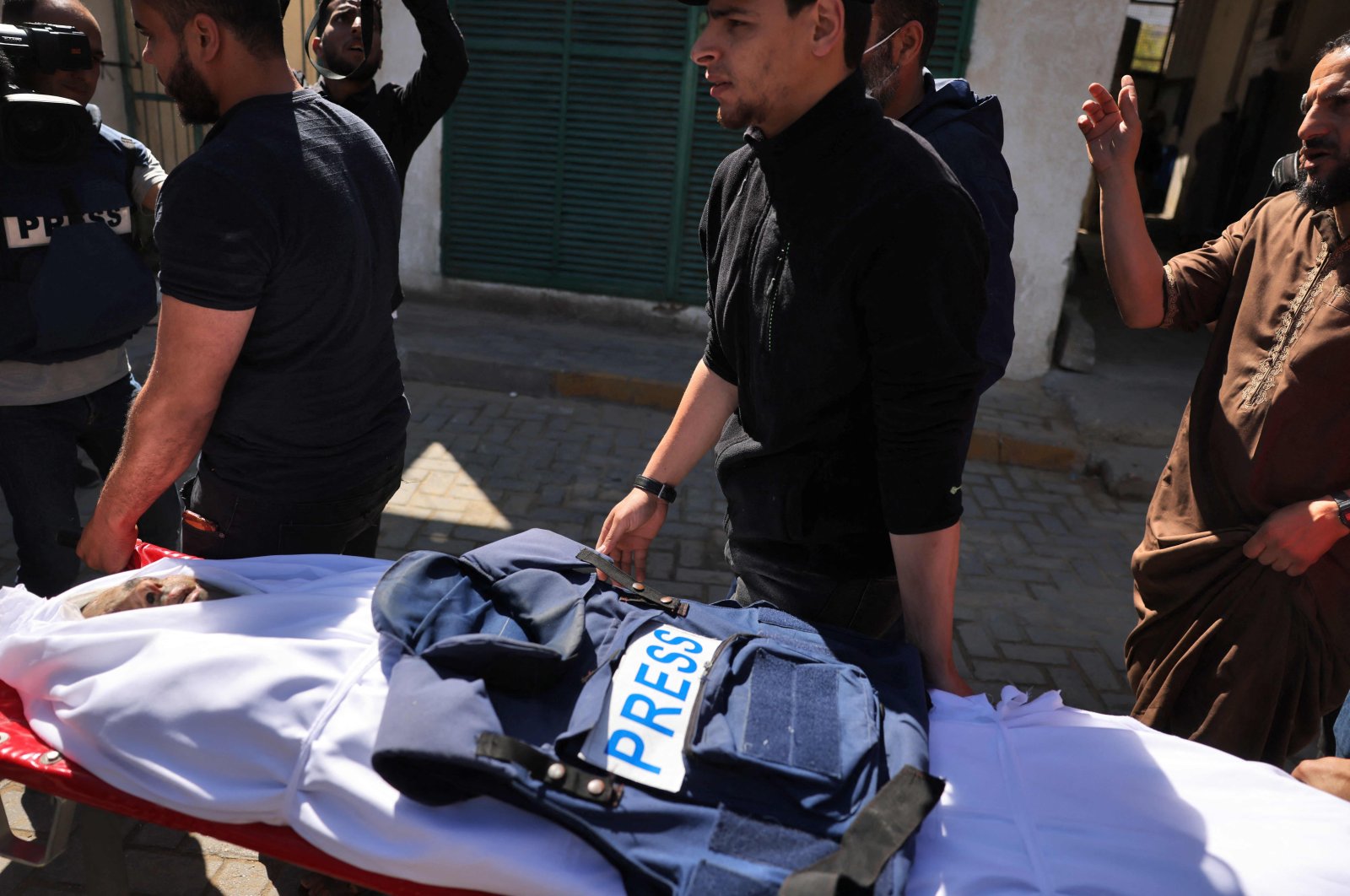 Palestinians attend the funeral of a journalist who was killed by an Israeli strike at his home north of Gaza City, Palestine, May 19, 2021. (Photo by Mohammed Abed / AFP)
by Anadolu Agency May 20, 2021 2:51 pm
RECOMMENDED

A Turkey-based nongovernmental organization (NGO) of Turkish journalists has launched an online petition campaign demanding an end to Israeli attacks on their Palestinian counterparts.

The Journalists Solidarity Initiative for Palestine said in a statement that Israel was committing a "genocide" and indiscriminately massacring Palestinian civilians, including women, children, the elderly and journalists.

Between 2000 and 2020, Israeli forces killed more than 46 journalists, according to a tally by the Palestinian Journalists Syndicate.

In 2019, they also targeted Anadolu Agency's (AA) offices. In more recent attacks, they destroyed a media center with offices of The Associated Press, Al Jazeera and local journalists. They also bombed five out of six internet transmitters connected to Al Jawal Telecommunication.

They praised journalists in the occupied Palestinian territories for their courageous news reporting in the face of attacks and pressures by the Israeli administration.

The group went on to say that civilians and journalists in conflict zones are protected under several international agreements as long as they did not directly engage in clashes.

Calling out Israeli forces for violence against journalists since the occupation in 1948, the group said, millions of press members around the world will continue to be the voice of the Palestinians and the truth will not be hidden.